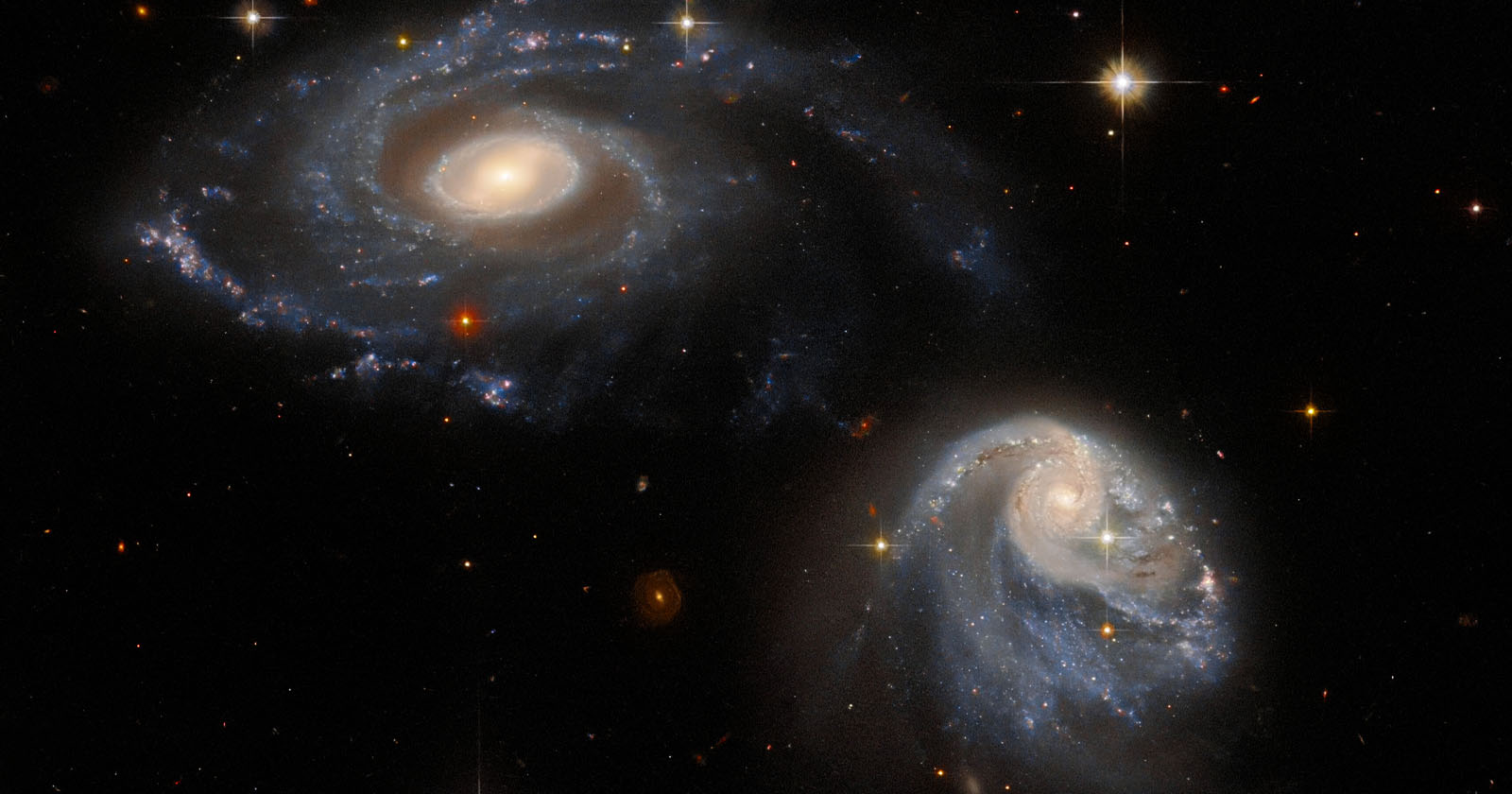 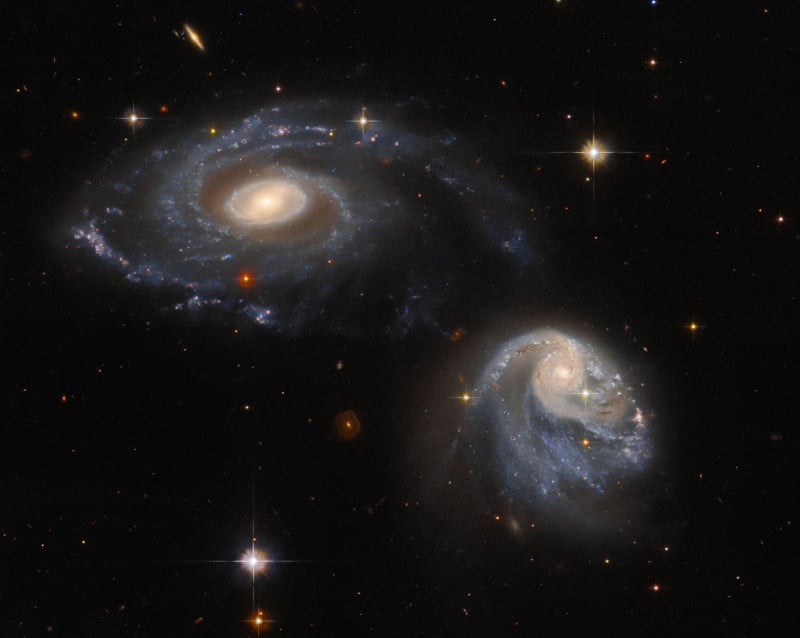 Even though the James Webb Space Telescope tends to steal the space-themed headlines lately, the Hubble Space Telescope is still capturing incredible photos of the universe, including this galactic pair that are so close to one another that they are distorted by each other’s gravity.

The photo, which shows two interacting galaxies known as Arp-Madore 608-333, was recently captured by the legendary space telescope’s Advanced Camera for Surveys and shared by NASA and the European Space Agency (ESA). In the photo, the two galaxies appear to float side by side and unlike other photos where perspective is responsible for making two celestial objects look like they are right next to one another, in this case they actually are.

The ESA says that these two galaxies are so close to one another that they are subtly warming each other through “a mutual gravitational interaction” that is disrupting and distorting both galaxies.

The photo is part of what ESA describes as an effort to build-up an archive of “interesting” targets for more detailed study in the future with Hubble, ground-based telescopes, and the James Webb Space Telescope.

“To build up this archive, astronomers scoured existing astronomical catalogs for a list of targets spread throughout the night sky. They hoped to include objects already identified as interesting and that would be easy for Hubble to observe no matter which direction it was pointing,” the space agency says.

While Hubble is now decades old and has stayed in operation well beyond its original expectations, it is still capable of being incredibly useful to scientists and astronomers. Even though the resolution of its camera is significantly less than that of the James Webb Space Telescope, it is so valuable that NASA is investigating ways to assure it remains usable for years to come.

At the end of September, NASA and SpaceX agreed to investigate if it would be possible to use a Dragon spacecraft to boost Hubble into a higher and more stable orbit which would increase the number of years it could be used. NASA needs SpaceX’s help because there are no current plans to service Hubble in person ever again, since the shuttles that did for several years after its original launch have since been decommissioned.

To underscore Hubble’s value further, ESA says that securing observation time with the telescope is still extremely difficult, drawn out, and competitive.

⭐ Easy Duo Tone Effect In Photoshop!
Rode introduces its newest entry-level on-camera Rode VideoMicro II microphone
How To Easily Batch Edit in Lightroom Classic | In A Lightroom Minute
Cardi B and Her Photographer Sued for Copying Artist’s Marge Simpson Piece
The best gifts for photographers, according to the pros