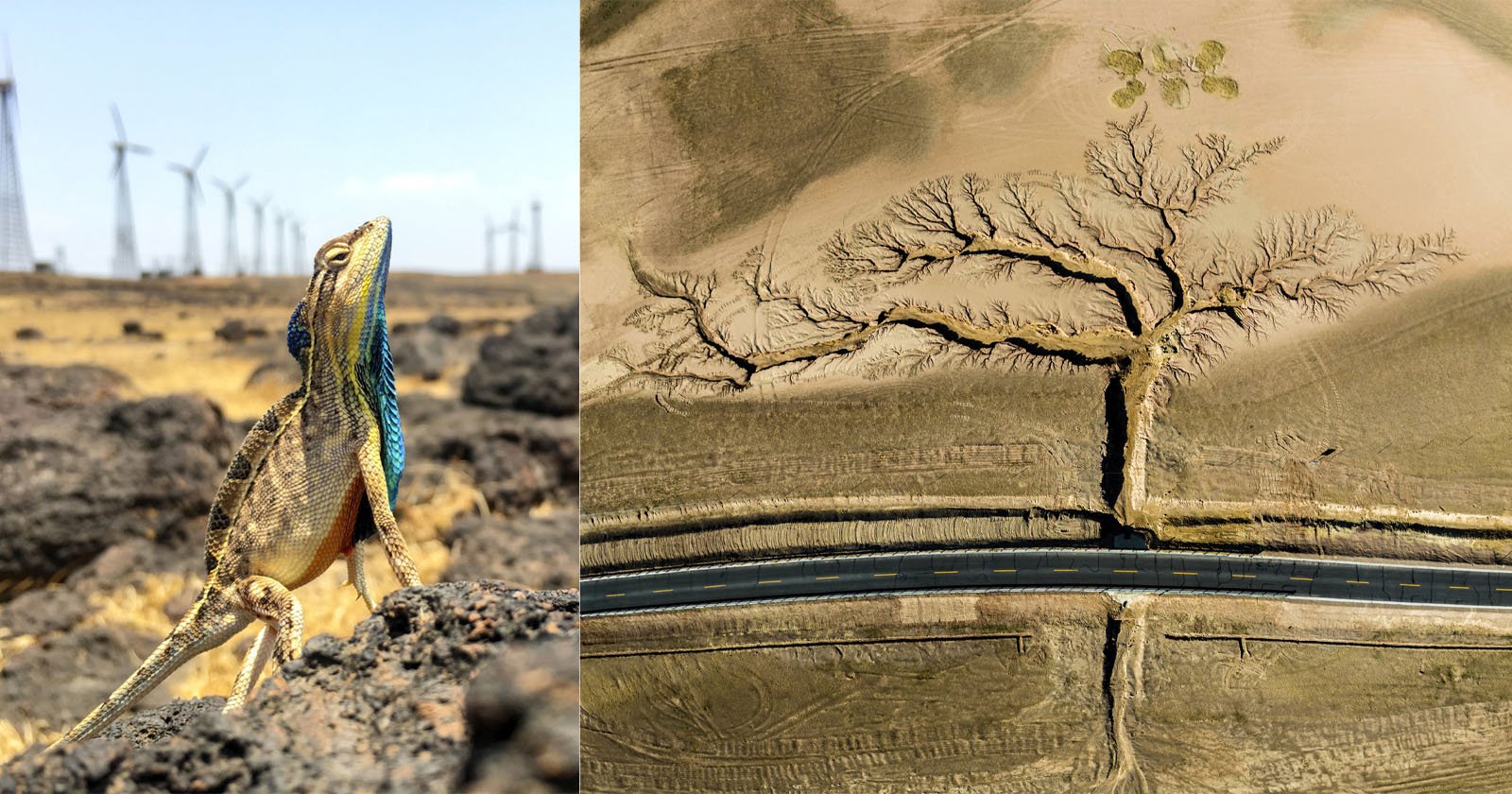 The Nature Conservancy has announced the winners of its 2022 Photo Contest featuring images of landscapes, people, climate, and more.

The categories include landscape, people and nature, climate, water, plants or fungi, and wildlife. The winners include first- and second-place holders in each category, a Celebrity Choice winner, Guest Judge Choice winner, and of course, the Grand Prize, which offers an admission ticket to Extreme E’s Uruguay Race. Round trip air fare and three-nights stay is also included in the prize.

The Grand Prize photo, as shown above, was taken by Li Ping, a China-based photographer who shoots nature, cultural landscapes, and architecture.

“I was inspired by the magical presence of nature which can go beyond individual lives,” Ping says.

“The diversity of images from around the world gave a glimpse into our fragile planet and all the life that inhabits it,” guest judge Ami Vitale said in the announcement. “The contest itself was a mesmerizing odyssey and we are left with a profound message of how interconnected all of us are and what it means to our own survival to intermingle with wildness.”

Below are the winners of the other categories along with the descriptions of the photos. Other entries to the contest can be seen on the organization’s website.

“The composition of this photo and its color balance is absolutely beautiful. The eye is drawn to these elements first and then you realize the center point is the mother polar bear and her cubs. The abandonment of the Russian settlement is a powerful statement that nature can and hopefully will reclaim its rightful place and despite the mess we leave behind life finds a way,” Peterson says with regard to the photo.

“For an animal like the polar bear, which is physically running out of space for existence due to constantly melting sea ice, the bravery it shows for a mother to find a place of refuge for her cubs is a heartwarming scene amongst the frigid feel this entire vision portrays.”

Image credits: All photos are individually credited and provided courtesy of the TNC Photo Contest.

Meike Introduces a 25mm f/0.95 Lens for APS-C Cameras
Haukland Photography Jacket Review: Snug as a Bug with Pockets Galore
Questmas Time is Here!
How To Easily Batch Edit in Lightroom Classic | In A Lightroom Minute
Cardi B and Her Photographer Sued for Copying Artist’s Marge Simpson Piece