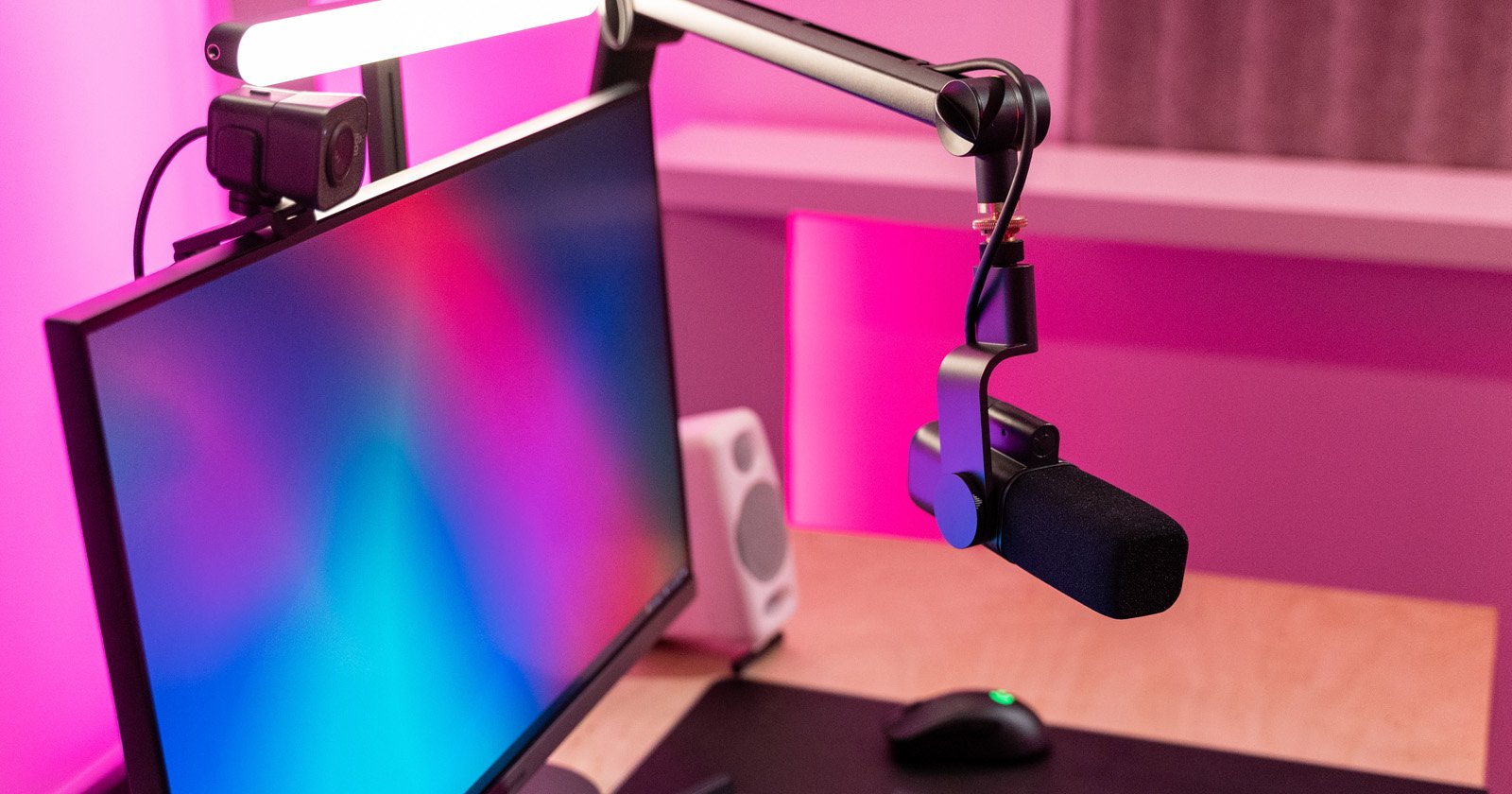 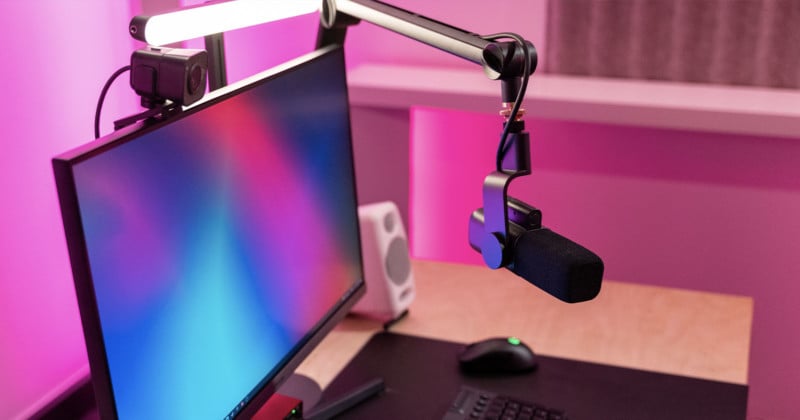 Logitech has added two new products to round out its Creator’s lineup: the Blue Sona XLR Microphone and Litra Beam desktop key light.

The Blue Sona XLR microphone joins the Yeti family of microphones, which include the Blue Yeti with is already popular with podcasters, and the Yeti X, which is targeted at streamers and gamers. The Blue Sona is an active dynamic XLR microphone that uses the company’s ClearAmp technology, which the company says allows it to “deliver a superior studio-quality sound experience.” 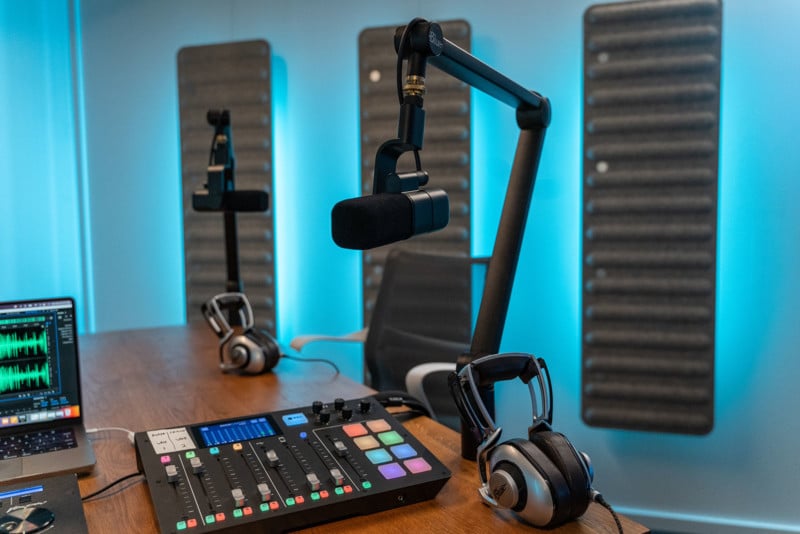 The Blue Sona XLR mic competes with the company’s own Yeti lineup and high-end mics from companies such as Røde, Shure, and Audio-Technica. With a $350 asking price, Logitech Blue goes toe-to-toe with the Shure SM7B, which lists for $499 but is often (and currently) on sale for $399.

The mic comes with an XLR jack rather than USB-audio output, as it seems intended for creators looking to get the best audio by way of a preamp mixing board. If creators don’t have an XLR board or adapter, small boards are available for around $90, while XLR-to-USB cables are much cheaper. 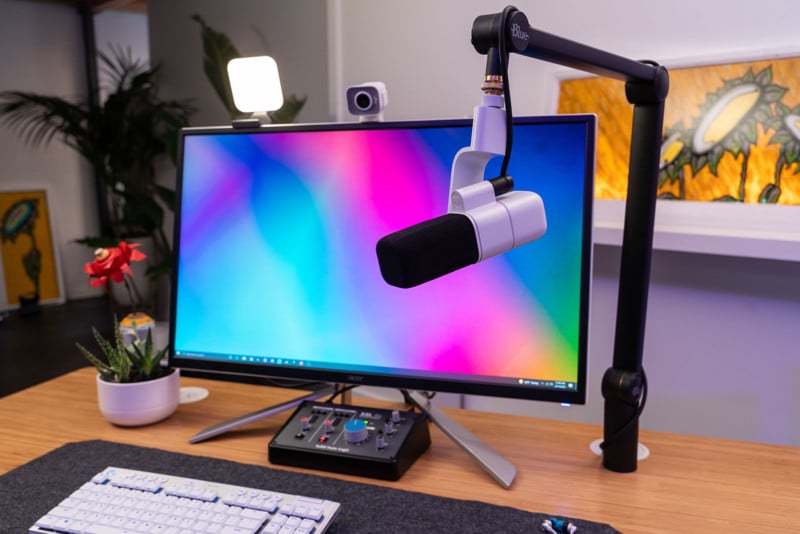 The Blue Sona has a dual-diaphragm dynamic capsule that Logitech says provides a “super low-end sound and superb detail.” One diaphragm captures voice audio while the other “absorbs unwanted noise and vibrations.”

Logitech seems to have emphasized the look of the Blue Sona and how it will appear on-camera. The microphone eschews the typical round cylinder design in favor of a rectilinear body. Both the body and the 290-degree swivel mount. The microphone comes in both a traditional black color, and a white finish to coordinate with any studio design. 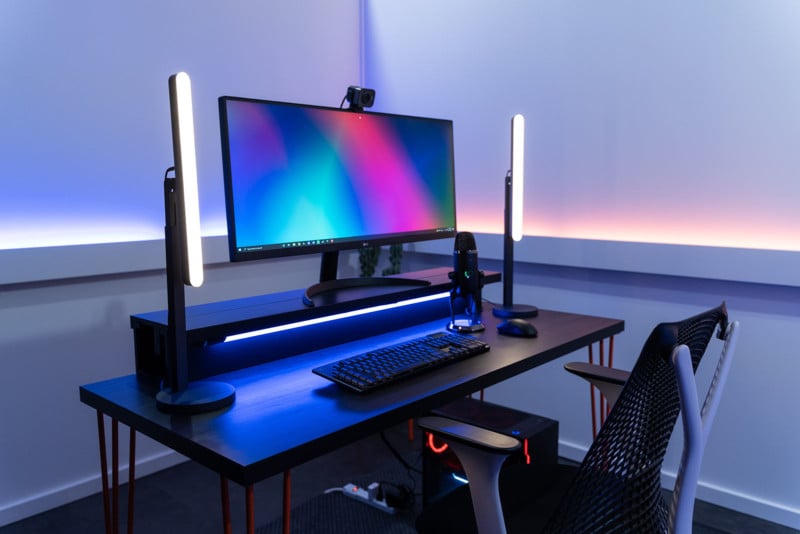 On the lighting front, the Litra Beam Desktop Key Light is a significant upgrade for the company’s creator line. The Litra Beam is an ample LED key light designed to provide primary illumination to creators recording at their desktops.

The light is mounted to a three-way swing arm stand and allows positioning beside on-screen talent or behind a monitor (depending on the monitor’s height) for smooth key lighting. The USB-powered Litra Beam has five color balance settings between 2700K and 6500K and works with the company’s G HUB desktop software. 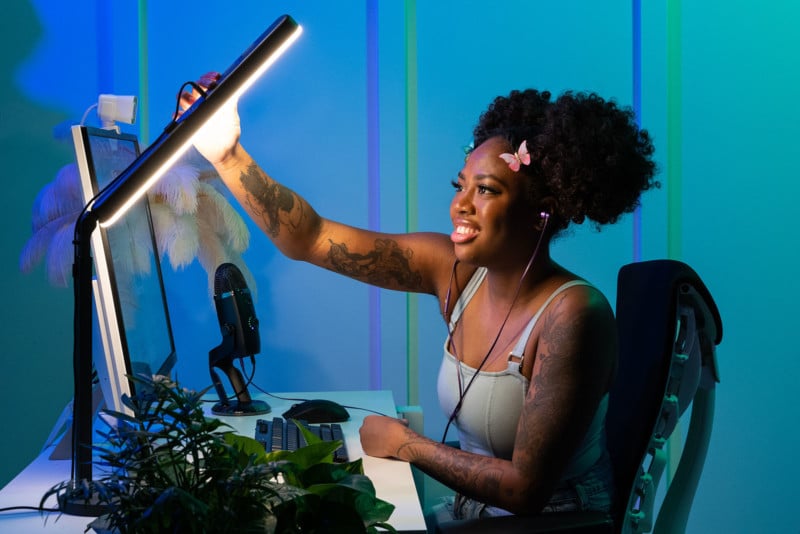 To recap, the Logitech Litra Beam is available for $100 while the Blue Sona can be purchased for $350. PetaPixel will test both pieces of equipment in a full hands-on review.