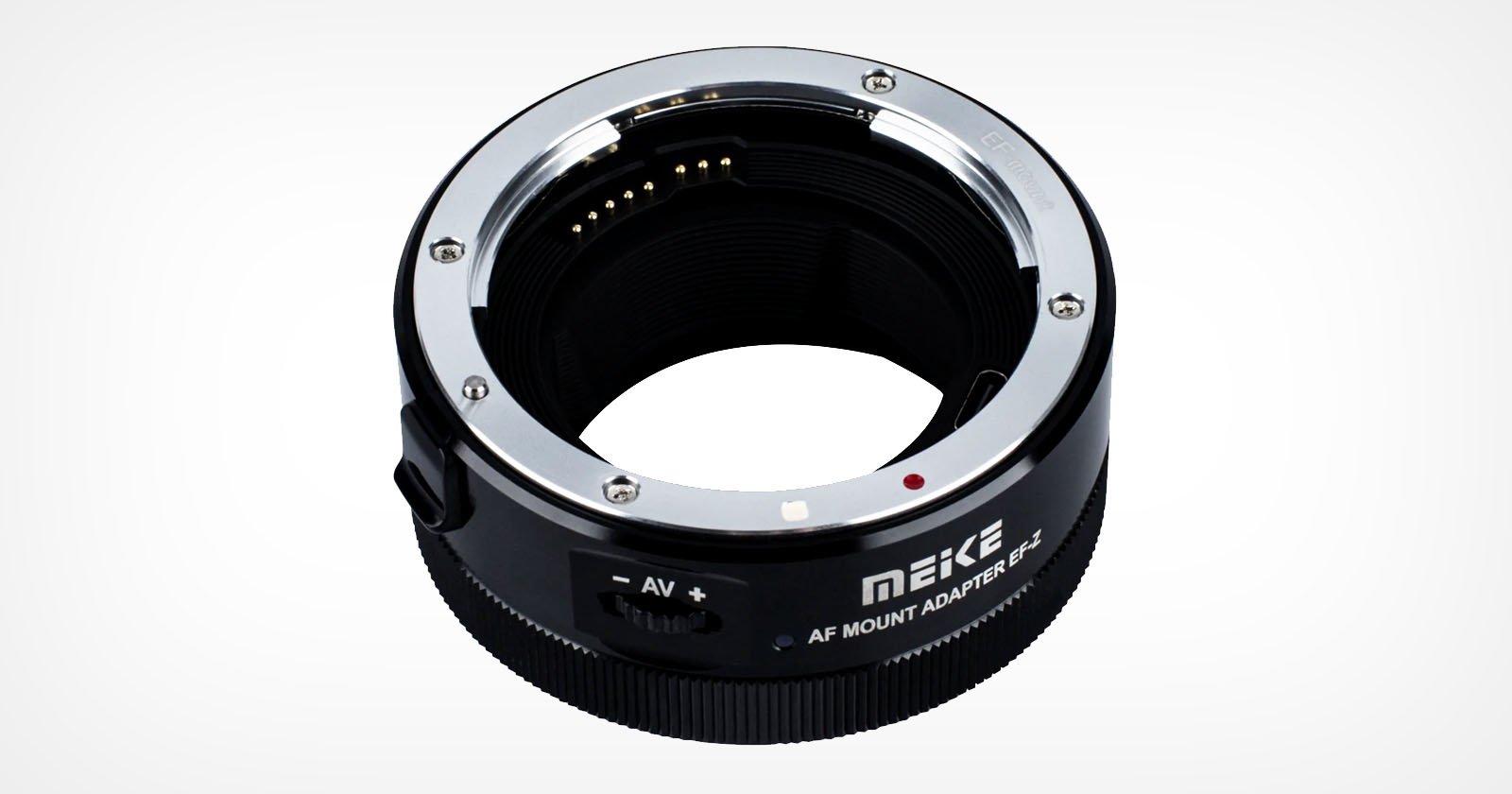 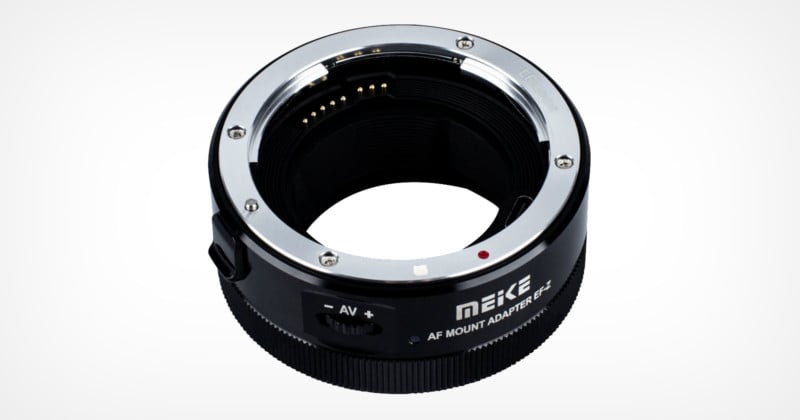 The new MK-EFTZ-B adapter promises support for all Canon EF and EF-S lenses and the Nikon Z5, Z6, Z7, Z50, Z6 II, and Z7 II cameras. Meike also promises full support for autofocus and the electronic contacts allow photographers to control the lens directly through the camera as if the Canon lenses were native to Nikon Z-mount.

That electronic connection also means that Meike is confident enough to say that both lens stabilization and camera in-body image stabilization work with this adapter. The company also says that the adapter transmits full EXIF data to the camera, made possible by the “excellent signal transmission” of its “gold plated pins.”

As is typical with Meike product launches, the company only provides the bare minimum as far as information is concerned and there is not a lot else available to go on. The company does say that the adapter weighs 87 grams, measures 69 by 28.3mm in size, and is made of high-quality materials.

On that note, Meike believes so strongly in the construction of the adapter that it promises that it is reliable for use and even has “strong” dust and water resistance.

The side of the adapter features an “AV” dial, but the company doesn’t explain what it does.

The Meike MK-EFTZ-B Autofocus Adapter for Canon EF/EF-s lenses to Nikon Z series cameras is available directly from the company’s website for $160.

A Busy Year for Meike

In the past, Meike has only released a few products in small bursts, but its 2022 strategy is a lot more robust. It’s been a busy year for Meike who has been building out its lens and adapter lineup rather aggressively since this past Spring. The company’s strategy doesn’t seem limited to targeting one or just a few camera brands or lens mounts, but runs the gamut of basically everyone.

It launched a 7.5mm f/2.8 lens and 12mm f/2 lens for multiple camera mounts as well as an 8mm f/2.8 for specifically Micro Four Thirds cameras in May and early June. It added an 85mm f/1.8 autofocus lens for E-mount cameras as well as a 50mm f/0.95 for APS-C cameras later that month as well.

In August, the company also released a 10mm f/2 APS-C prime lens as well as a set of autofocus extension tubes for Panasonic cameras too.

The Best Camera Backpack For Nature Photography
Capture One for iPad now supports both wired and wireless tethered shooting
Photographing the Ubiquitous Urban Wildlife
Is the iPad Pro the Perfect Travel Computer for Photographers?
How to Make a DIY Omega Contrast Filter Holder