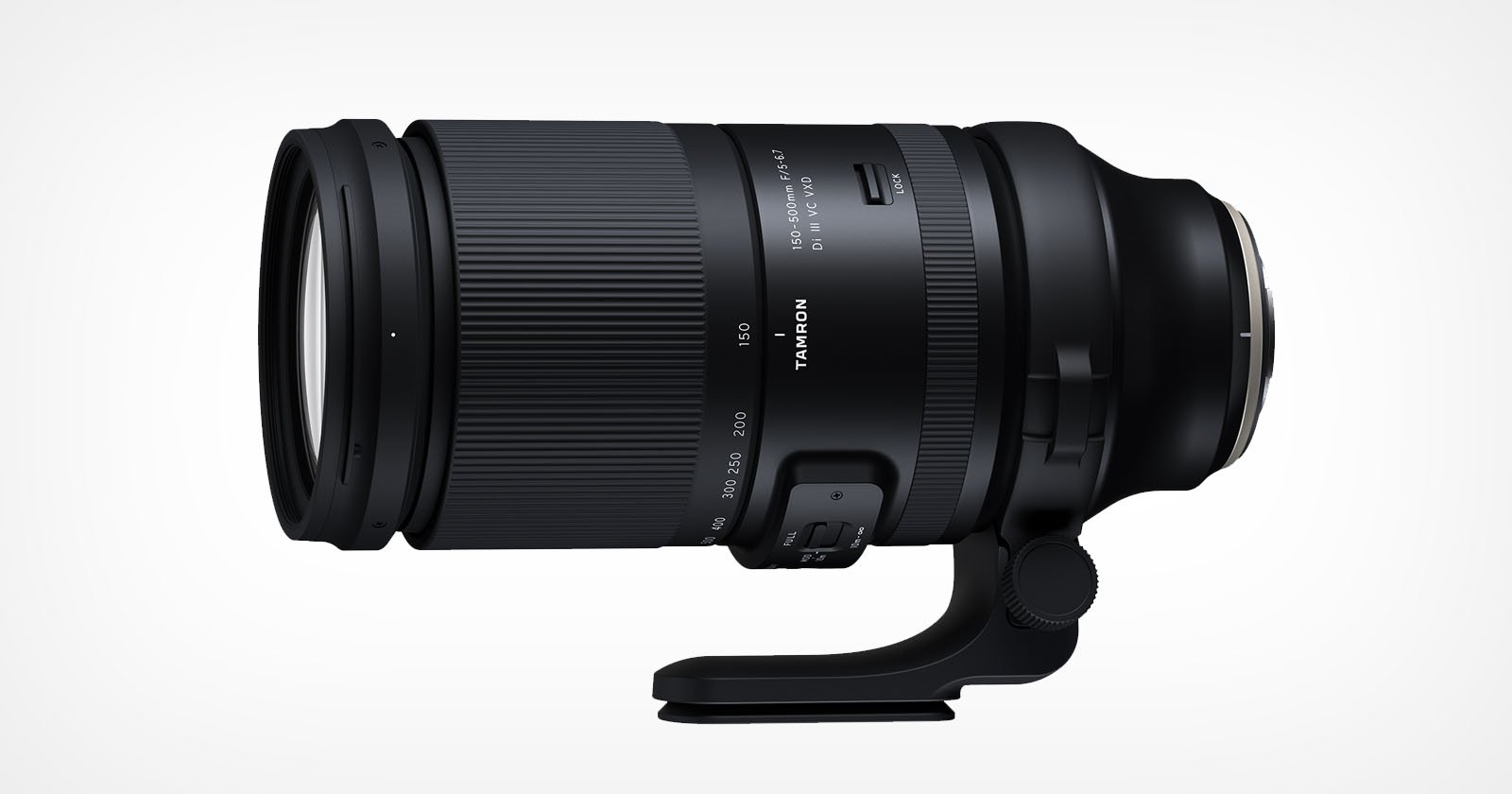 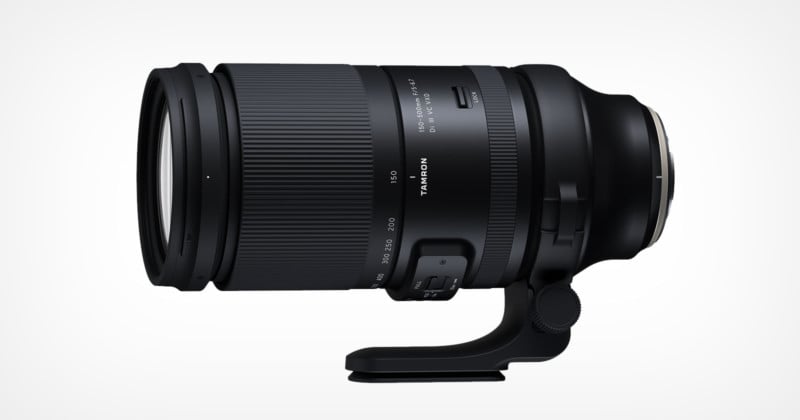 Tamron has announced that it is bringing the 150-500mm f/5-6.7 Di III VC VXD to Fujifilm X-mount. The lens was originally made for full-frame Sony E-mount cameras in April of 2021.

The lens, which PetaPixel’s Ryan Mense reviewed positively for E-mount, is described as a telephoto zoom that gets even more throw thanks to the APS-C sized Fujifilm X-mount sensor. The lens was originally made to support full-frame cameras, so once its focal range is converted for the smaller Fujifilm sensor, it is equivalent to a 225-750mm ultra-telephoto zoom.

Tamron says that although it reaches the ultra-telephoto focal length equivalent of 750mm, the 150-500mm f/5-6.7 is still quite compact in size with a length of 8.3 inches and a maximum diameter of 93mm. When fully extended to the telephoto end, it maxes out at 11.2 inches, which the company says allows it to still be used comfortably. The zoom range can be achieved with a zoom ring arc of 75-degrees, which Tamron says enables rapid adjustment to the desired angle of view with minimal movement, which it says allows photographers to avoid missed opportunities while at the same time facilitates intuitive composition.

Just as was the case with the original lens, Tamron uses a BBAR-G2 coating to minimize flare and ghosting. The outer element has a fluorine coating for protection from dust, water, and fingerprints, and the lens has a moisture-resistant construction throughout. The lens has a seven-bladed round aperture, and Tamron said it will stay near perfectly circular up to two stops down from maximum aperture.

The tripod mount’s foot is Arca-Swiss compatible, allowing it to work with many tripod heads without attaching a plate. The autofocus system is Tamron’s VXD linear focus mechanism, which the company says provides high speed and high precision movement as well as responsive performance.

FIND The Missing Patterns, Shapes, and Gradients! | Photoshop 90-Second Tip #24
Use Canon Lenses on Nikon Cameras with Meike’s EF to Z-Mount AF Adapter
Win a free Airdrop
Capture One for iPad now supports both wired and wireless tethered shooting
The Panasonic GH6 will be able to record directly to a USB SSD one week from today