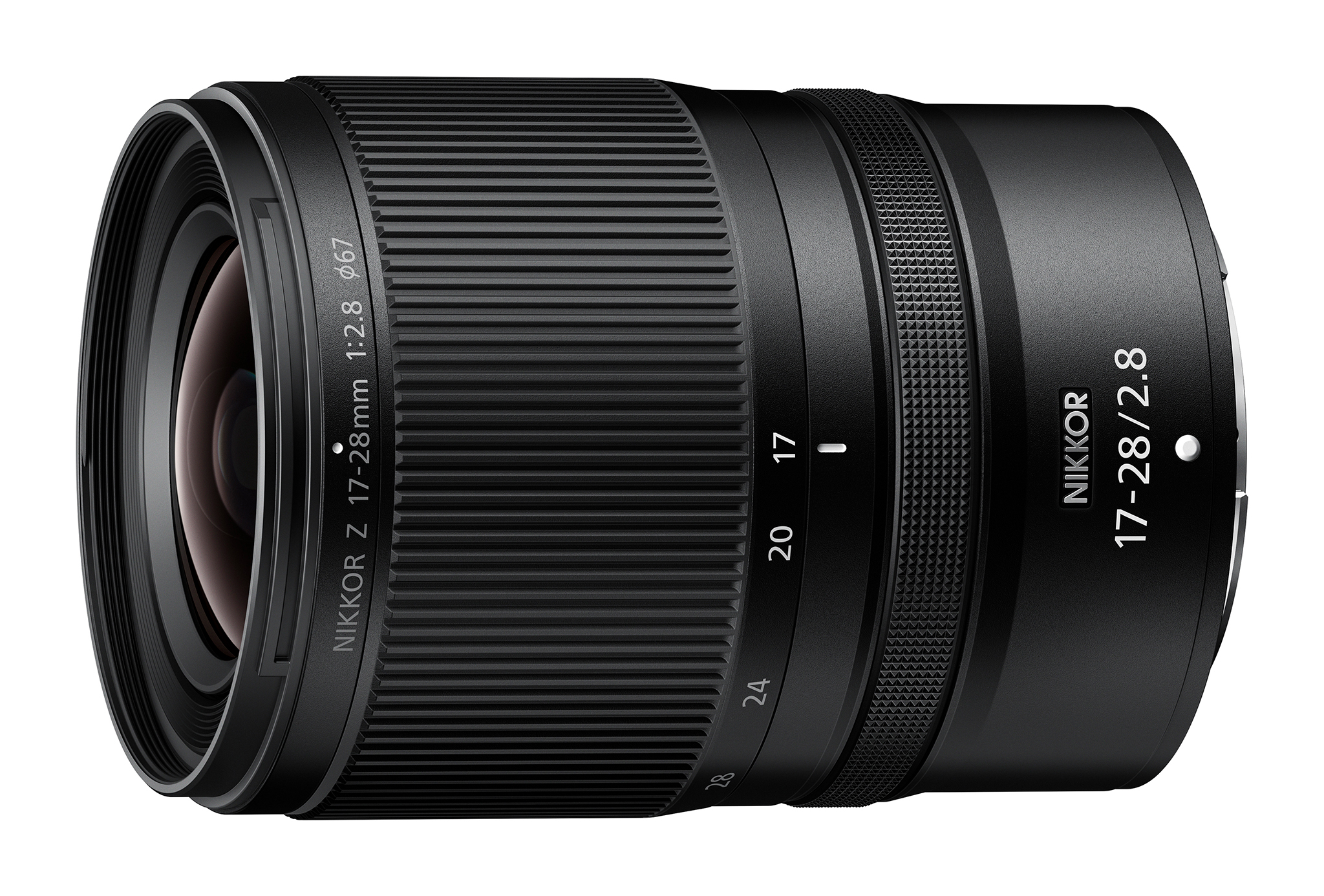 A second rebranded Tamron lens is coming to the Nikon Z system – this time, an ultra-wide. When the rumors started last week, some photographers hoped that DX would see a bit of love with an adapted Tamron 11-20mm f/2.8, but instead, the lens announced today is the Nikon Z 17-28mm f/2.8.

Before I explain the details of this lens, here’s a look at its specifications:

Is This Going to Be a Useful Nikon Z Lens?

Adding to the question is that the 17-28mm f/2.8 is, as I mentioned in the intro, a rebranded Tamron lens. It has a similar optical construction and specifications as the Tamron 17-28mm f/2.8 Di III RXD, a Sony E-mount lens. The whole announcement harkens back to the Nikon Z 28-75mm f/2.8, also a rebranded Tamron. Are these lenses truly useful additions to the Z mount?

Beyond that, a good way to think about this lens is in the context of the underlying partnership (or whatever it is) between Nikon and Tamron. Viewed from that perspective, the 17-28mm f/2.8 makes more sense as an addition to the Z lineup – and so does the earlier 28-75mm f/2.8. It all goes back to a “problem” of Nikon’s own making: They’ve focused mostly on high-end, top-performance lenses with the Z system so far. Count it up – there are 25 full-frame Z lenses at the moment. Of those, a whopping eighteen are from Nikon’s highest-end “S line”… and two of the others are the rebranded Tamrons! Nikon is practically an S-lens company at this point.

Although every S lens we’ve tested so far has been top-notch, there’s something to be said about depleting the value of a label if most of your lenses carry it. The time had probably come for Nikon to start making more budget lenses, like the well-received 28mm f/2.8 and 40mm f/2 that focus on saving weight over maximizing image quality. Alternatively, Nikon could do something to make the system more attractive to third-party lens companies, which would make the Z system more appealing but wouldn’t give Nikon a cut of those lens sales.

Repackaging Tamron glass with Nikon’s electronics and focusing performance is not a bad answer to that problem. This way, Nikon can sell native, non-S versions of some popular categories of lenses, like f/2.8 zooms, with a focus on budget more than optical quality. It will hardly hurt Nikon’s reputation to make a “good but not perfect” f/2.8 zoom if everyone knows it was really Tamron who made it.

The one hiccup is that Nikon should be charging Tamron-level prices for these lenses instead of upcharging the glass by $100-300, as they’ve done so far. To that point, I’m pretty annoyed that the new 17-28mm f/2.8 is launching for $1200 on the same day that the similarly-designed Tamron lens is on sale for $800. In that context, I’m not sure how often I’ll be recommending this lens to people.

But what’s now clearer to me is the potential of the agreement: Nikon can focus their resources on higher-end lenses and pushing the boundaries with the S-line, while another company can design glass that Nikon didn’t really seem thrilled to make in the first place. There’s a huge share of Nikon Z photographers who are on a tighter budget, and perhaps soon they’ll be able to have a set of native f/2.8 zooms for something like $3000 instead of $7500.

We’ll see if the potential of this situation bears out. There’s already a 70-180mm non-S lens on Nikon’s new roadmap that is suspiciously identical to the Tamron 70-180mm f/2.8 in focal length. Meanwhile, as I’ve discussed before, there are plenty of other Tamron mirrorless lenses that Nikon could adapt for photographers on a budget, including a 20mm f/2.8, 35mm f/2.8, and 150-500mm f/5-6.7. And who’s to say Nikon has to stick to rebranding existing Tamron lenses? They could very well surprise us at some point with a Tamron-designed lens that’s unique to the Z mount (not that they’ll necessarily make that detail public).

Until we know more about the partnership or see more lenses on the roadmap, a lot of this is obviously speculation. But if it means that Nikon is going to split their efforts some in the future, with cheaper Tamron-designed lenses for budget uses while they focus on optically groundbreaking S-line lenses, it could be a very successful effort. (Notwithstanding the fact that the two efforts so far – the 28-75mm f/2.8 and 17-28mm f/2.8 – may not turn many heads until they go on sale during the holidays.)

You can pre-order the Nikon Z 17-28mm f/2.8 at the link below, and it’s scheduled to ship in October. Although most new Nikon products have been hard to find or out of stock if you don’t pre-order them, realistically I doubt the Z 17-28mm f/2.8 will fall into that category. In any case, I could be wrong, and the pre-order link is here if you want it:

MELVILLE, NY –Nikon Inc. has announced the NIKKOR Z 17-28mm f/2.8, the latest addition to the growing selection of extremely-capable and very affordable f/2.8 zoom lenses. This new full-frame lens combines the versatility of an ultra-wide angle of field view with the benefits of large fixed aperture, putting low light performance and gorgeous bokeh within reach.

“The amount of NIKKOR Z lenses continues to increase at a rapid pace, giving all kinds of creators mirrorless lenses built with the latest in optical innovation,” said Jay Vannatter, Executive Vice President, Nikon Inc. “The new NIKKOR Z 17-28mm f/2.8 is derived from the same mutual concept as the recent NIKKOR Z 28-75mm f/2.8 lens, establishing a series of affordable zooms that open a gateway to fast-aperture performance and absolute versatility.”

The NIKKOR Z 17-28mm f/2.8 is a lens for storytellers, captivating the viewer with vast landscapes, grand interiors or enveloping their senses with the starry night sky. The combination of the ultra-wide angle perspective and bright constant f/2.8 aperture liberates the creator, turning everyday scenes into impressive images and videos that grab the viewers’ attention or establish the scene. This wide aperture not only enhances the lens’ low light performance, but also creates a gorgeous out-of-focus area to make the subject pop. Scenes that were previously difficult to photograph are easier than ever to capture in vibrant detail, such as a packed dance floor at a wedding reception or a backlit subject within a cityscape.

The new NIKKOR Z 17-28mm f/2.8 is ready to go anywhere. This extremely lightweight and portable lens weighs in at only 450 g (15.9 oz), which is approximately 30% lighter than the NIKKOR Z 14-24mm f/2.8. It’s also lighter and more compact than the NIKKOR Z 14-30mm f/4 lens, and uses a 67mm threaded mount for circular polarizers or neutral density filters. The lens’ minimal weight and internal zooming make it easy to pack or carry anywhere, and create an ideal partner for gimbals since the balance of the lens never changes.

The lens is constructed for creators who aren’t afraid to go off the beaten path in pursuit of their content. The entire lens is sealed to prevent entry of dust and water droplets, while the front element features an antifouling coating which makes it easy to wipe away dirt, smudges and fingerprints. The NIKKOR Z 17-28mm f/2.8 puts an emphasis on sharpness, utilizing an optical formula that employs a Super ED glass element for maximum image quality at all focal lengths.

Autofocus speed is blazing fast, thanks to the use of a high-speed stepping motor (STM), working seamlessly with Nikon Z mirrorless cameras to acquire critical focus on faces and eyes within the frame. The STM is also nearly silent, significantly reducing drive noise during video recording. Video content creators will especially appreciate the minimized focus breathing and click-less control ring for smooth exposure transitions. For additional versatility in photos and video, minimum focus distance is a mere 7.56 inches (0.19 m), letting users get close-up for products and beauty shots with a magnificently blurred background.

The new NIKKOR Z 17-28mm f/2.8 will be available in late October 2022 for a suggested retail price of $1,199.95*.  For more information about the latest Nikon products, including other NIKKOR Z lenses and the entire collection of Z series cameras, please visit nikonusa.com.

Photographing the Ubiquitous Urban Wildlife
Facebook Users Sue Meta For Tracking Them Via In-App Browsers
How to Use a Light Meter in Photography
This innovative new light design is both waterproof and inflatable
The Pentax K-3 III Jet Black Special Edition is Now Available in the U.S.