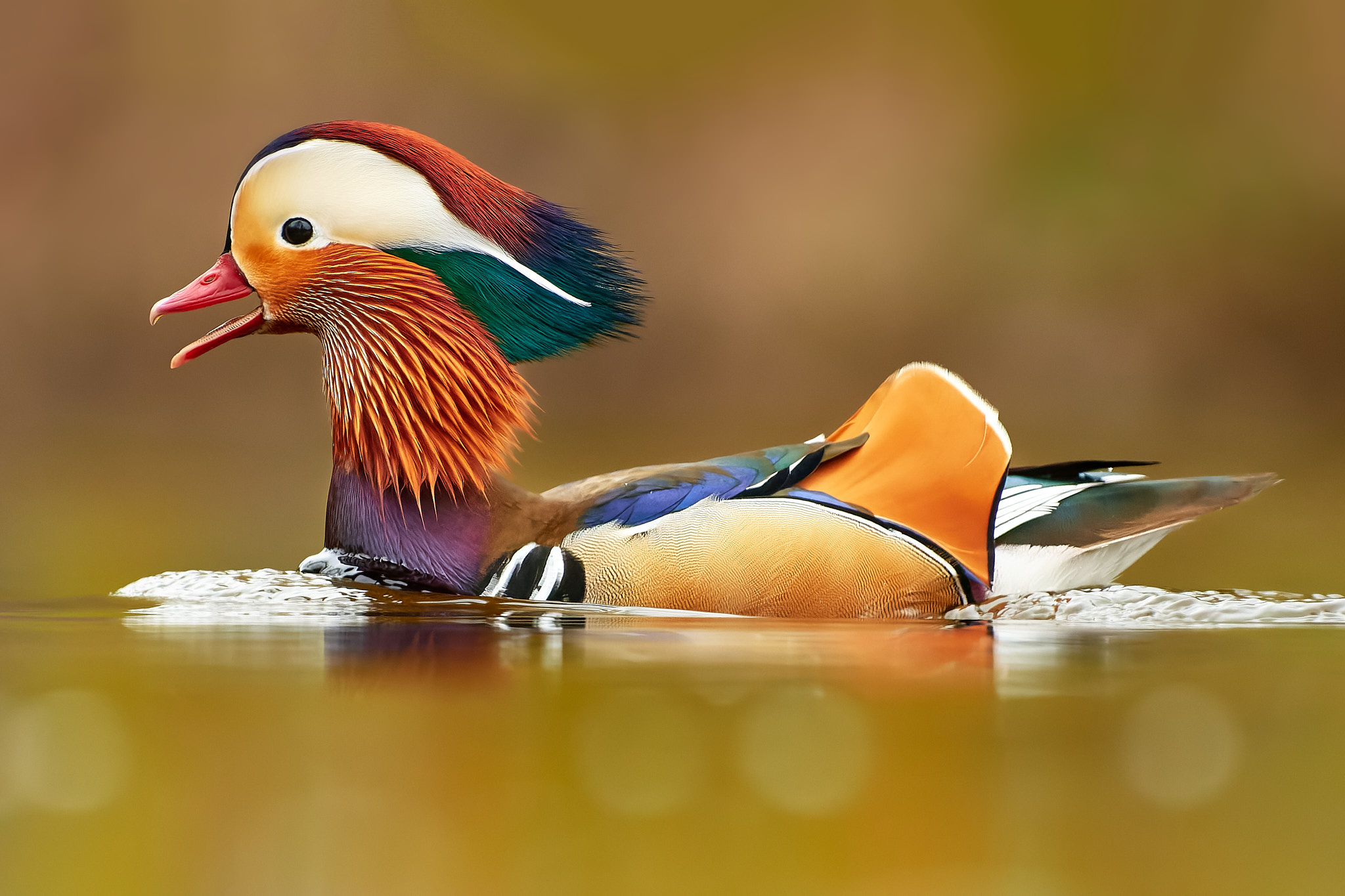 It’s starting to rain outside, the days are getting shorter, and my holiday time is irreversibly over. Most of us are probably skimping on our remaining vacation days for the end of the year. What a situation! There are distant lands, exotic animals, and adventure awaiting – but no time to photograph them.

There are two solutions to this situation. One is quite radical, which is to say goodbye to work and just go where your heart takes you. The other, which I’m going to offer you today, won’t leave behind burnt bridges, thousands of dollars, or a failed marriage.

Instead of traveling to far-flung locations in search of unusual wildlife, you can search for them closer to home, sometimes literally in your backyard. How is that possible?

Forget the zoo for now. Today, I’ll introduce you two species that I photographed in Prague, but which originally belong to a completely different continent. A real exotic at home, as I promised.

The first is the Mandarin duck, which is mostly at home in Japan and China. But the growing population – first established from birds that escaped from captivity – has spread itself thousands of kilometers from its original home. The ducks have even begun to breed in Europe, and thus I went to photograph them in the 700-year-old Stromovka Park in the center of the Czech metropolis.

The second exotic bird I will introduce you today is the Carolina duck. Yes, the one that swims in ponds in the United States, from Washington, DC to Central Park in New York. Maybe it’s not an exotic bird if you live in the USA, but for me, it’s as far-flung as a bird from Africa. The Carolina duck arrived here for similar reasons as the Mandarin duck, and now it makes its home throughout parts of Europe.

The ecologist half of me says that they don’t belong in our wilderness, even though they aren’t as much of a problem as many other non-native animals. For now, though, let’s look at them not through the eyes of an ecologist, but a photographer. And these eyes say that they are beautiful birds that are a joy to photograph.

I always like the eye-level photograph of a bird, especially like this, when they’re floating on the water. Top-down photos tend to be deletable. Alas, the lake where I found these species in Stromovka has such steep banks that it is difficult to reach water level. So, I must act like a duck and jump in the water.

One morning, I visited the ducks in their natural (to me unnatural) water environment. Although I had just gotten my Nikon Z9, I chose to leave it at home and dive into the water with my D500, for fear of dunking the camera underwater.

I would only attempt a photoshoot like this with a tripod and a gimbal head. My concern with a ball head is that I would accidentally loosen it too much, causing the camera to plop into the water with the grace of a loon.

When I finally got down to the duck’s level (physically, not mentally, I hope), the only thing left was to wait – and to enlist the help of a nice lady walking by who was feeding the ducks. The rest was easy and fun. I stood in the water, while some of the most colorful ducks of two different continents swam around me.

My final trick was to try to photograph both species of duck in the same picture. After all, why not? The scene would never have occurred in an untouched planet, but that tells a story in and of itself. Two colorful birds from different continents meeting up to eat some food in a pond in Europe. It seems they are as cosmopolitan as any of us.

Admit it: Even a photo shoot near your house can be quite an adventure with a touch of the exotic.