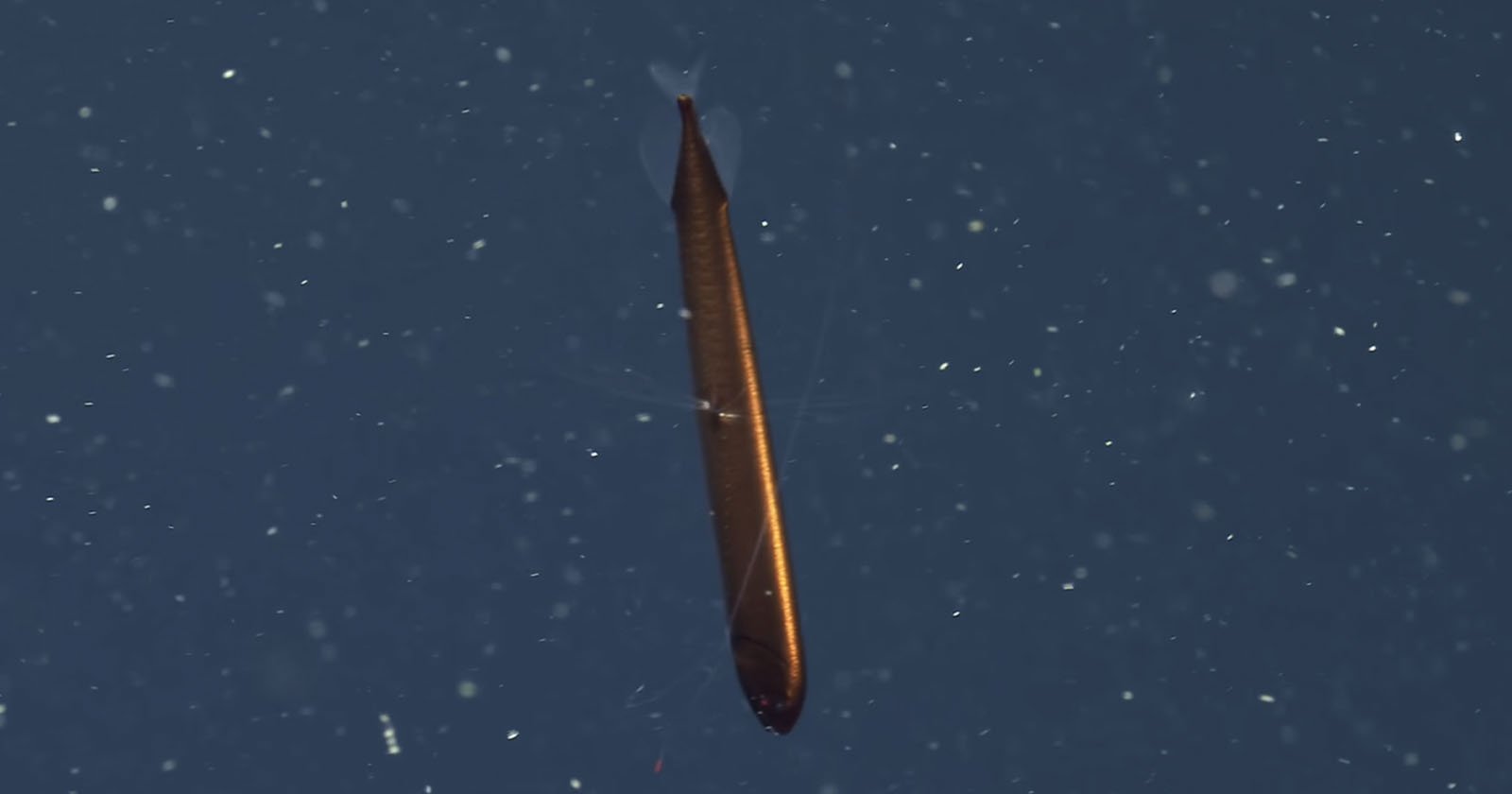 Dragonfish are a species of deep-sea predator and while there are many types of dragonfish, this particular bronze-colored species is incredibly rare.

MBARI describes the dragonfish as a “cunning” predator that, despite their strong swimming abilities, hunt by sitting and waiting. In the footage above, the dragonfish can be seen nearly motionless as it hangs patiently in the midwater in wait for small crustaceans and fishes. When prey gets close enough, it opens it large jaws and snaps shut over it with its sharp teeth. 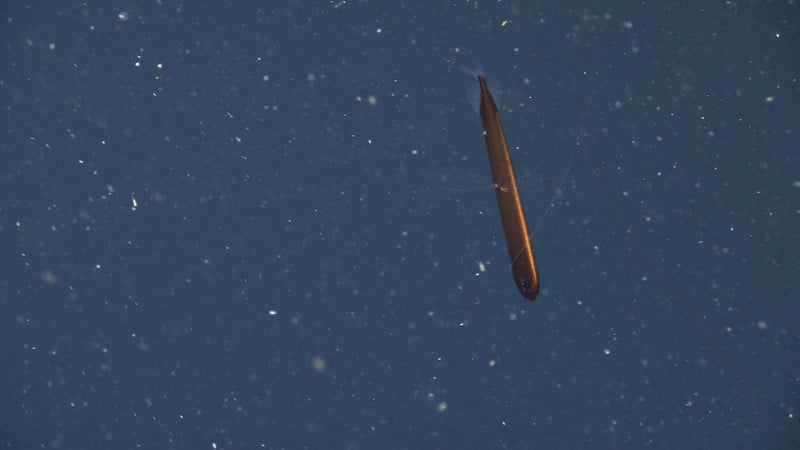 The researchers say that they have observed a few different species of dragonfish in Montery Bay, but this is the rarest it has ever encountered. Of the more than 27,600 hours of footage MBARI has collected, it has only seen this particular species four times. This footage was captured at a depth of about 980 feet, which is considered the midwater region. Scientists believe the fish moves to lower depths during the day but ventures closer to the surface to hunt at night.

“Bathophilus flemingi can be up to 16.5 centimeters (6.5 inches) long. Its fins have long, thin rays. Scientists suspect those wing-like filaments may sense vibrations in the water, alerting the fish when predators or prey is approaching,” MBARI explains.

“They likely provide stability too and keep the fish from sinking while it lies in wait for food. These dragons don’t have scales—they have smooth, dark skin. Research by MBARI and our collaborators has revealed the pigments in the skin of some deep-sea dragonfishes are some of the blackest blacks found in nature, all the better to camouflage in the ocean’s midnight zone.”

Dragonfish don’t have scales, but instead smooth skin.

“Research by MBARI and our collaborators has revealed the pigments in the skin of some deep-sea dragonfishes are some of the blackest blacks found in nature, all the better to camouflage in the ocean’s midnight zone,” MBARI adds.

MBARI has captured different species of dragonfish on camera before, such as the clips below of aristostomias scintillans.

Fish that live deep in the midnight zone are often transparent or red, as this color is normally invisible to predators. 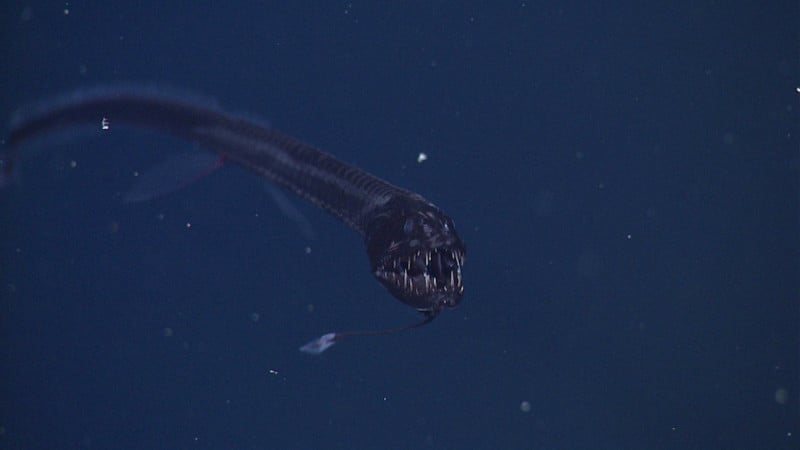 Aristostomias scintillans has unusual bioluminescent organs that create red light under each of its eyes, which allow it to see the color red — an unusual trait for fish that live at these depths. MBARI has published detailed information on the dragonfish on its website.

Image credits: All photos by MBARI.