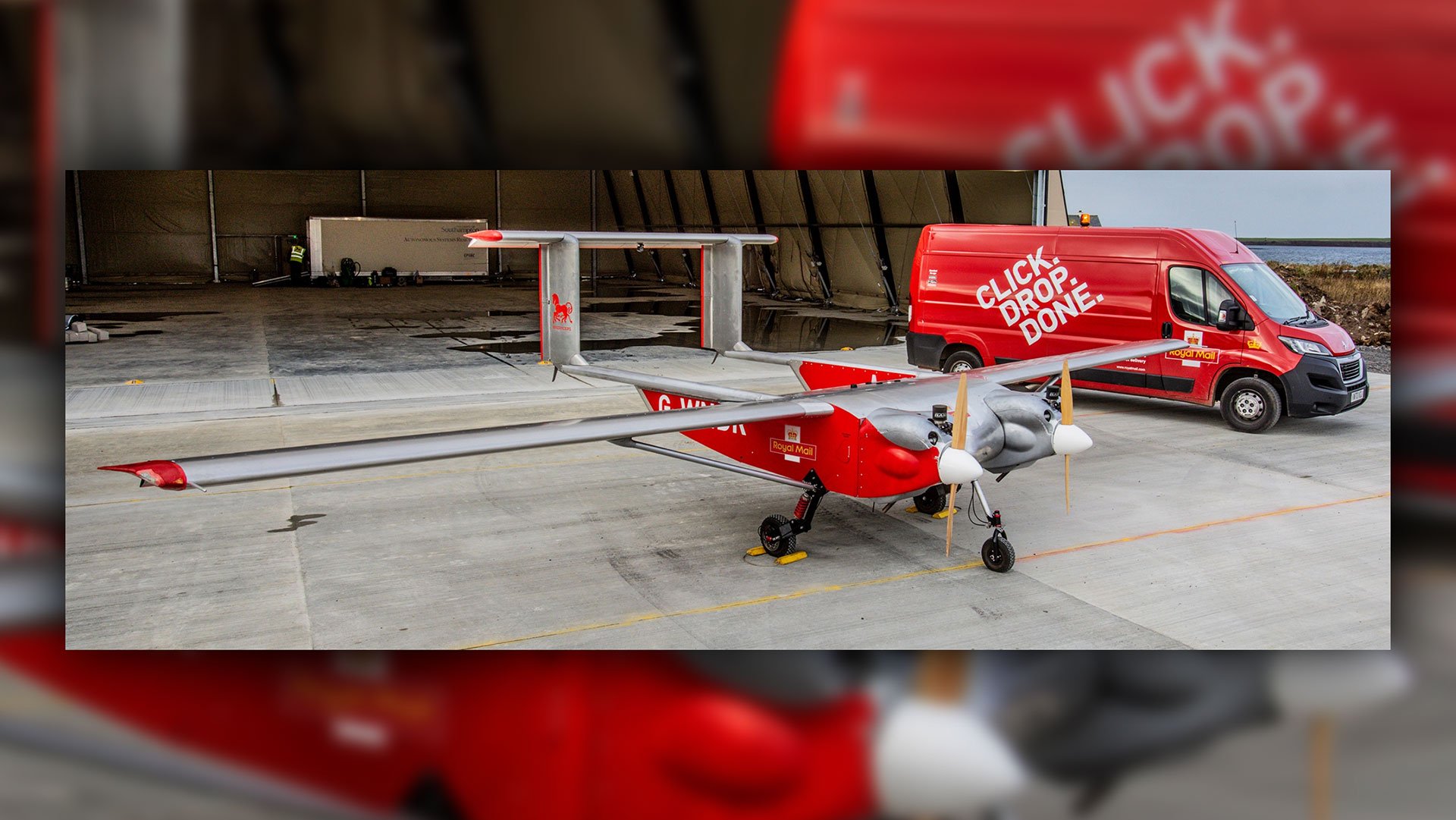 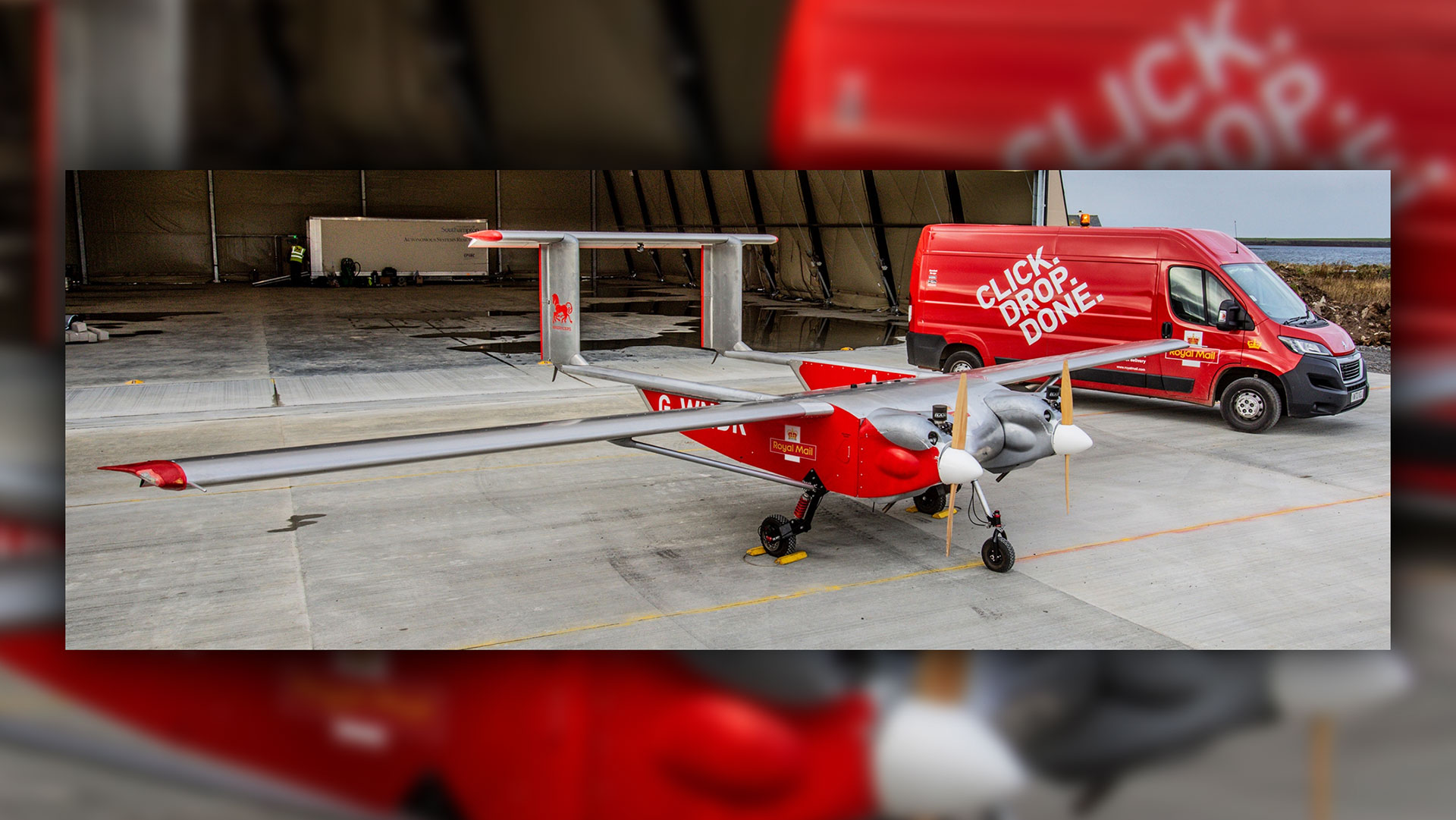 Well, if Royal Mail’s service wasn’t bad enough already, they’re about to add drones into the mix. They’ve announced plans to open up 50 postal routes for delivery drones over the next three years as part of an operation to ultimately deploy over 500 UAVs to remote areas of the country. The whole thing is subject to Civil Aviation Authority (CAA) approval, of course, but this is Royal Mail, so they’ll probably figure out a way.

It’s happening in partnership with Windracers, a drone logistics company and the goal is to reduce the emissions of current mail delivery systems including ferries, aircraft and land-based delivery methods. The first routes chosen to receive the new service will include the Isles of Scilly, Shetland Isles, Orkney Islands and the Hebrides.

A number of trials have already been conducted by Royal Mail over the last 18 months with flights on the Isle of Mull in Scotland, the Isles of Scilly just off the Cornish coast and on the Orkney Islands, also in Scotland. The most recent trial on the Shetlands in partnership with Windracers saw mail delivered from Tingwall airport in Lerwick to Unst. This marks a 50-mile trip each way to Britain’s most northerly inhabited island.

On time delivery regardless of our customers location or the weather, whilst protecting our environment is our goal. Even though we go everywhere, Royal Mail already has the lowest CO2 emissions per parcel delivered, this initiative will help reduce our emissions even further.

Royal Mail says that the twin-engine UAVs used in the trial have a wingspan of 10 metres with a “highly-reliable autopilot system” that’s capable of flying in difficult weather conditions. Yes, a 10-metre wingspan is pretty big. Certainly larger than the drones that most of us are used to, and it allows them to carry up to 100kg of mail with two daily return flights between the islands. Letters are then delivered to their final destination by their local mail delivery person.

Eight drone routes are hoped to be established in 2022, with more than 50 additional routes over the next three years supported by up to 200 drones. Ultimately they want to have a fleet of over 500 drones to cover all areas of the UK “and beyond”.

Given the miserable failure of Amazon Prime Air in the UK, I’m curious to see how this plays out. Not to see if this will fail like Amazon Prime Air as I expect it probably get the all clear and hopefully do quite well helping those UK residents that live… a little out of the way from the rest of civilisation. But I’m interested to see what impact its creation has on the commercial drone industry as a whole in the UK and what other regulations might come into force as a result that will affect folks like us. Those who use drones for their commercial filming work or just as a hobbyist.

TikTok is Encouraging its Users to Credit The Source of Videos
Lightroom 5: Smart Previews
The Ricoh WG-80 is an Ultra-Rugged Point-and-Shoot with Built-in Lights
Copyright: What you need to know as an NFT creator and collector
Weekly News: Fuji & Canon Rumors, Photoshop Update