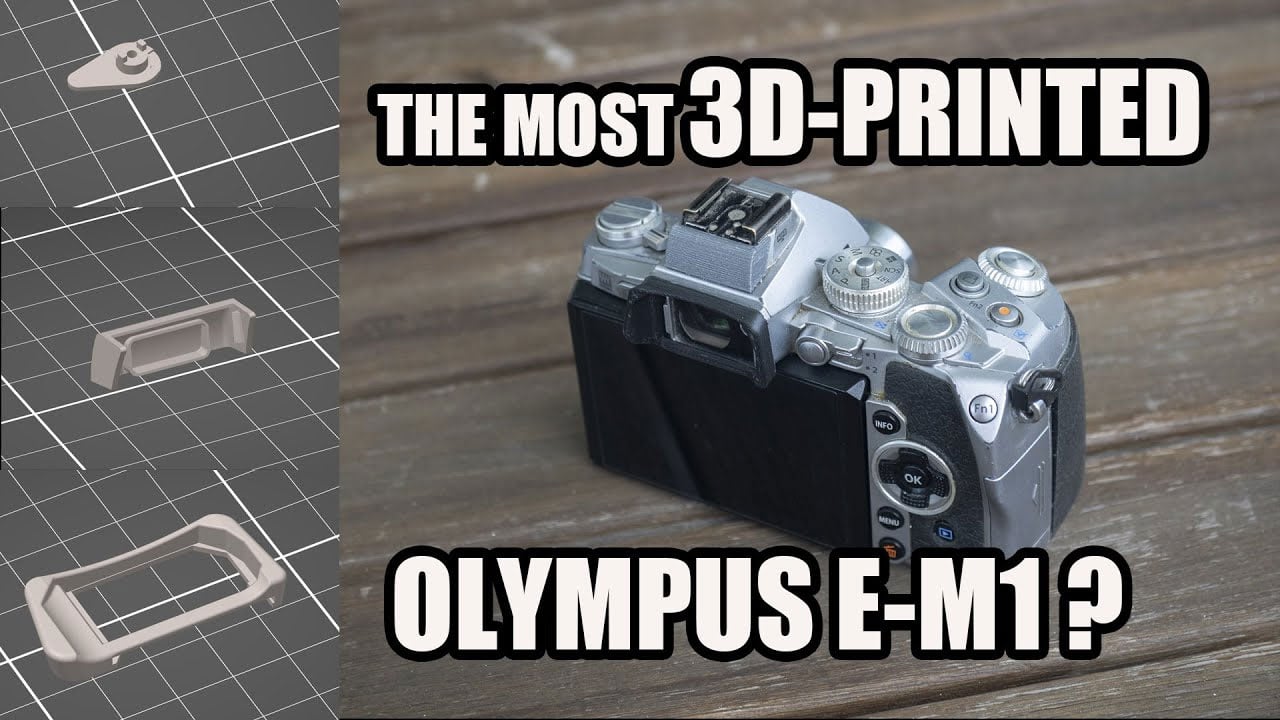 3D printing has evolved a lot over the last decade or so. We’ve gone from super basic and pretty brutal looking printers that you had to feed nylon weed whacker string into (because nobody was producing filament) to the pretty accurate and reliable printers we have available to us today. With that improved accuracy, better quality filaments and better software, we’re able to print some pretty cool things now.

Like, in the case of Witono at Witonosfreestyle, spare parts to repair his Olympus OM-D E-M1 Micro Four Thirds mirrorless camera. Electronically, his Olympus OM-D E-M1 worked just fine, but there were a few parts missing, like the accessory port cover, the eyepiece and somewhat importantly, the battery cover lever. He wasn’t happy about these missing parts, so, he designed and 3D printed his own.

About the parts, Witono says…

Battery door cover – took me 6 iterations to get it to the perfect dimension, also the fact I was printing with an old 3D printer, designed to match the tolerance.

Eyecup – This is a bummer. I could have printed with soft TPU (I do not have the filament) to mimic the rubber deformation. Instead, this is just an aesthetic part with no deformation. Designed with bridging without support material.

Accessory port cover – My design skill has gotten better. I got the perfect fitting on the 2nd try!

Witono hasn’t yet shared the STL files so that people can print their own, but he says that if there’s enough demand for them, he’ll dig out the files and share them. This isn’t Witono’s first foray into 3D printing camera parts. He’s previously created a 3D printed lens with aperture control, and a 3D printed lens hood for the Olympus 12mm f/2.0 lens – because who wants to pay $60 for a little lens hood?

He also has a number of other camera DIY videos on his YouTube channel, so worth checking out.