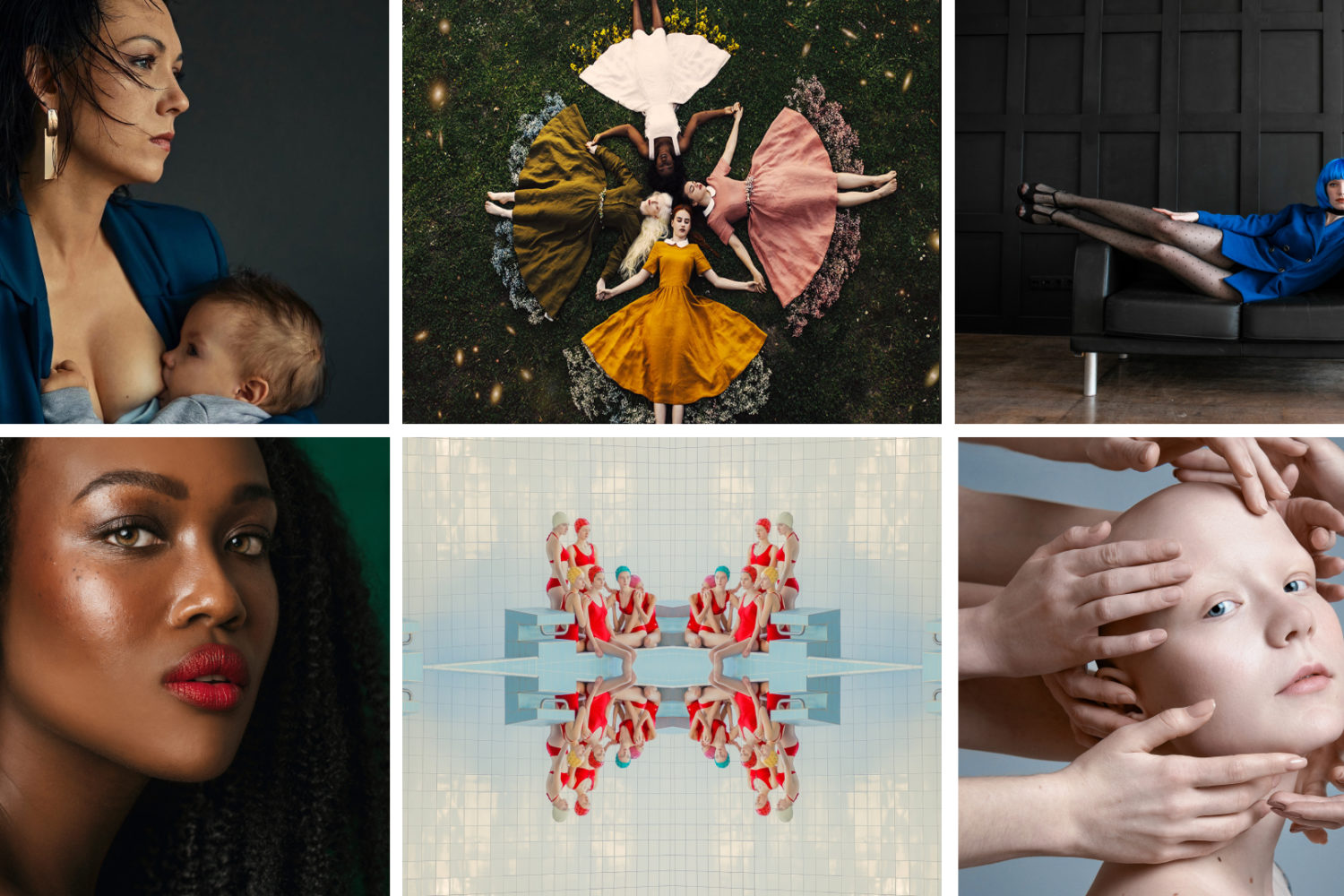 Today (and every day) we celebrate women. March 8 is Internation Women’s Day and allows us to highlight the social, economic, political, and cultural achievements of women.

The theme for this year is Breaking the Bias although representation for women and opportunities available to them have come such a long way it is important that we continue to emphasize why women’s agency matters. The UN announced the theme “Gender equality today for a sustainable tomorrow.” and to align with this message our team has taken a look into the work for some of our amazing female creators and broken down why each image leaves such an impact.

Check out the full gallery Of Women, By Women for stunning imagery that celebrates the power of womanhood.

Hold Together by Jovana Rikalo
Jovana states when explaining this image; “We bloom. We hold together. We are the Same.” In this campaign, she highlights diversity through the choice of models as well as the beauty of unity. 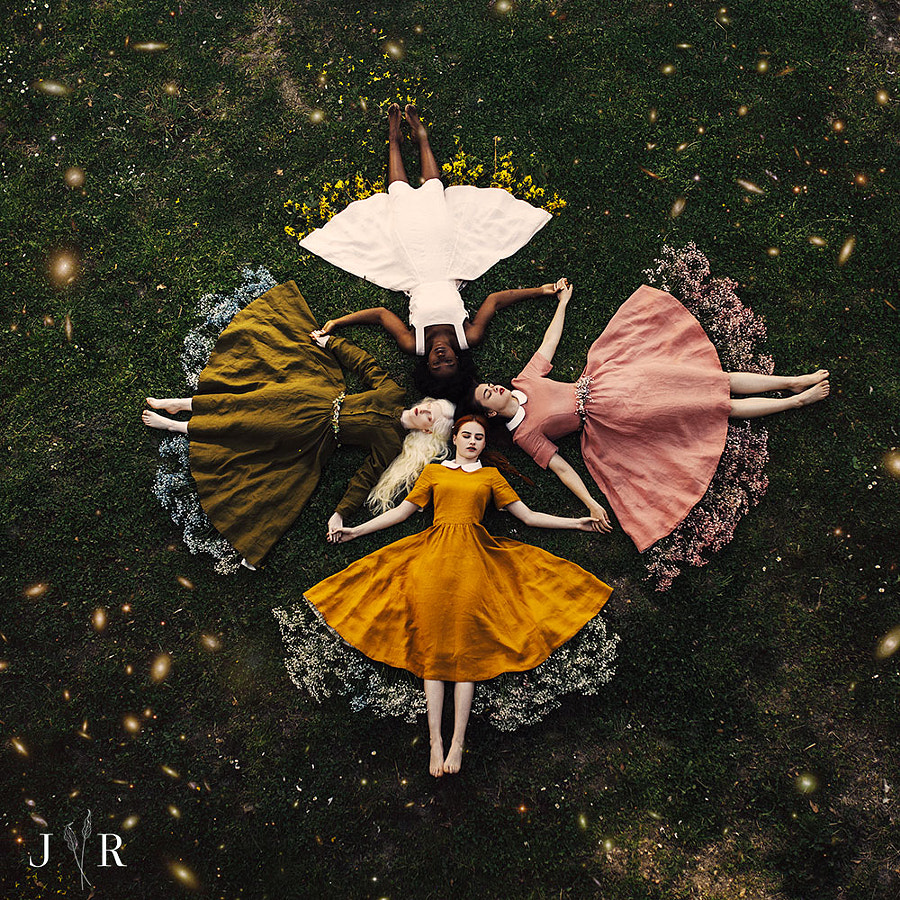 Street. Aihole by Marji Lang
Marji grabs the viewer’s attention with bold colors and high contrast. The woman is positioned in the center of the image, strategically placed and simultaneously standing out as well as blending in with the blue building and her garment. Her actions emphasize the physical strength and grace of women. 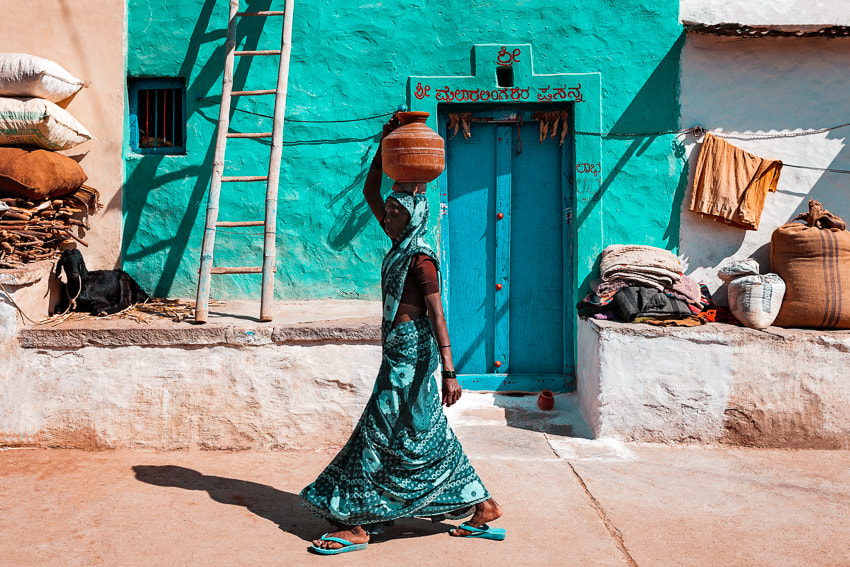 The Girl with the Blue Hair by Tanya Nikolaeva
What’s the lying-down version of the power stance? This! Between the fierce blue hair, the cobalt blue blazer and the model’s direct stare straight at the lens, the image screams that this woman knows she is capable of great things. There are so many versions of a strong woman that don’t need to be conventional. 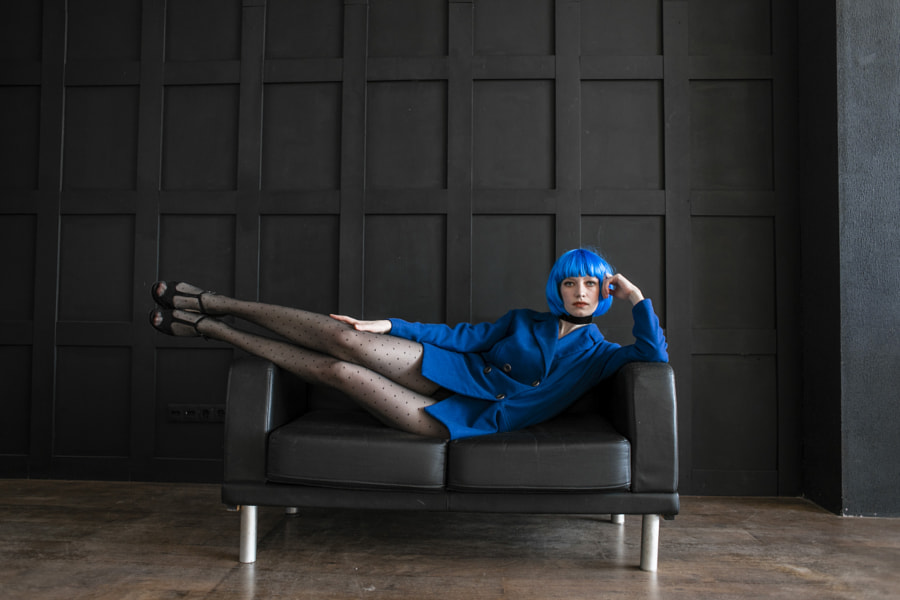 Mother by Masha Raymers
The aptly named work depicts two generations expertly within one frame. Masha uses her portraiture expertise to create strong profiles of each woman as well as leading lines to let the image flow from mother to daughter. The color palette is soft and warm, a quiet nod to the gentle nature of caring as a mother. 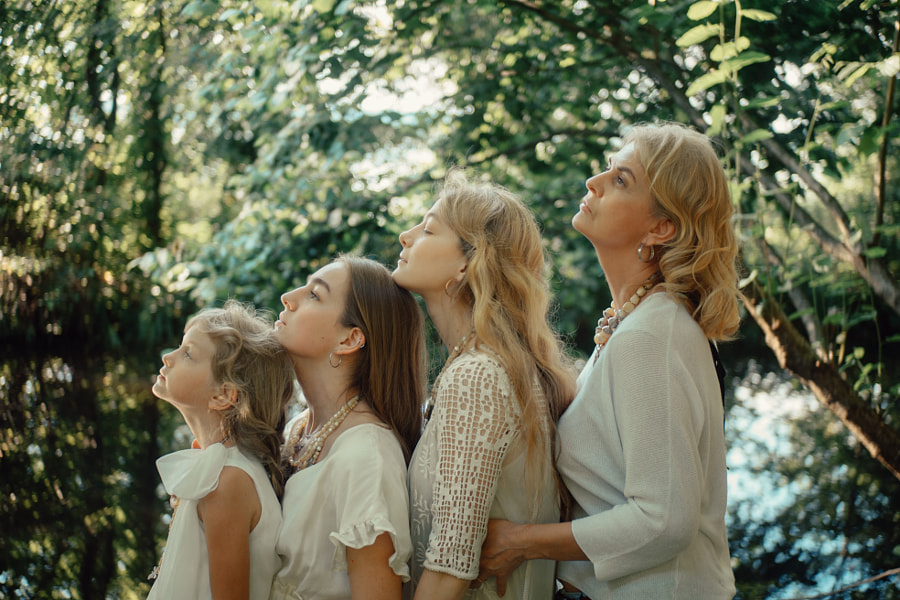 Dancing Bloody Planet by Emilija Juskove
The grace women demonstrate as they move through the world can often go unnoticed, Emilija captures the elegant feminine nature of the woman in her frame. The combination of the posture and high contrast of the red to the dark minimal background really lets the dancer pop. 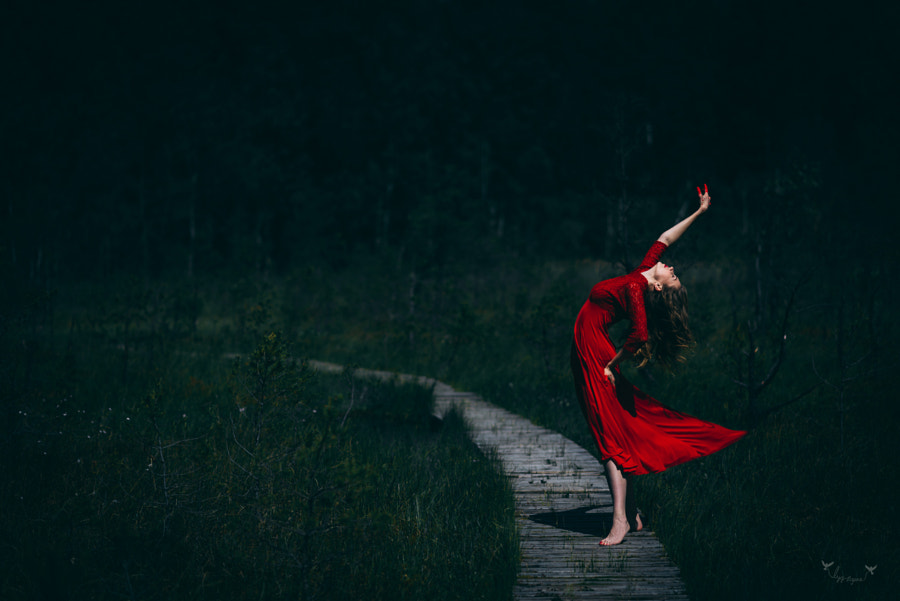 Shamelle by Lisa-Marie McGinn
Let’s not forget the capability of editorial and beauty photography to shatter stereotypes and bias. Lisa-Marie is a professional beauty photographer, who works mostly with women. In this classic portrait, it’s the power of the eye, staying true to traditional portraiture the focus is on the eyes. Then there is some color theory at play between the red lips and green background, resulting in an image that states “I’m an independent woman, hear me roar” Woman by Olga Sokolova
Long gone is the idea that choosing motherhood means giving up on your career. This image encapsulates the idea that mother and professional are not mutually exclusive, they are not binary concepts that can’t be negotiated. You can wear the suit and have the job and be a mother. 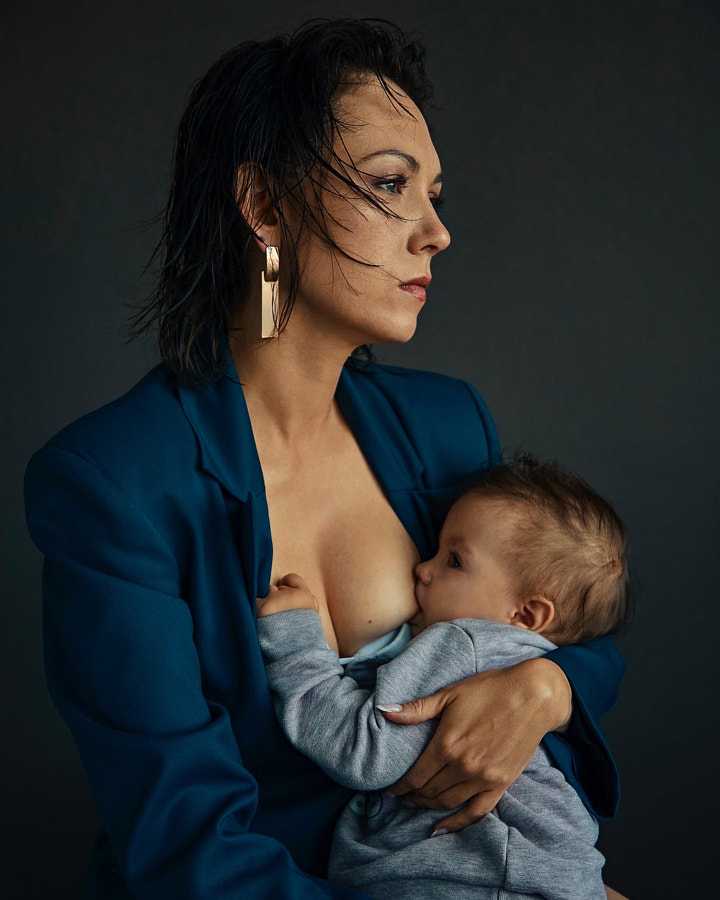 Family Portrait by Marina Brogovska
Three generations in one frame. Three unique women, one family. The ability to depict such different expressions while having them leaning into each other and evoking a sense of love is a testament to Marina’s ability behind the lens both technically as well as personally. 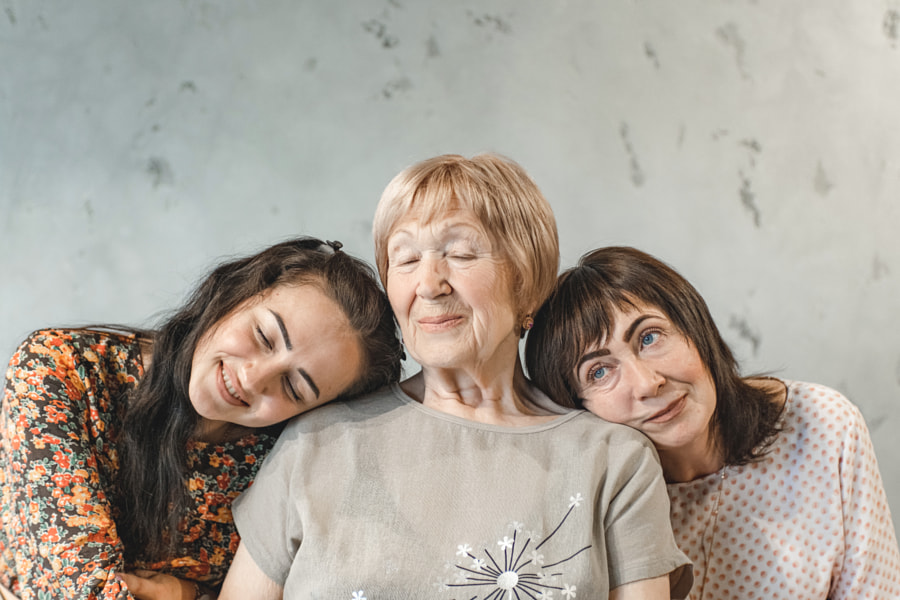 Harmony by Maria Svarbova
The fine art photographer marries creativity and community. This conceptual image plays with perception, duplicating and inverting the image to create a pattern playing on the idea of synchronization with the swimmers. No detail is ignored by Maria, and the result is a conceptual work or art. 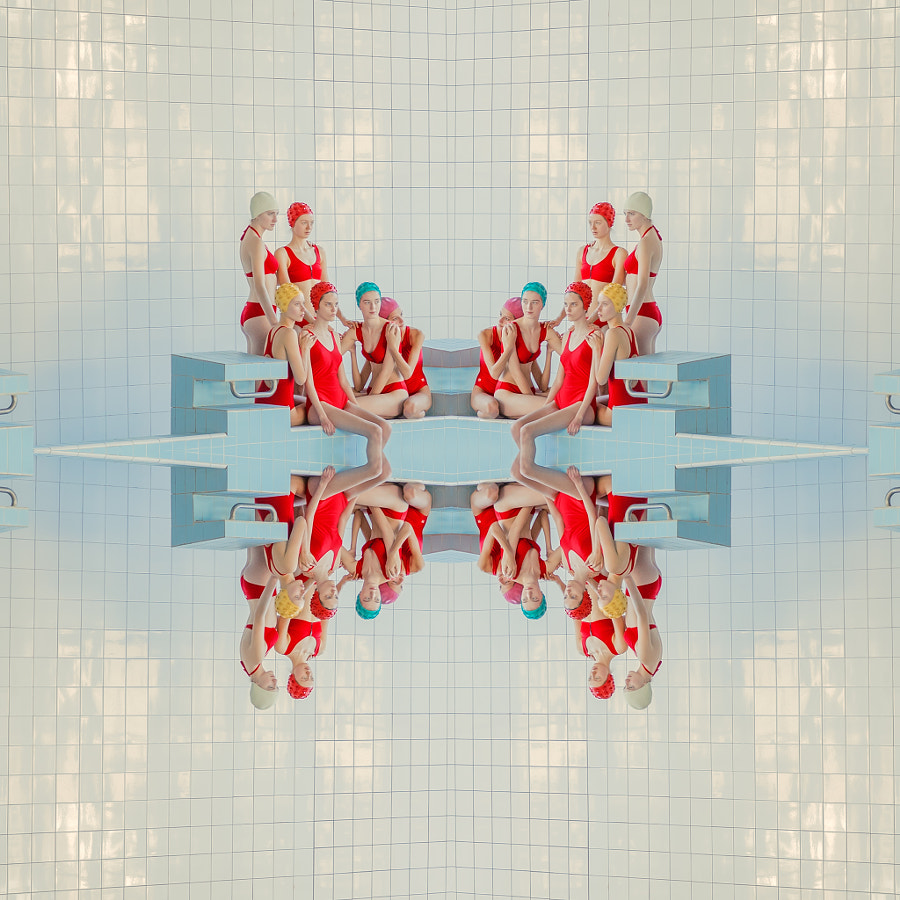 We Will Support You by Anna Degtyareva
The message is clear, communities are what make us. This image fosters a sense of support, for women by women. Instead of competing the aim is to bolster women up through difficult times as well as when they are excelling. 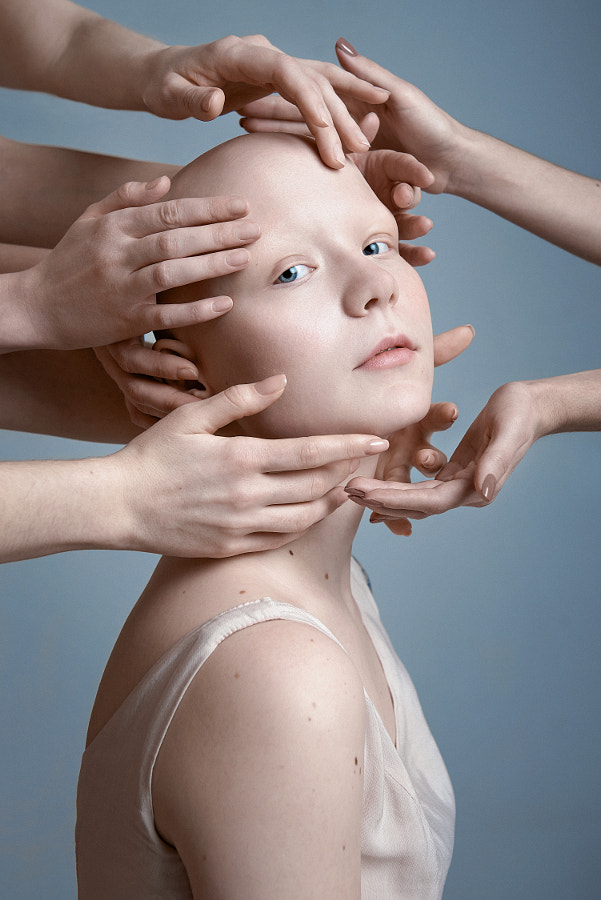 Check out some of our other articles empowering women in our community:
100 Female Photographers to Follow on 500px
Five Women Shaking Up the Photography Space

Fuji announces the TG-BT1 Tripod Grip for vlogging and remote camera control
Sony Will Supply Apple with ‘Advanced’ Image Sensor for the Next iPhone
Artist Deal Alert: Save Big With Up To 30% Off Xencelabs Digital Drawing Gear
HEIPI Tripod Now on IndieGoGo Despite Raising $1M on Kickstarter
The Hive Lighting Bumble Bulb PAR30 is an Omni-Color LED light built for high-end production