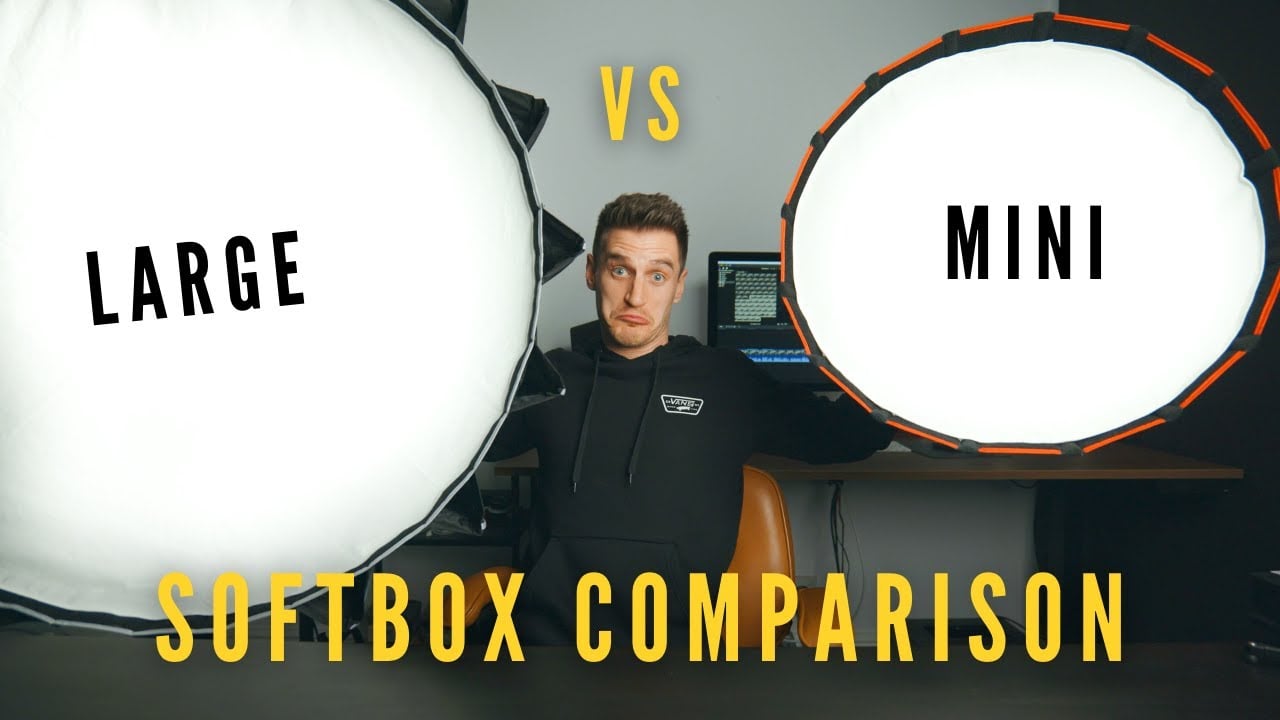 There’s a moment that comes to everybody who eventually starts breaking away from using solely natural light and moving towards artificial lights to give you a bit more control and consistency. Whether you’re a photographer, filmmaker or YouTuber, you’re going to one day have to decide on what to buy to be your first, or perhaps only softbox.

In this video, Sam Holland walks us through the differences between a hard bare light, a small softbox and a large softbox to let us see the kind of light it produces as well as the benefits of each type of hard, slightly soft and very soft light. In the context of Sam’s video, it’s largely based on the YouTube or presenter style lighting with just a single modifier, but which deserves your money?

As Sam explains, there’s really no easy answer as it ultimately boils down to personal preference and the look you’re going for. And as he also explains, it depends on what type of shoot you’re doing, too. While he demonstrates them in a single main light home studio setup for talking to the camera, you’re might want to get a different softbox or not even use a softbox at all if you’re shooting something like a short film or portraits on location where you need to mix the ambient natural light with your artificial lights to create a pleasing result.

Sam shows off both the Aputure Lightdome 2 and the Laofas D60B mini softbox. For me, though, my favourite for this type of YouTube presenter style stuff is the 65cm 16-sided Rice Bowl Parabolic from Pixapro here in the UK. In the USA, the closest product I can find to the 65cm Pixapro box is the Glow EZ Lock 25″ Collapsible Silver Beaty Dish from Adorama. When I need something larger, my go-to is the Glow EZ Lock 48″ Deep Parabolic Quick Softbox (or the 60″ Glow EZ Lock Octa Quick XXL if there’s room to set it up). I use these with strobes when shooting photography and with LEDs when shooting video. With most LED lights and strobes having Bowens mount modifiers these days, it makes life very easy when you want to find modifiers that work with both!

If you’re only ever going to use one light and softbox in a fixed location, then the differences Sam shows in the video between the smaller and larger softboxes will help to guide your buying choice. And as mentioned, it will largely boil down to personal preference. But if you plan to get a little more elaborate with your lighting setup, then you’ll likely use more than one modifier anyway, so don’t stress too much over which to buy first. For multiple light setups, I often use the smaller box as my key, to give the light some directionality and contrast without being too hard and harsh, and the larger 48″ or 60″ softbox as a nice soft fill to stop the shadows from falling to blackness.

What’s your favourite softbox? Or are you still trying to figure out which to get?