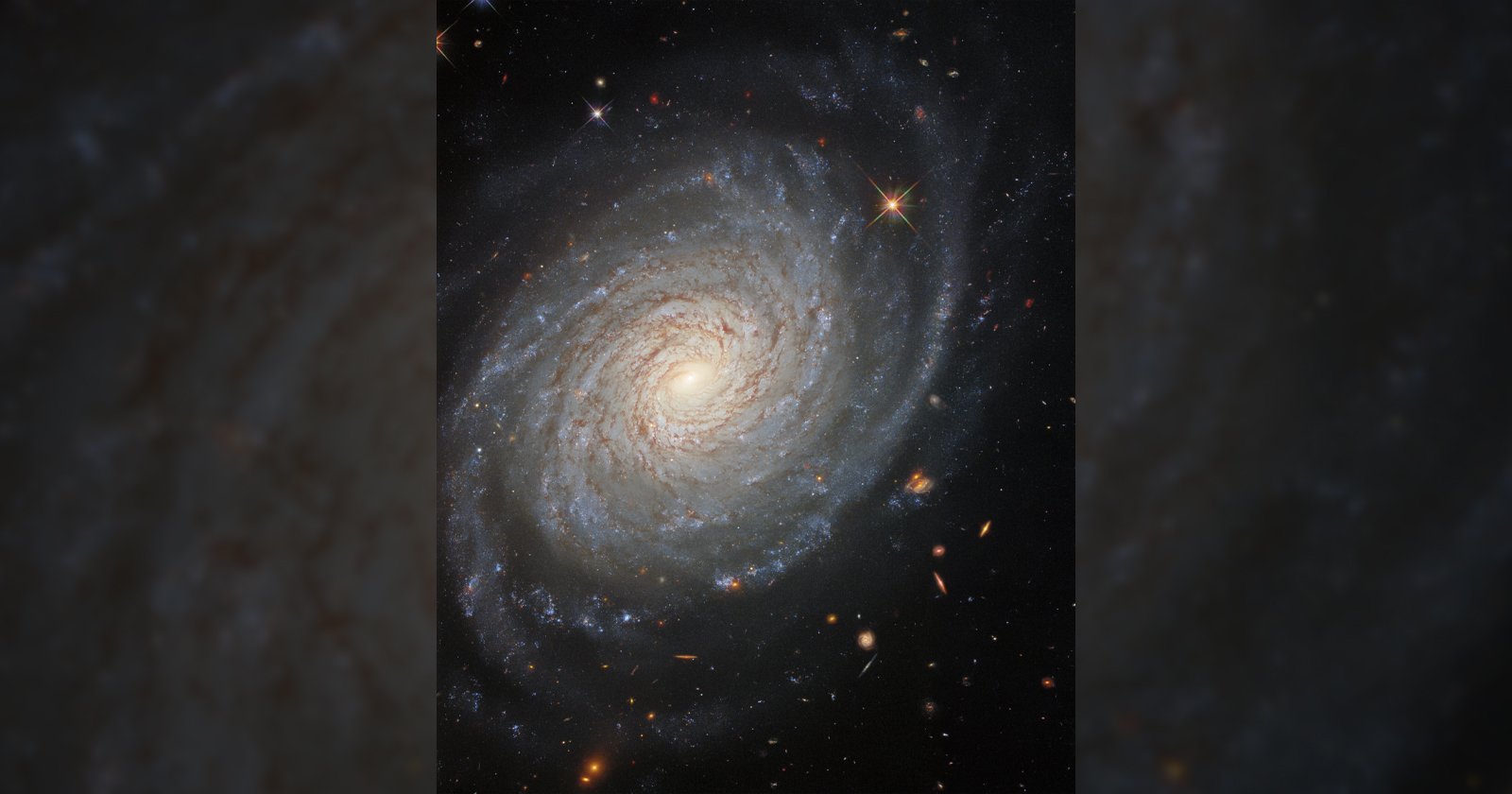 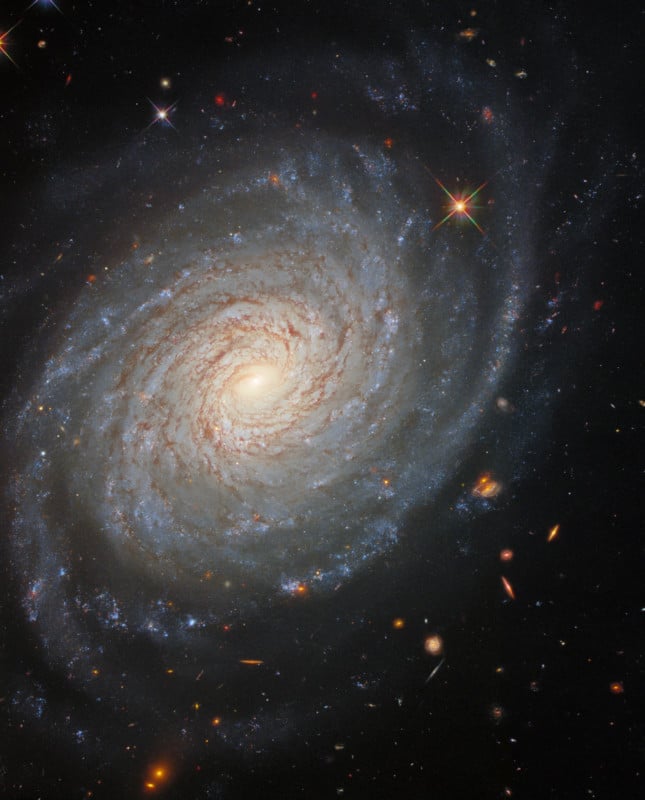 A new image taken by the Hubble Space Telescope showcases a spiral-shaped galaxy that lies around 150 million light-years away. But NASA says not to be fooled: its peaceful state belies a violent past.

Beautiful and Tranquil Now, but with a Violent History

This photo of the “lazily winding spiral arms” of galaxy NGC 976 was captured by the Hubble Space Telesope and comes courtesy of NASA and the European Space Administration (ESA). The space organizations say that despite its tranquil appearance, NGC 976 has played host to one of the most violent astronomical phenomena that exists: a supernova explosion.

“These cataclysmically violent events take place at the end of the lives of massive stars and can outshine entire galaxies for a short period,” NASA/ESA explain. “While supernovae mark the deaths of massive stars, they are also responsible for the creation of heavy elements that are incorporated into later generations of stars and planets.”

Supernovae also help astronomers measure the distances of faraway galaxies as the amount of energy thrown out into space by some types of supernova explosions is described as “very uniform,” which allows them to estimate their distance sfrom how bright they appear when the light finally reaches Earth.

In this latest photo, which was captured using Hubble’s Wide Field Camera 3, comes from a collection of Hubble observations of “nearby” galaxies (in quotes as they are still staggeringly far away, but near in the grand scheme of the universe) that host supernovae as well as a “pulsating” class of stars known as Cepheid variables.

“Both Cepheids and supernovae are used to measure astronomical distances, and galaxies containing both objects provide useful natural laboratories where the two methods can be calibrated against one another,” NASA explains.

The Hubble Space Telescope is one of the most valuable tools ever made for evaluating the universe, and the observations is has provided continue to be of critical importance to astronomers. But it has not always been smooth sailing. Hubble was to be succeeded by the James Webb Space Telescope, but nearly a decade of delays has left Hubble with massive responsibility long beyond its original scope.

It almost appeared as if time would finally get the best of Hubble last year when two separate issues caused NASA to take the telescope offline twice. Hubble first went offline in the summer due to a glitch in its payload computer. It was the first hiccup in operation after 31 continuous years. But scientists were able to get it back online, and things were looking up.

But it wasn’t to last. Hubble would experience a second major issue later that fall that would bring the telescope offline for another month. But yet again, scientists were able to revive the telescope to full operation, allowing it to make it into the home stretch as Webb finally launched on December 25.

Godox takes us back to the ’80s with the retro-themed Lux Junior on-camera flash
Gender identity in commercial Licensing
The 500px team shares insight on creating sellable content
How to Turbocharge Your Photography Workflow
Lightroom 4: Importing and Organizing Your Images