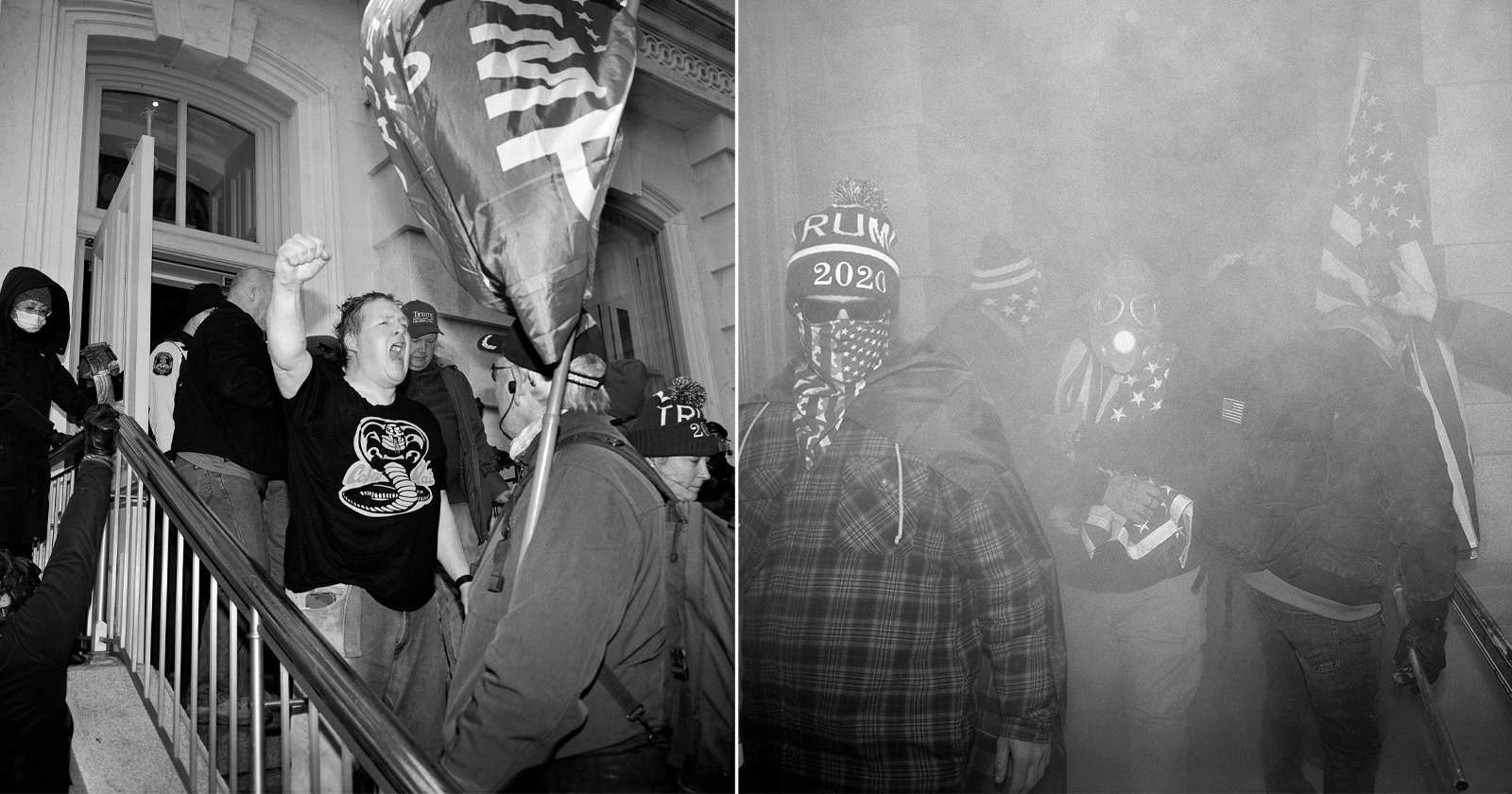 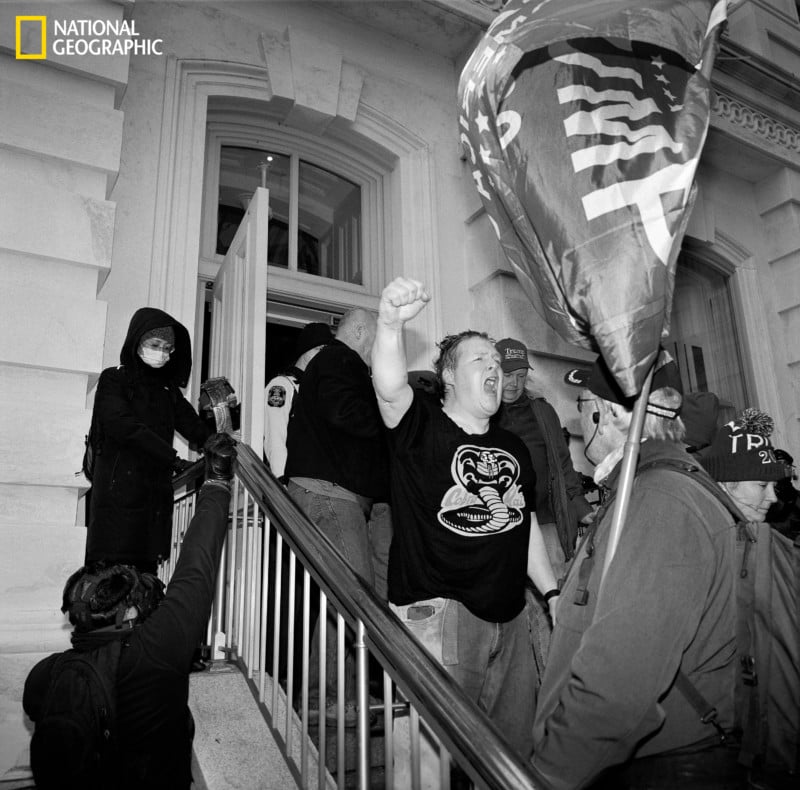 National Geographic has published a stirring piece from photographer Louie Palu that covers his experience documenting two impeachments, a pandemic, civil unrest, lockdowns, and an attack on democracy.

“Washington On Edge” is a powerful story made up of video clips, photos, and text that provides a first person point of view of how the country’s cohesion and its democracy was shaken by COVID-19, the attack on the Capitol, and all the moments leading up to it.

Palu says that he has, for years, photographed conflict around the world from Afghanistan and Ukraine — where political and ideological differences spark violence — to the drug war in Mexico where the rule of law has collapsed. These are extreme circumstances, and Palu likely did not expect to find a similar circumstance take place in the United States.

Through two presidential impeachments, widespread civil unrest, the proliferation of the coronavirus pandemic, and the violent attack on the Capitol, Palu believes the effects of the last couple of years will continue to reverberate through American society for years to come.

“What I envisioned as a single photo essay turned into an ongoing project,” Palu says. “I continued to photograph in the nation’s capital, documenting the strains on American society that threaten the country’s cohesion and its democracy.”

Palu’s story is a powerful look at the events that transpired from the perspective of a person who witnessed them in person.

“Trump had hardly finished touting his acquittal before the country was plunged into a frightening pandemic.
In the capital, the response was quickly shaped by sharp partisan differences,” he writes. “And then George Floyd’s murder by a Minneapolis police officer shocked the country, bringing protests and violent confrontations to the White House.

“The election, the foundation on which the country’s freedom and its stature in the world rest, became the next crisis after Trump insisted without evidence that Joe Biden’s victory on November 3, 2020, was fraudulent,” he continues.

“The president’s supporters stormed Washington in the weeks afterward and eventually attacked the Capitol. After the assault on January 6, 2021, government buildings around the city were fortified by wire and concrete, guarded by heavily armed troops. And in yet another infamous first in the history of the country, a president was impeached for a second time.”

The National Geographic Society, which is committed to illuminating and protecting the wonder of the planet, funded Palu’s work on the politics of COVID 19 since 2020. Palu’s entire photo series and full account can be read on National Geographic.

Header photo caption: A man cheers during the violent attack of the U.S. Capitol in Washington D.C. after a mob of Pro-Trump supporters continued clashing with police through a door and into a hallway which was breached by attackers, they then looted, vandalized offices and assaulted police in the Capitol after the start of the process of counting the Electoral College votes during a joint session of Congress. Photo © Louie Palu.