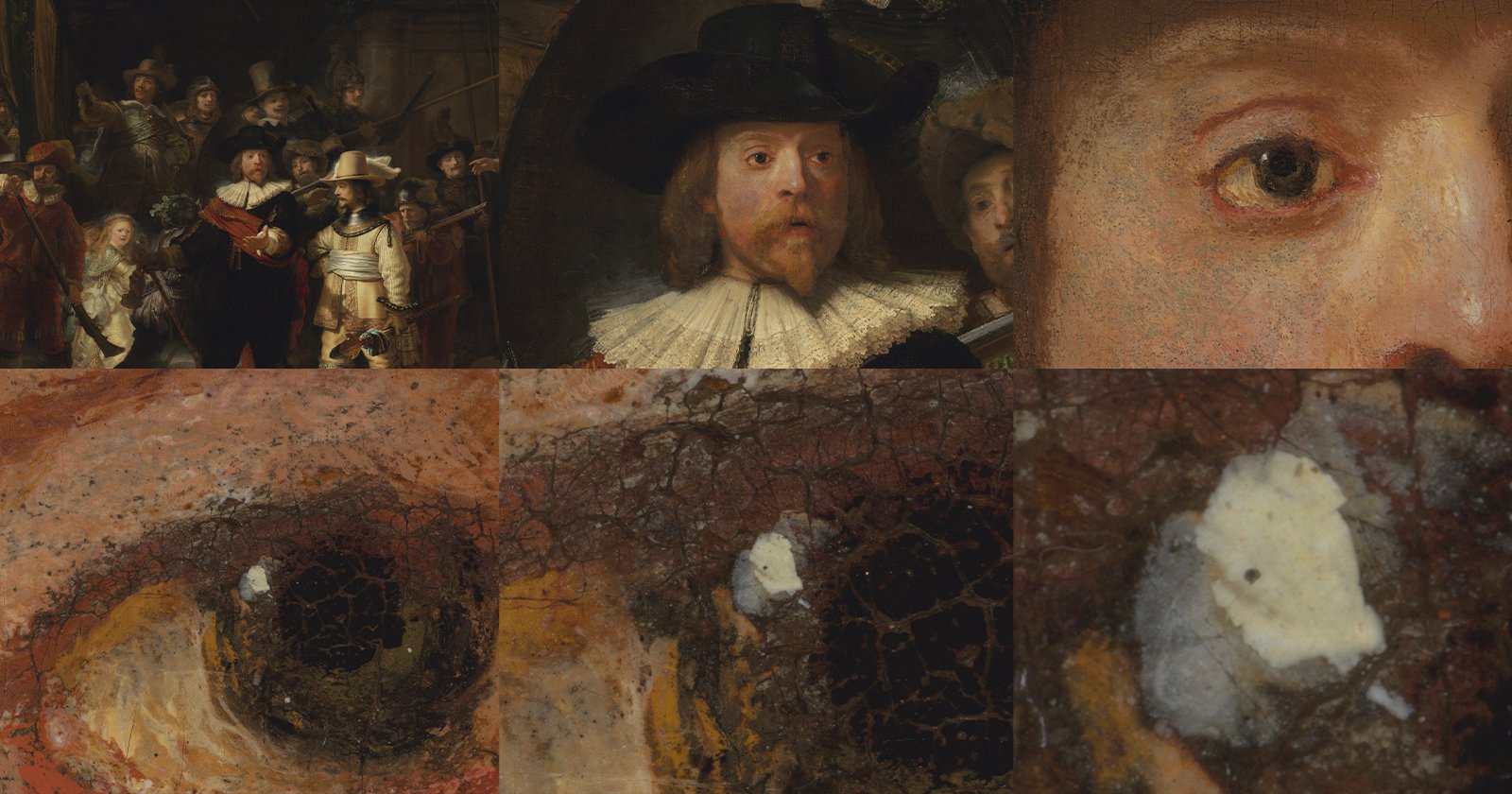 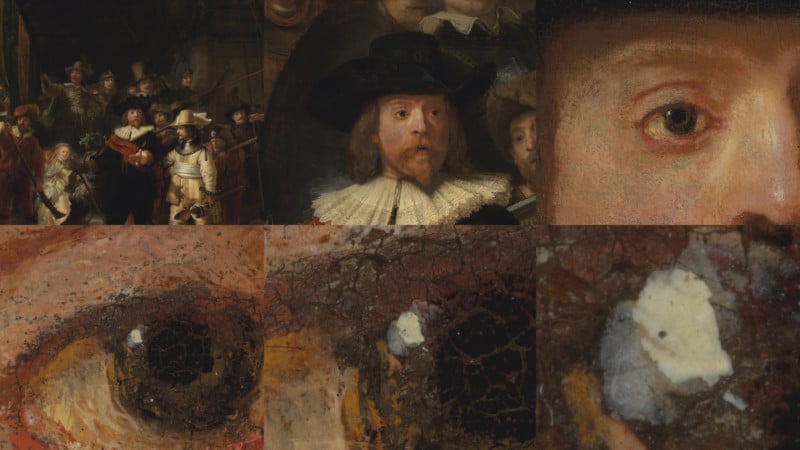 The Rijksmuseum in Amsterdam has released an interactive photo of The Night Watch painting by Rembrandt in a staggering resolution of 717-gigapixels. The museum claims it is the highest resolution photo of artwork ever captured.

The photo was taken as part of Operation Night Watch, the largest and most comprehensive investigation into Rembrandt’s masterpiece ever undertaken. The goal of the program, which started in 2019, is to optimally preserve the painting for the future. Last year, the team restored parts of the painting that had been lost to a series of attacks on the painting in the past using artificial intelligence.

The Highest Resolution Photo of Artwork Ever Taken

At 717 billion pixels, the museum says that the distance between two pixels in the photo is just five micrometers (0.005 millimeters), which means the size of one pixel is smaller than a human red blood cell. The museum says it used a 100-megapixel Hasselblad H6D-400MS camera to shoot 8,439 individual photos that each measured 5.5 centimeters by 4.1 centimeters. These photos were then stitched together using artificial intelligence. The final file size of this gigantic image is a whopping 5.6 terabytes. 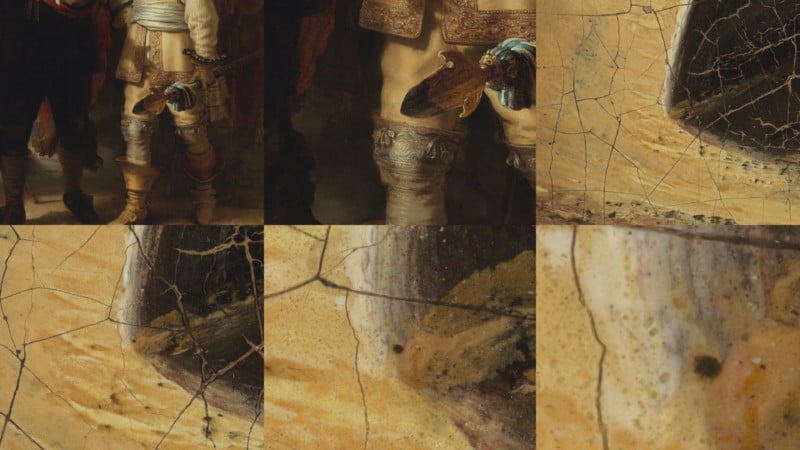 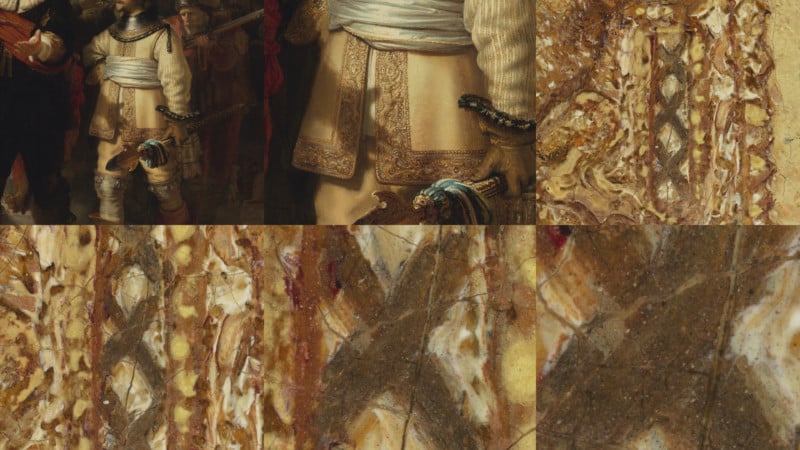 The individual shots had a depth of field of 125 micrometers (1/8 millimeter). The Rijksmuseum explains that in order to ensure that every photo was in focus, the surface of the painting was first scanned with lasers and the camera had to be fine-tuned before the photo was taken. Immediately after taking each photo, a neural network checked for color and sharpness. 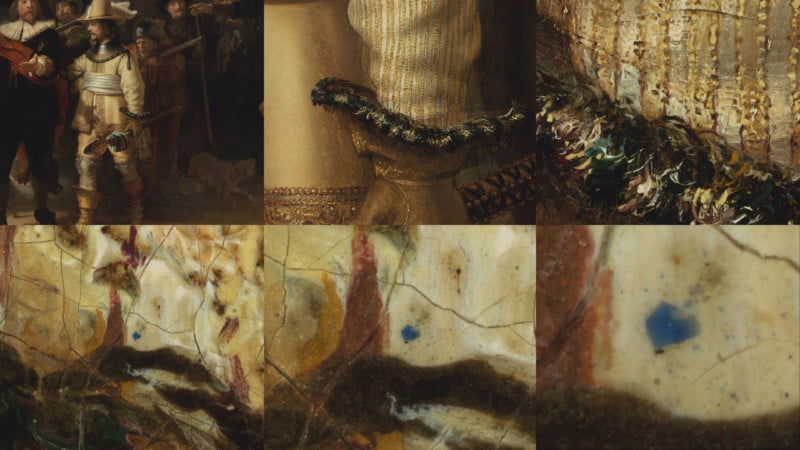 Once again, the researchers of Operation Night Watch have succeeded in pushing the boundaries of what was thought possible,” Taco Dibbits, Director of the Rijksmuseum says. “Thanks to this image, the public can marvel at Rembrandt’s masterpiece in even smaller details.” 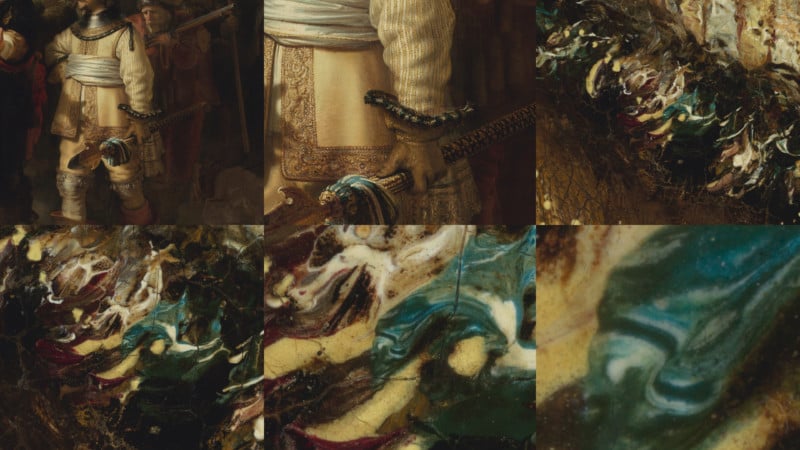 The museum says this level of detail makes it the largest image of a work of art ever taken and is four times larger than the photo of The Night Watch that the museum posted on its website in May of 2020. That photo, which was 44.8 gigapixels in size, was already impressive, but with this jump in resolution, the researchers are able to study the painting even better.

The museum says that this new photo is sharp enough that neural networks can now examine the painting very quickly for similarities in pigment particles or the mapping of all lead soaps, which was not possible with the previous photo. 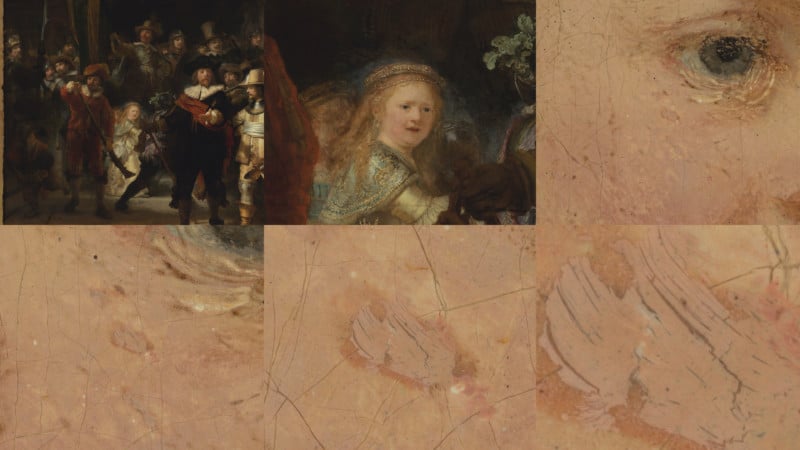 The Rijksmuseum says that the second phase of the project will begin on January 19 where the team will continue its restoration work on the painting using the information it now has thanks to the new high-resolution photo.

The navigable, full resolution image can be viewed on the Rijksmuseum website.