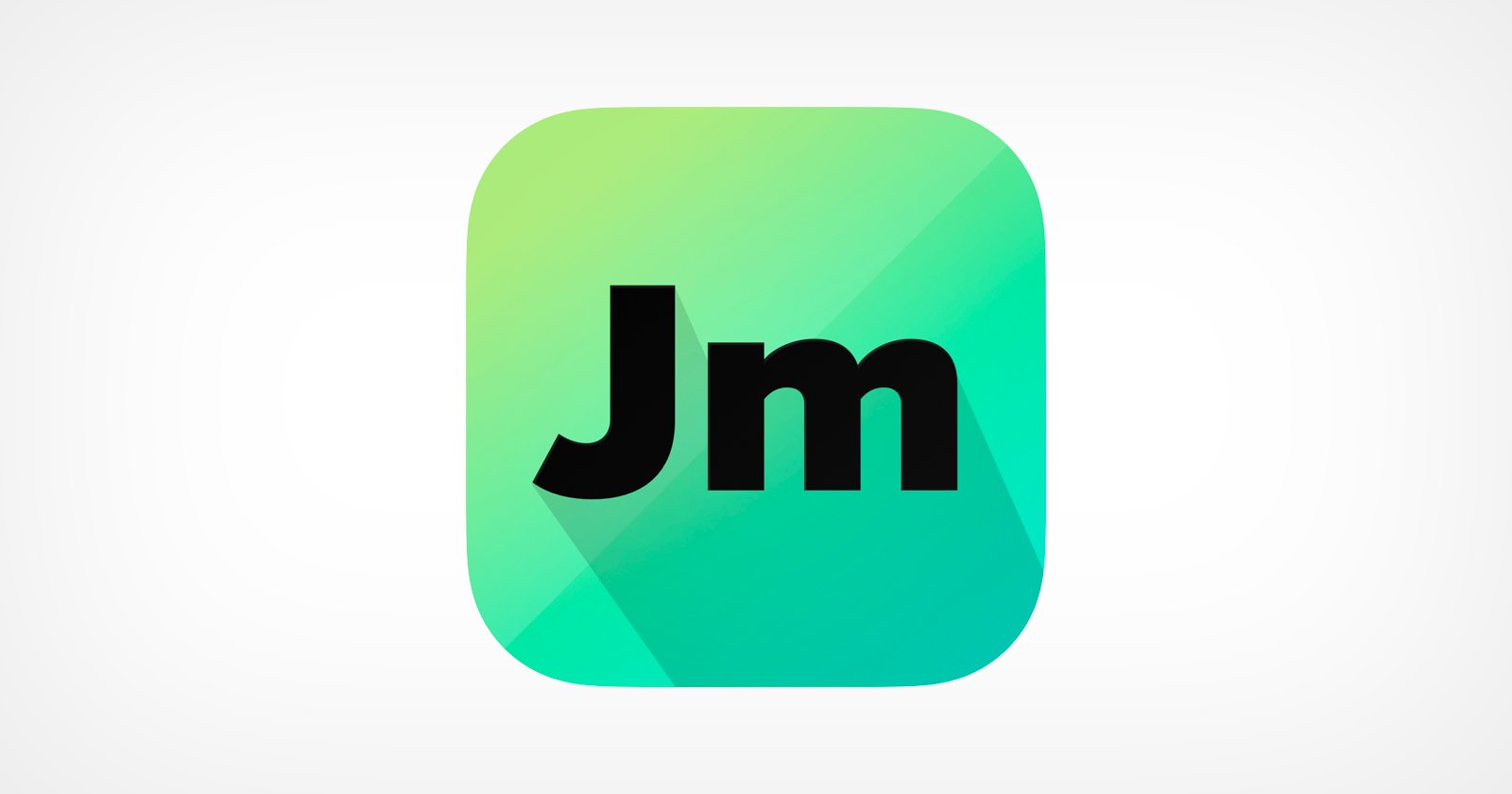 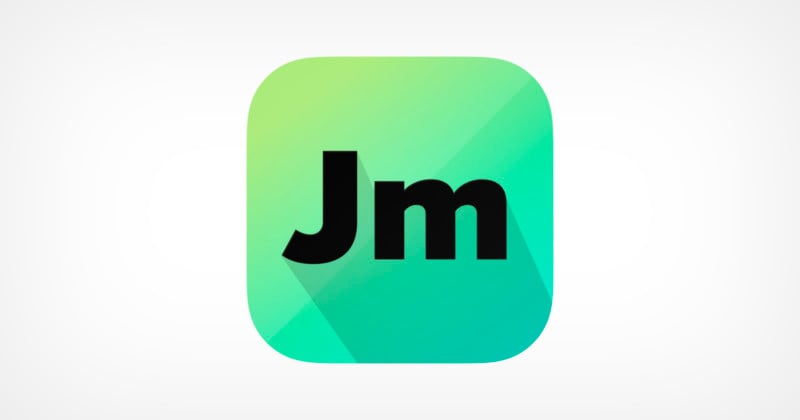 JPEGmini has released Update 3.3 for the Image optimization app which brings a long-requested feature to the software: it can now reduce the size of video files.

Since the announcement of version 3 last year, the JPEGmini team says it has been working on now-free addition. While the company acknowledges it still has a long way to go as far as customization and enhanced controls for the video optimization, JPEGmini says it is happy to release this version and says the team plans to add more advanced features for the user base over the coming months. 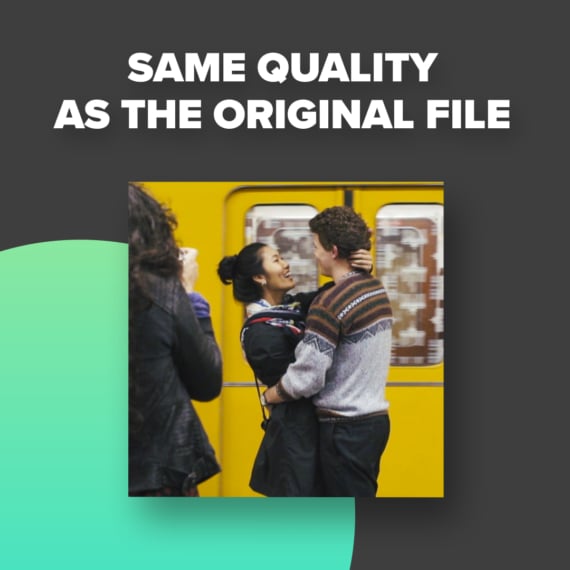 Like everything else with JPEGmini, optimization of video begins with a simple drag-and-drop into the app. The company says users can even grab entire folders of files with images and video files interspersed within them which the program can work through in a single batch process.

The current 3.3 version supports the optimization of h.264(AVC) MP4 and MOV files and users can expect up to a 50% file size reduction (30% on average, with peaks up to 80%), while quality and playability remaining the same as the original file, the same as the company says can be expected of JPEGs. The company says that video optimization times will vary based on the size and duration of the video clips imported into the application.

The technology being used to optimize video files in JPEGmini is the same as tools used by many large video streaming services to reduce the video storage and delivery costs, which the company says is designed to ensure a quality streaming experience that is still top-notch for the end-users.

“Basically, the way JPEGmini performs its ‘magic’ of reducing file size without affecting quality, is by removing perceptually redundant information from the image file,” the company explains. “This is information that is imperceptible by humans, and there is no point in keeping information that we can’t see… But how do we identify such information, and remove it, while making sure all “essential” information is preserved? This is where the Beamr Quality Measure (BQM) comes into play.”

JPEGmini says that the application required some adjustment of the compression to ensure artifacts would not be left behind and all edges in the frame remain sharp.

“In order to capture these additional potential artifacts, we enhanced BQM with two more components: An Edge Loss component and a Temporal Consistency component,” the company continues. “In addition, when using the video version of BQM, we ‘pool’ together with the tile quality scores to create a single quality score for the video frame.”

The diagram below shows the structure of the enhanced BQM that the company uses for video applications: 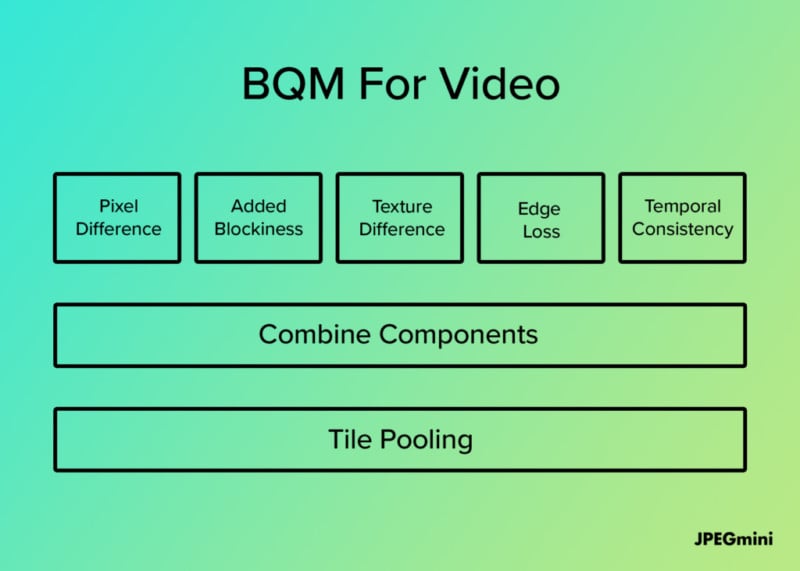 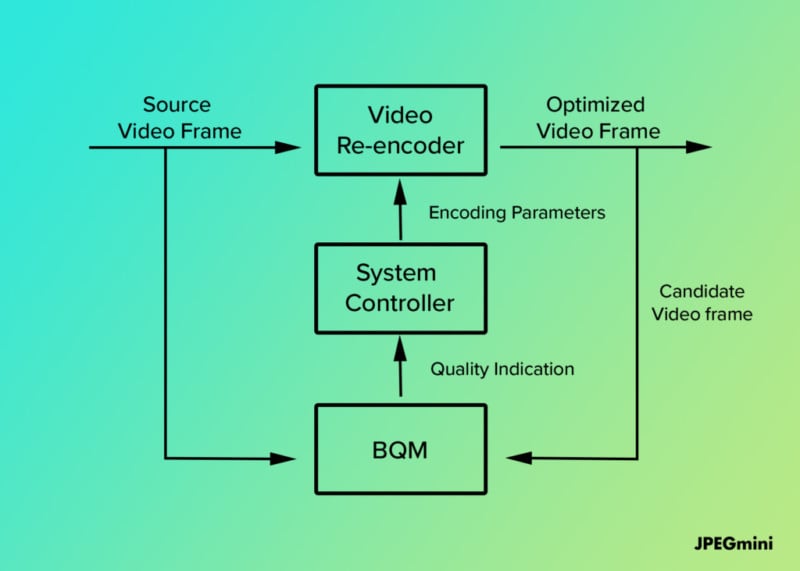 Effectively, JPEGmini says that the same method used to optimize JPEGs with the app are applied frame by frame to video files, first decoding the video then each frame is re-encoded with a higher level of compression to produce one or more candidate video frames. Then the video version of BQM is used to compare the quality of each candidate frame with the source file to determine which is the best (smallest) candidate to use. According to the company, other than changing the compression level of the video frames, JPEGmini does not alter any other attribute of the video file meaning, metadata, audio tracks, and file formats all remain the same.

The company believes this new version already has the potential to help many more creators with their workflows, but they also want to hear more feedback from videographers to ensure future releases have the tools and features that video teams absolutely need in their production lives. The company wanted to get this version of the app into the hands of as many videographers as possible to get better feedback from the users to ensure that as more file-type support is added, the features users want and need are there.

JPEGmini costs $59 for the base software and $89 for access to the plugins for Photoshop, Lightroom, and Capture One. Though the software is perpetual, in order to get annual updates, JPEGmini is adjusting its policy and now requires payment of an annual fee.