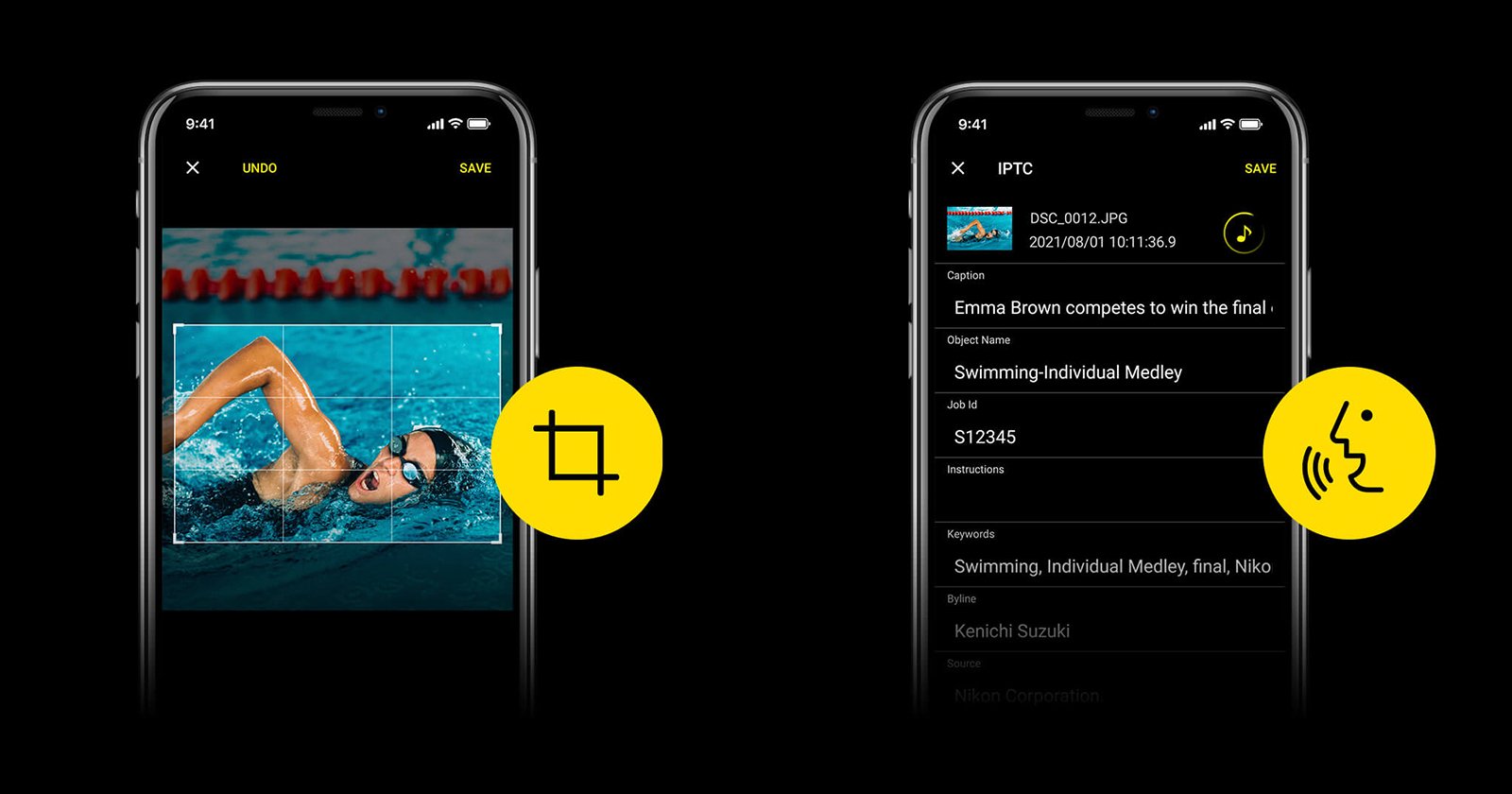 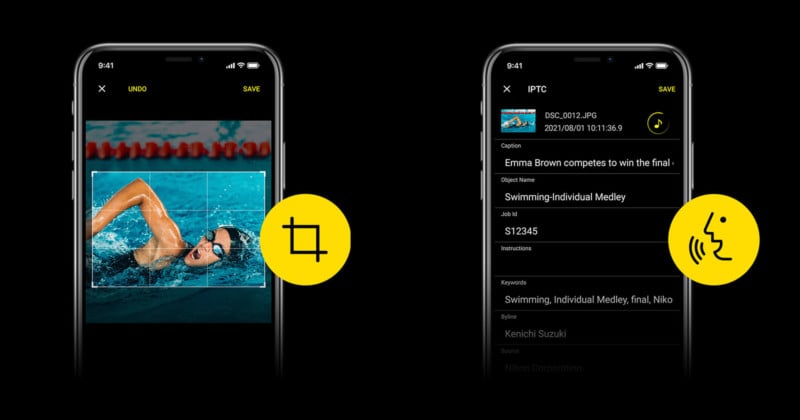 Nikon quietly announced a pair of new software applications to go along with the flagship Z9 Camera last week: NX MobileAir for smartphones and NX Tether for Mac and PC.

The mobile app NX MobileAir will be released for Android and iOS devices on November 24th, 2021, and is designed to let photographers connect their cameras to their smartphones for fast FTP uploads over the cellular connections while on location.

The app is billed as one that will be particularly useful for photojournalists — like those who cover the Olympics and large sporting events — that need to get images to their publications as soon as possible and may not have access to fast or stable WiFi or ethernet since the app will leverage 4G and 5G cellular networks. Given the app announcement occurred at the same time as the Nikon Z9, this makes sense.

NX MobileAir should come with multiple professional features including the ability for users to manage an FTP server, perform some basic edits, and enter the IPTC data, and add voice memos. Photographers will be able to upload large batches of photos or individual selections. 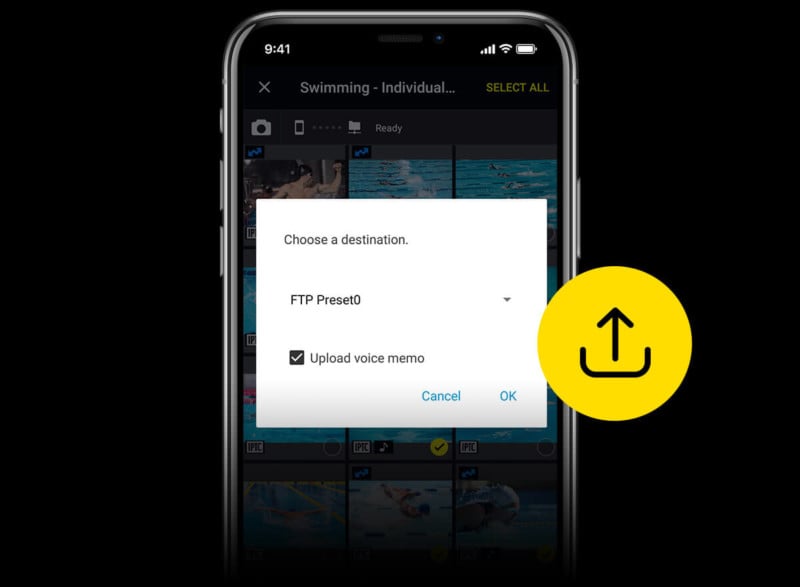 According to Nikon, the new mobile app is compatible with the Z9, Z7 II, Z6 II, Z50, D6, and D5 using a compatible USB-C cable for Android and Lightning to USB-C cable for iOS. The app will have both a free and paid tier. The free tier allows for users to have a single album with up to 999 images. The paid tier will cost $4.99 per month and allows for unlimited albums and storage without limits.

A note on that storage bit: while it’s not expressly stated, it’s not expected to be a feature that will offer unlimited cloud storage — this is not a cloud storage service — but access to connect to an existing FTP server of any capacity. PetaPixel has reached out to Nikon to clarify.

NX Tether has been designed to be a simple and streamlined tethered shooting solution for compatible Nikon cameras. Like most tethering solutions, it allows for instant transfers of every shot taken to a connected computer as they are captured. The Mac and PC compatible software will work for all Z mirrorless cameras as well as the D780 and D6 DSLRs. NX Tether will allow users to make real-time adjustments to important camera settings on the fly with in-app controls that are consistent with the recent Nikon cameras. 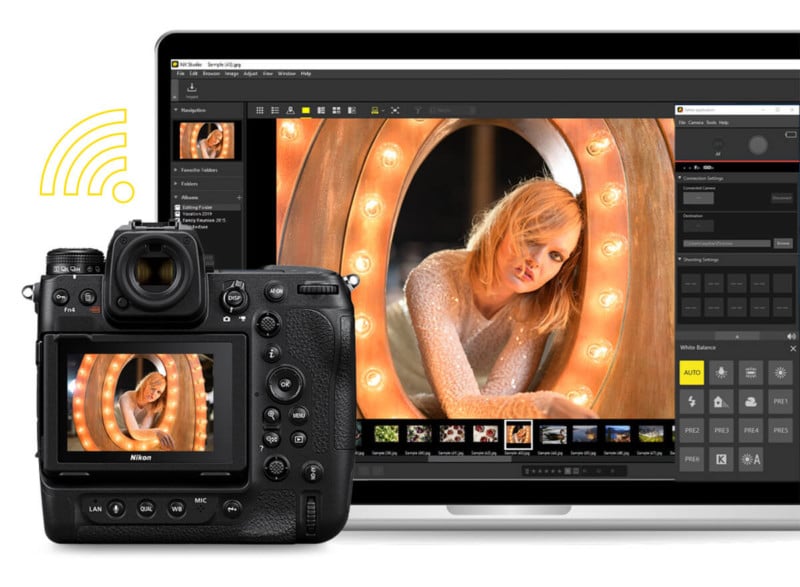 The company says NX Tether will fit into the existing Nikon software ecosystem and can tie directly into other Nikon apps like NX Studio, Nikon Image Space, and Nikon Picture Control Utility 2. While tethering has existed for many years, the NX Tether application will allow supported Nikon cameras to be used wirelessly, which the company says will allow for greater creative freedom and flexibility on set.

NX Tether will be available for download on November 4, will be free, is compatible with Mac and PC, and will work wirelessly with the Nikon Z9 out of the box as it has a wireless transmitter built into the system. The D780, D6, and the rest of the Z mirrorless camera lineup will have to use the WT-7 (or WT-6/WT-5) wireless transmitters.

8 Great Gifts for Photographers in the 2022 Holiday Season
Artist Deal Alert: Save Big With Up To 30% Off Xencelabs Digital Drawing Gear
Photographer’s Automatic Lens Cap Shields Camera During Rocket Launches
My Favorite Photography Deals of the Holiday Weekend
Prototype 1964 Leica Noctilux 50mm f/1.2 is Expected to Sell for $500K