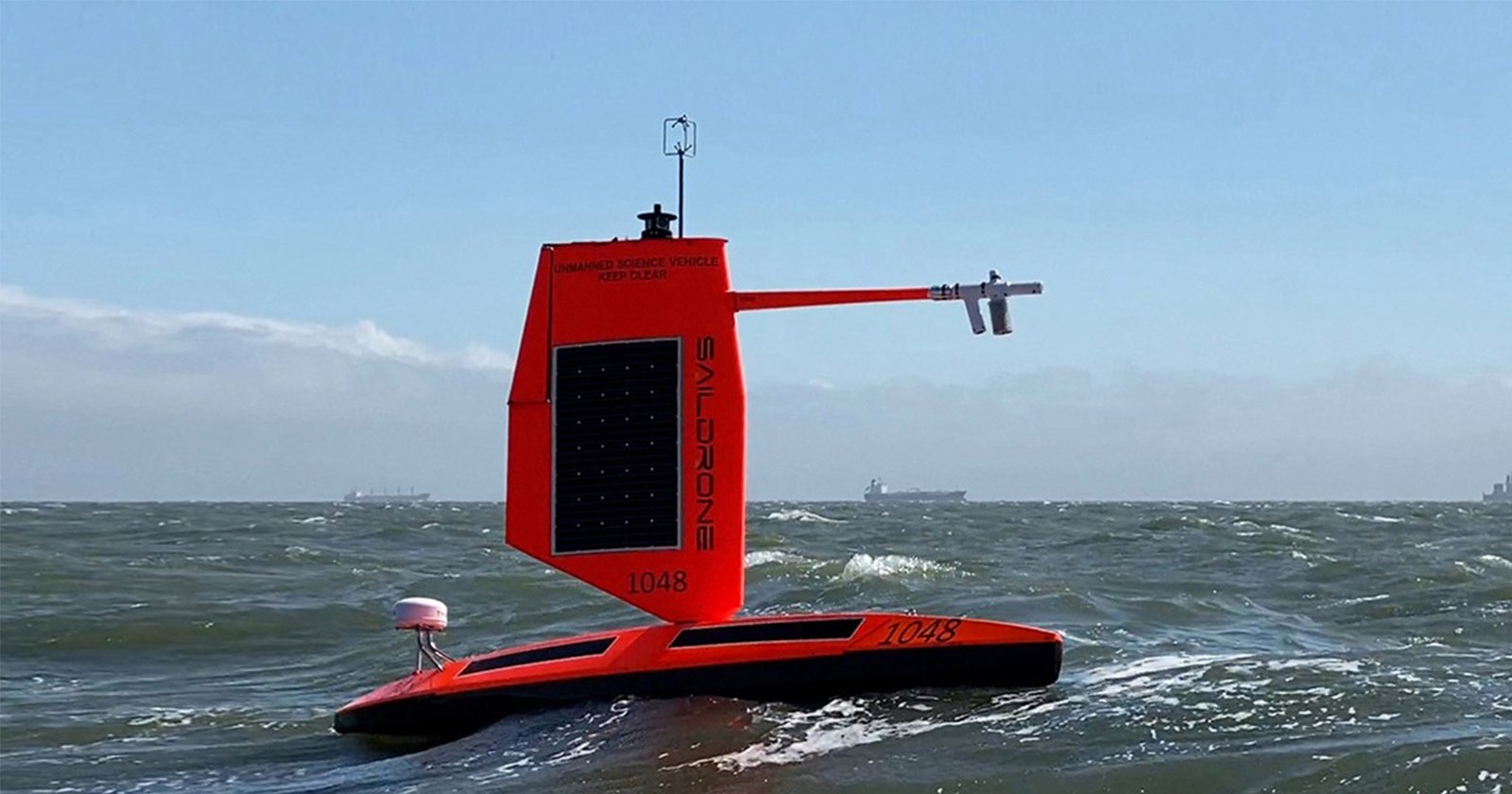 Saildrone and The National Oceanic and Atmospheric Administration (NOAA) have released the first video footage gathered by an unmanned surface drone (USV) from inside a major hurricane while it moved across the Atlantic Ocean.

As announced on the NOAA website, the Saildrone Explorer SD 1045 was directed into the path of Hurricane Sam, a category four storm, where it contended with 50-foot waves and winds exceeding 120 miles per hour to collect important scientific data to offer researchers new perspectives into storms of that size.

Another hurricane? I do not like them, Sam I Am. pic.twitter.com/2pRV0sTCrw

The drone is built with a special “hurricane wing” that enables it to operate in extreme wind conditions and is part of a five drone team that has been in the Atlantic Ocean since the beginning of the hurricane season this year. According to NOAA, these devices are collecting real-time observations for numerical hurricane prediction models, which should provide scientists a better insight on how these cyclones grow and intensify. Hopefully, this new data will help with storm forecasting and reducing the loss of lives when storms of this magnitude make landfall.

“Saildrone is going where no research vessel has ever ventured, sailing right into the eye of the hurricane, gathering data that will transform our understanding of these powerful storms,” said Richard Jenkins, Saildrone founder and CEO. “After conquering the Arctic and Southern Ocean, hurricanes were the last frontier for Saildrone survivability. We are proud to have engineered a vehicle capable of operating in the most extreme weather conditions on earth.”

“Using data collected by saildrones, we expect to improve forecast models that predict rapid intensification of hurricanes,” said Greg Foltz, a NOAA scientist. “Rapid intensification, when hurricane winds strengthen in a matter of hours, is a serious threat to coastal communities. New data from saildrones and other uncrewed systems that NOAA is using will help us better predict the forces that drive hurricanes and be able to warn communities earlier.”

The Saildrone Explorer SD 1045 collects and transmits the data recorded directly to the NOAA Pacific Marine Environment Laboratory and Atlantic Oceanographic and Meteorological Laboratory which are the company’s partners in this research mission.

Image credits: Featured image via the NOAA and Saildrone.