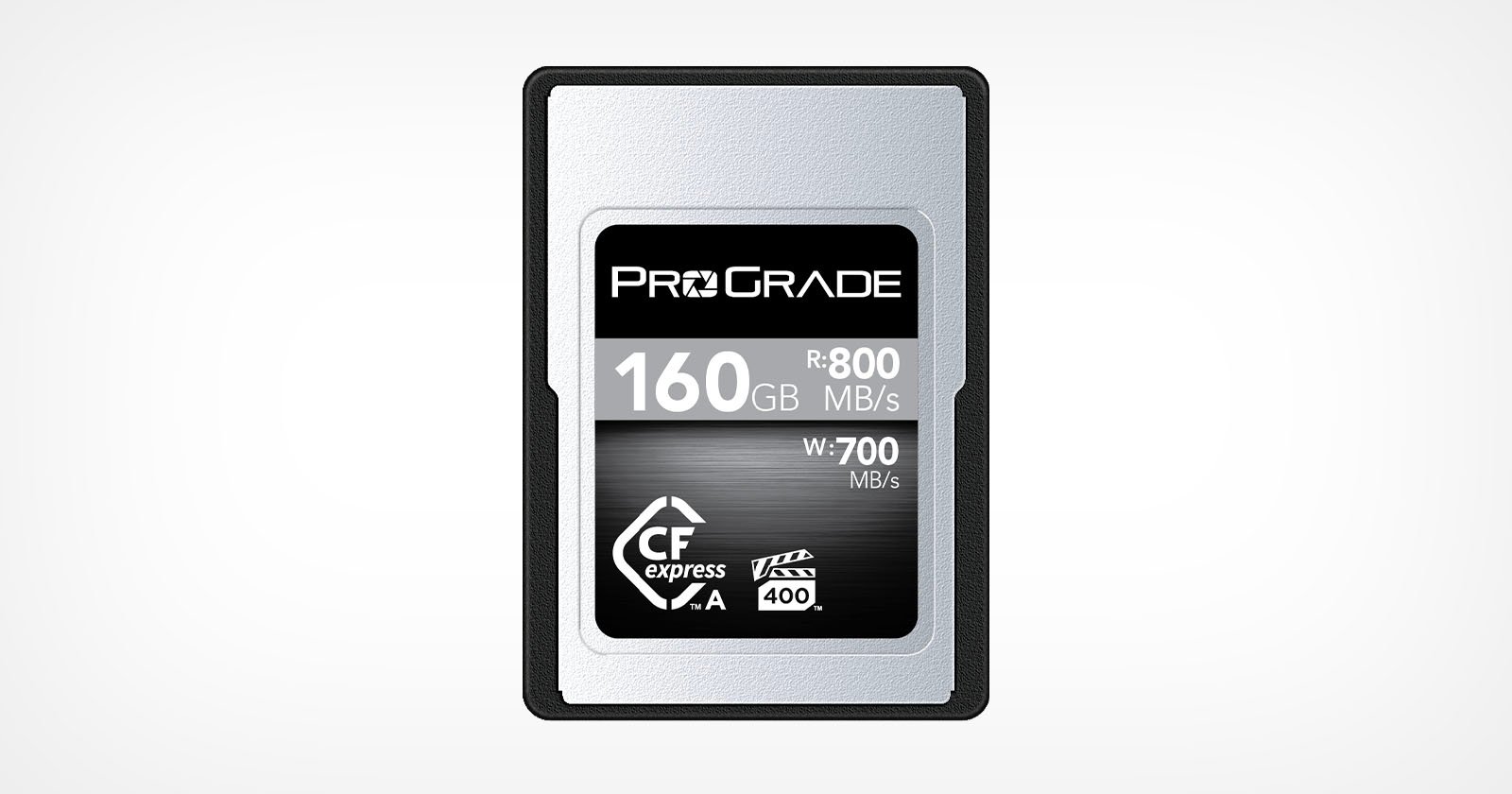 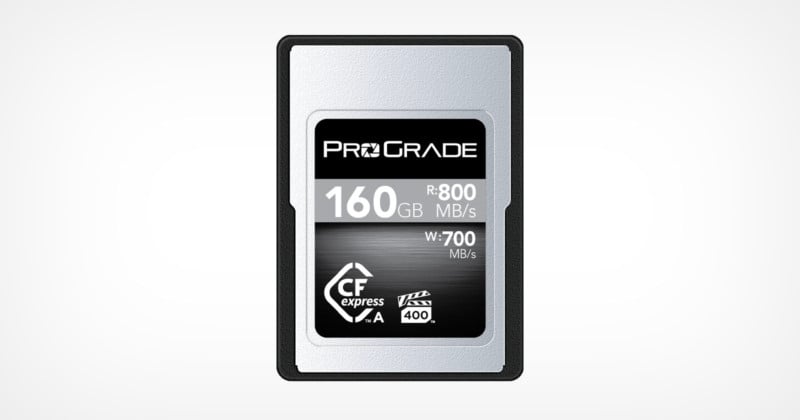 CFexpress Type A is a memory card format that is smaller than full-size SD, and bigger than microSD. By leveraging PCIe, Gen 3 interconnect with NVMe 1.3 host controller interface, CFexpress Type A provides levels of performance three times greater than the fastest UHS-II cards available in the market.

Presently only Sony has utilized the CFexpress Type A specification and, in Sony’s case, can share the same card slot with the older and still popular, albeit slower, SD card slot on cameras like the Alpha 1. And while Sony has been the only camera manufacturer to add the slot to its cameras, it is also the only memory card manufacturer to produce the cards — until now.

In a conversation with PetaPixel, ProGrade Digital explained that while Sony is the only company to actively be using the format now, the company believes that the open industry standard will soon see wider support from other device manufacturers.

“Due to the size and performance of CFexpress Type A, we believe that next generation compact DSLR and mirrorless cameras will start adopting this form factor over SD as we have already seen in some of the new cameras” says Wes Brewer, founder and CEO of ProGrade Digital. “We are now able to offer the widest range of CFexpress card choices to meet both current and future needs of all leading-edge imaging applications. Coupled with our CFexpress Type A USB 3.2 Gen 2 high speed reader, our customers have a complete solution for capturing and downloading still and video images as well as enhancing their digital imaging workflow.”

ProGrade Digital has decided to launch a single card capacity of CFexpress Type A to start: 160 GB. The card is available for $330 starting today.