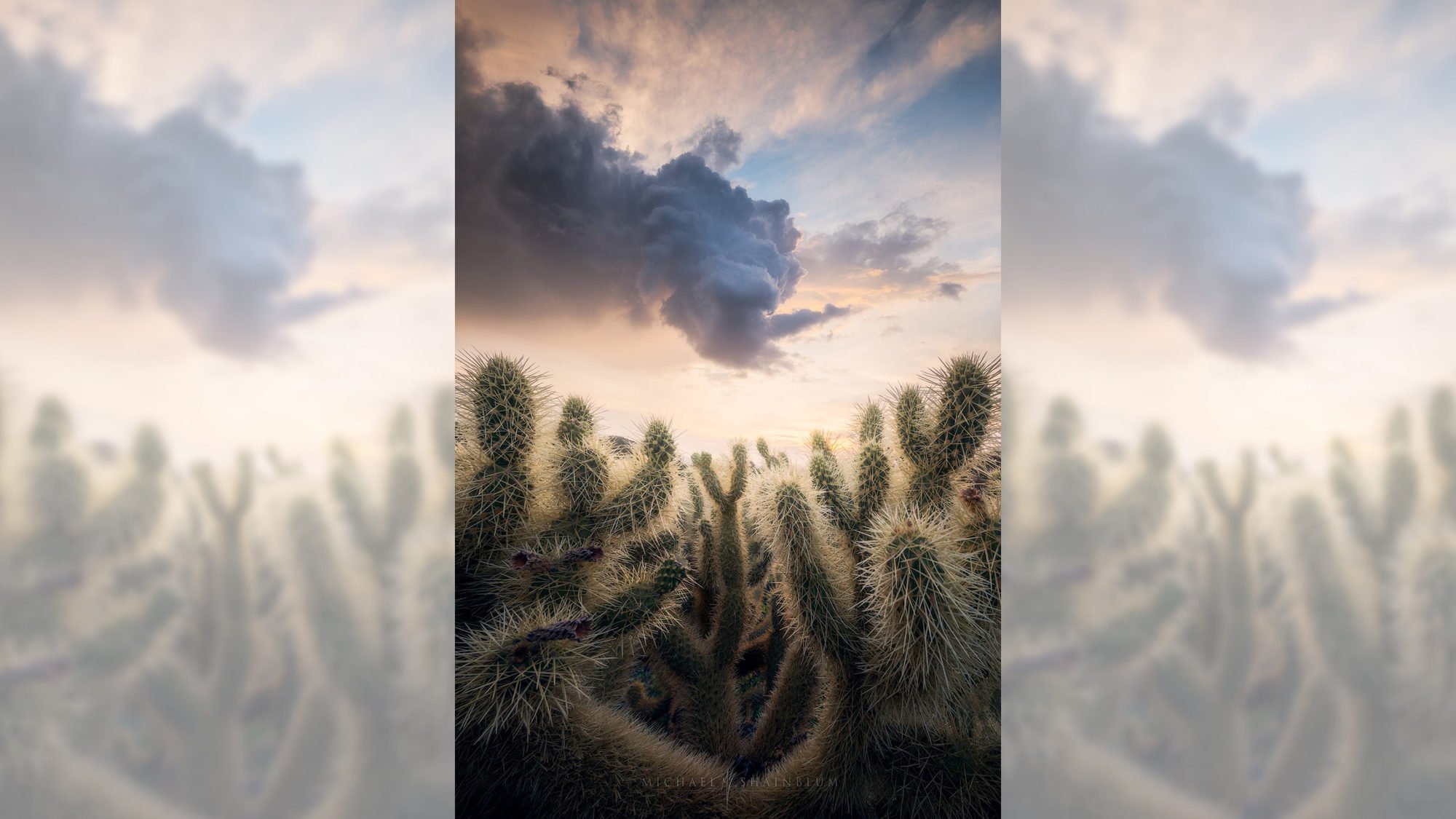 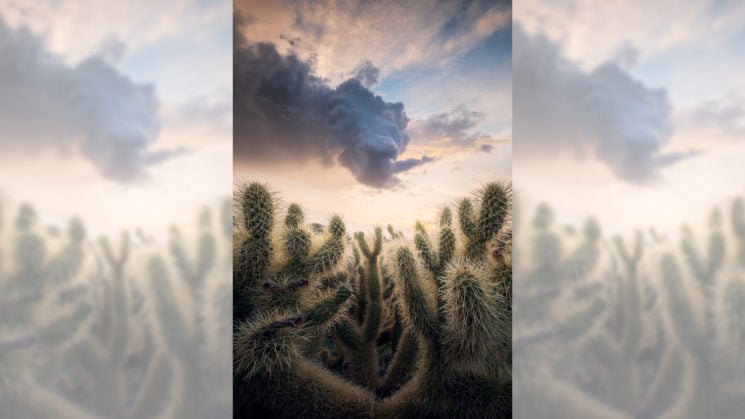 Remember when we were kids searching for shapes in the clouds? Okay, I still do it, but looks like I’m not the only one. Michael Shainblum’s recent image shows a dragon approaching – and “the dragon” is made of storm clouds. I was blown away by the photo, so I chatted with Michael a bit about how he took it.

Michael was actually chasing a storm to shoot, but he also took photos of some cacti before the dark. He used a Sony A1 and a wide-angle zoom lens, Sony 16-35mm. The sun was already low, so the cacti were bathed in sunlight, looking gorgeous. Michael started with a panoramic image captured from the bottom upwards. The dramatic clouds were already visible in the sky, but no trace of the storm (or dragons) just yet. Michael got a bit lower for the second shot. He took a single photo which he liked a lot and then noticed how the clouds looked almost like “little monsters” floating in the sky.

You know what they say: third time’s a charm. Michael turned around, this time facing the sun. He took another photo ended up with the image that became his favorite of the three. The image that also grabbed my attention as soon as I saw it: 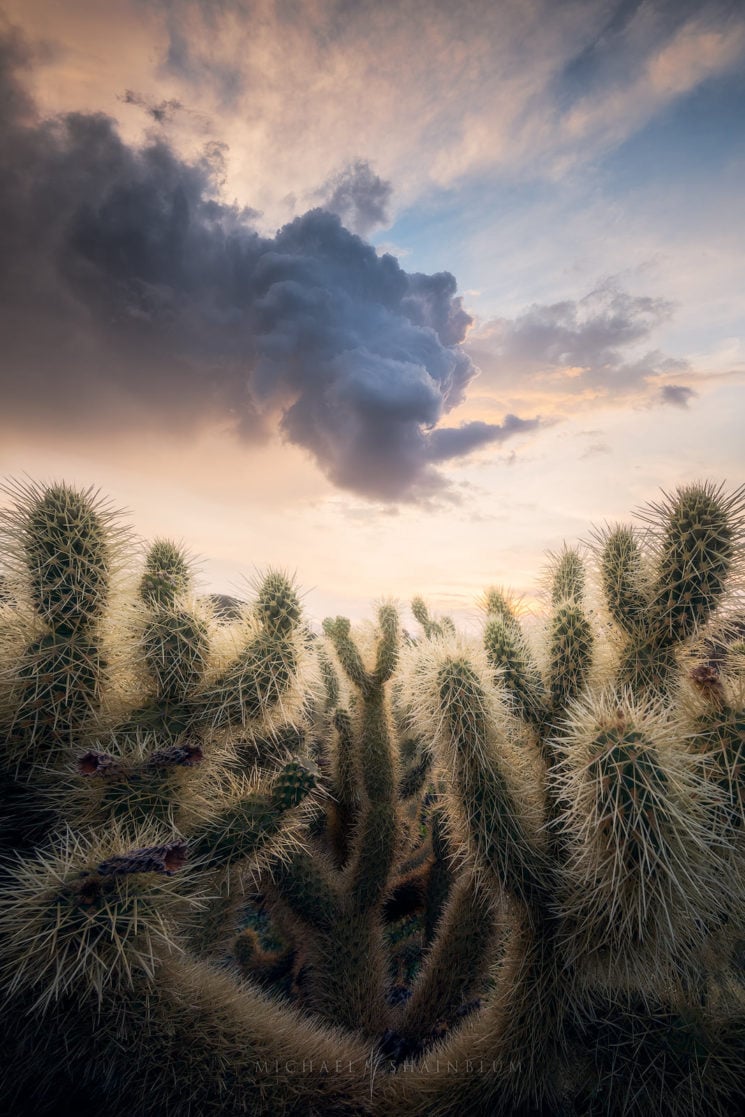 “I love scenes like this when you can transform seemingly ordinary things, make them just a little bit more fantasy-like,” Michael explains. “These [cacti] almost look like little aliens observing the formation of the storm out there in the distance. Almost like the storm has the audience of little creatures.”

What I first saw was the dragon made of clouds. To me, it looks like these “little aliens” are observing the dragon that’s approaching them, and it gives a whole new dimension of drama and tension to the image. Michael saw it too, and titled the finished image “Approach of the Dragon.”

Funnily enough, Michael wasn’t sure about this image when he first took it. He was rushing a bit so he wasn’t too dedicated to the shot. But once he took it to Lightroom and edited it, it ended up being his favorite from the series. As he admits, it happens pretty often: the images he questions most eventually become his favorite. So I’m glad that he decided to keep this one!

Michael shared the process behind taking this photo in the video above. But there’s much more to watch and like in it. After photographing the cacti and “the dragon,” the sun set and the storm started in the distance. The lightings began to strike and Michael devoted his time to shooting the thunderstorm, ending up with some more beautiful shots.

The very next day, Michael went out again. It was his birthday, and nature gave him quite a  fireworks! But more than that, he was able to shoot it and he was rewarded with his favorite lighting shot that he’s ever taken. Quite a gift right?

Harrowing ‘The Bitter Death of Birds’ Wins Environmental Photo of the Year
Rode introduces its newest entry-level on-camera Rode VideoMicro II microphone
Nikon Z 28mm f/2.8 Review
What is Rembrandt Lighting and How to Use It for Portrait Photos
Photographer captures dramatic human face in wave on the Great Lakes