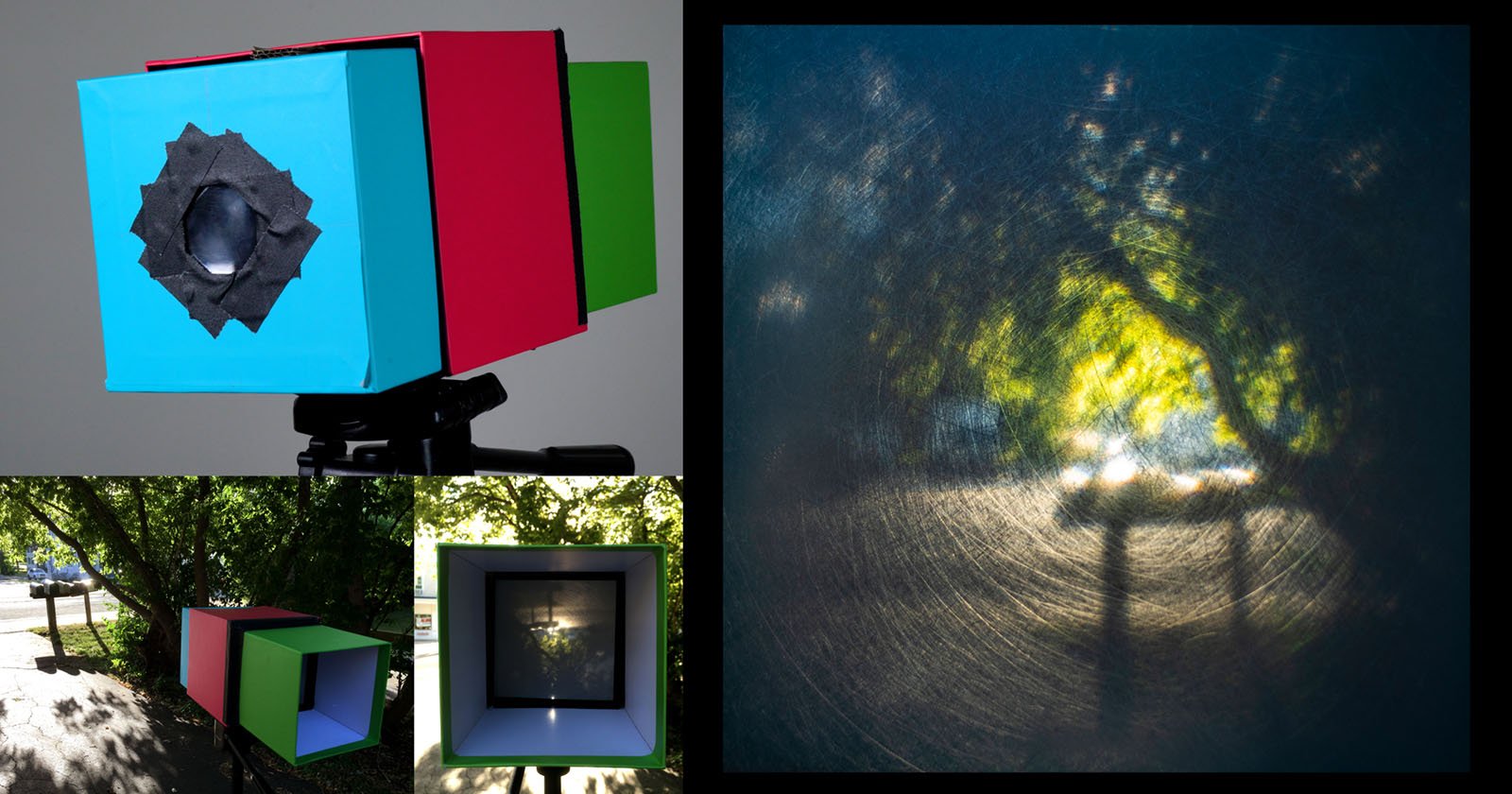 If you ever find yourself stuck indoors and in need of a fun and educational project, try building yourself a camera obscura. Here’s a 7-minute video by Fotodiox showing how you can put together a small DIY one with ordinary craft store supplies.

For the camera body, Sean of Fotodiox purchased a set of colorful nesting storage boxes. 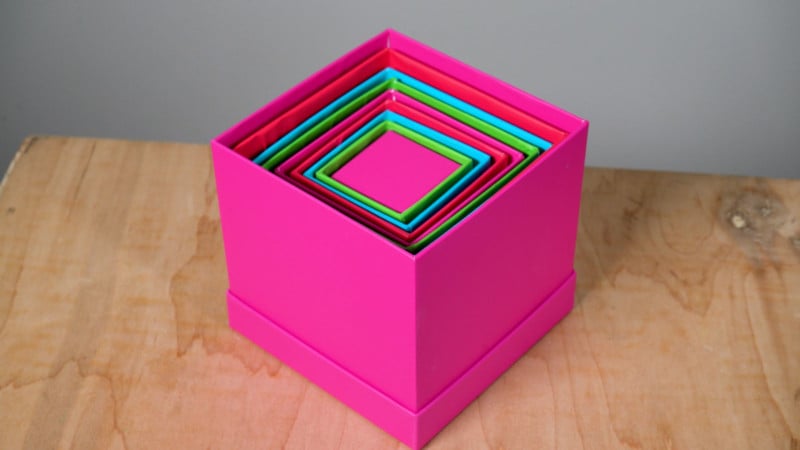 He created the “focusing mechanism” by sliding the second-largest box into the largest box backward. Moving it forward and backward allows the image to be focused on the rear plane of the larger box. 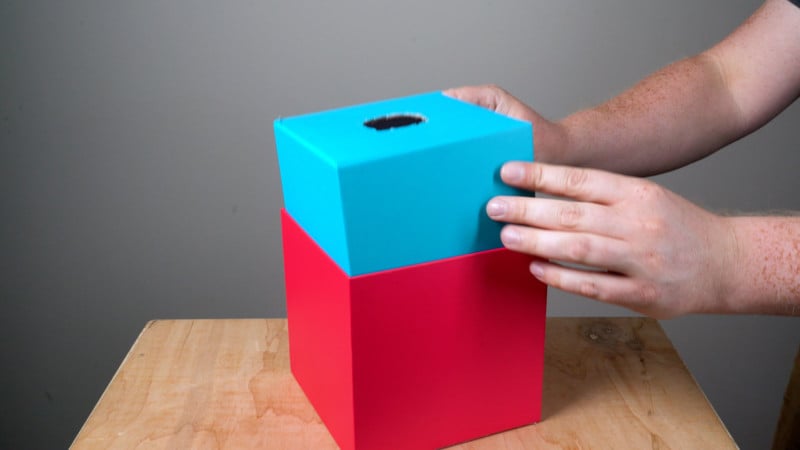 For the lens of the camera, Sean found a toy magnifying glass — the kind given out at kid parties as favors — that can work as a camera lens. 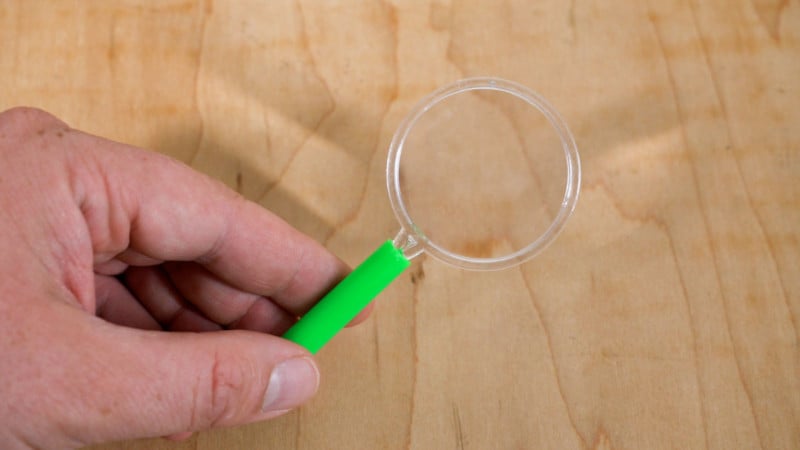 “I wanted something light and cheap, and this did the trick,” Sean says. 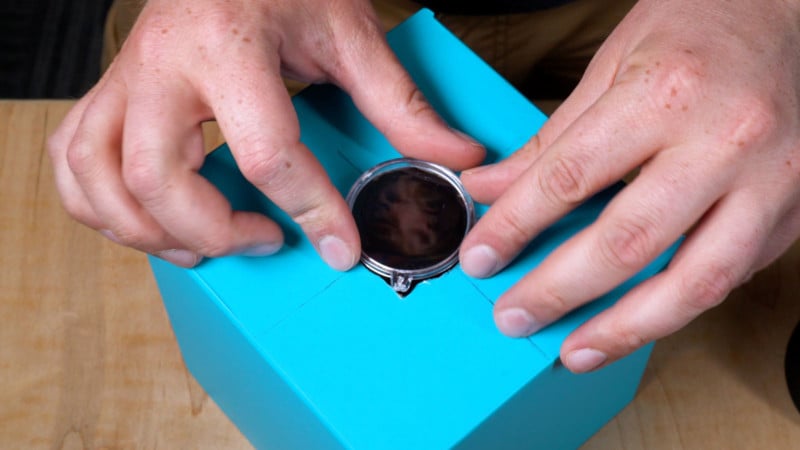 For the ground glass, Sean decided to use Shrinky Dinks, a kids activity product that uses sheets of polystyrene that can be cut and turned into plastic toys when heated. 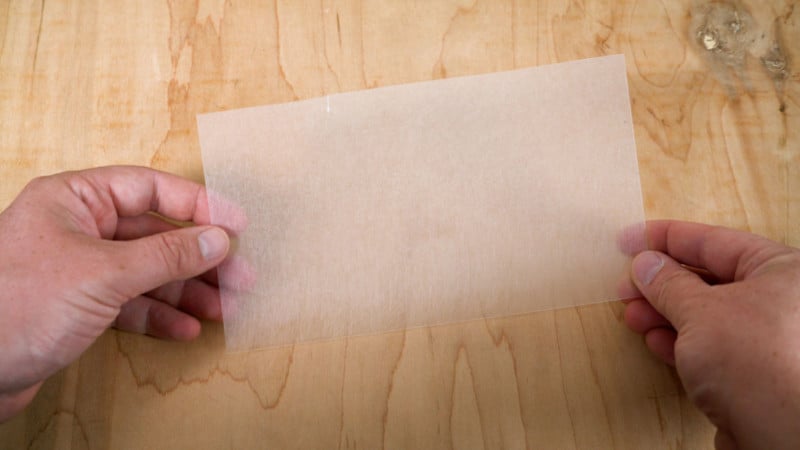 “I realized, looking at it, that it actually has a really nice textured surface to use as a ground glass to collect an image on,” Sean says. “I intentionally chose to use this material knowing that it would add some weird scratchy texture to my final image, and I actually like it.” 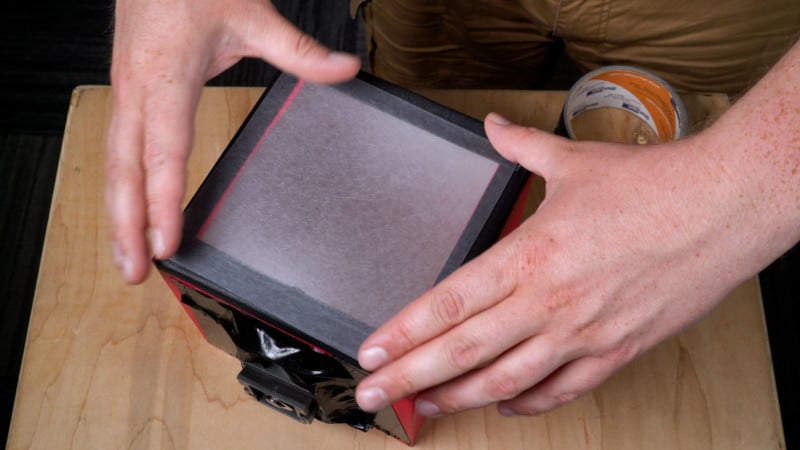 If you’re not a fan of the scratchy look, you can substitute the Shrinky Dinks sheets with a different material that has a smoother and more uniform texture.

Once Sean had finished putting together and taping his lens box and ground glass box, he attached a third bottomless box around the ground glass to shield it from light, allowing him to capture the images on the ground glass with an ordinary digital camera (with an additional black fabric covering himself and his camera for extra light blocking). 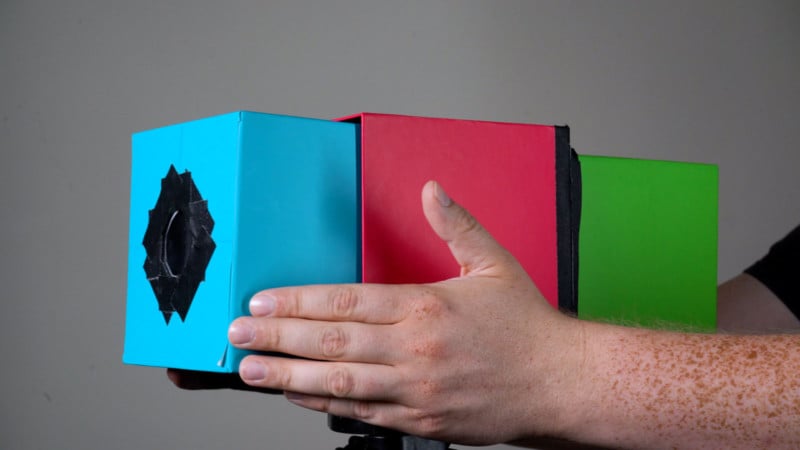 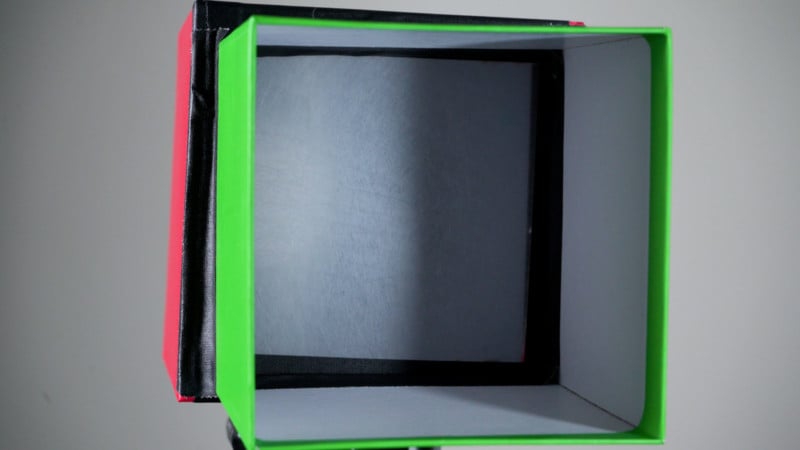 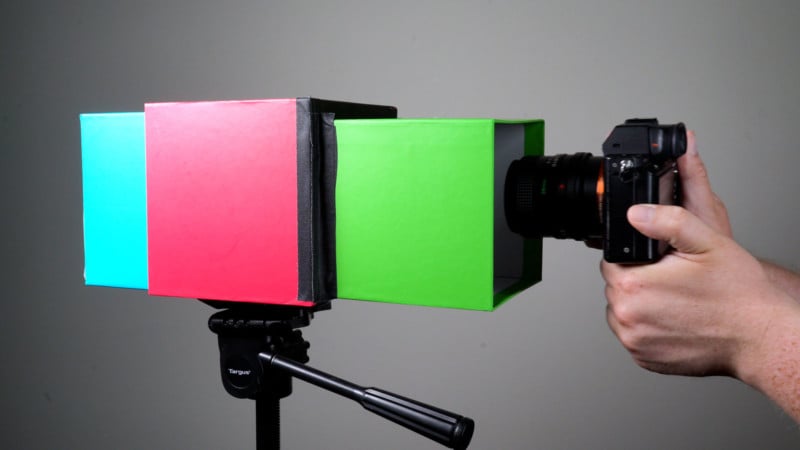 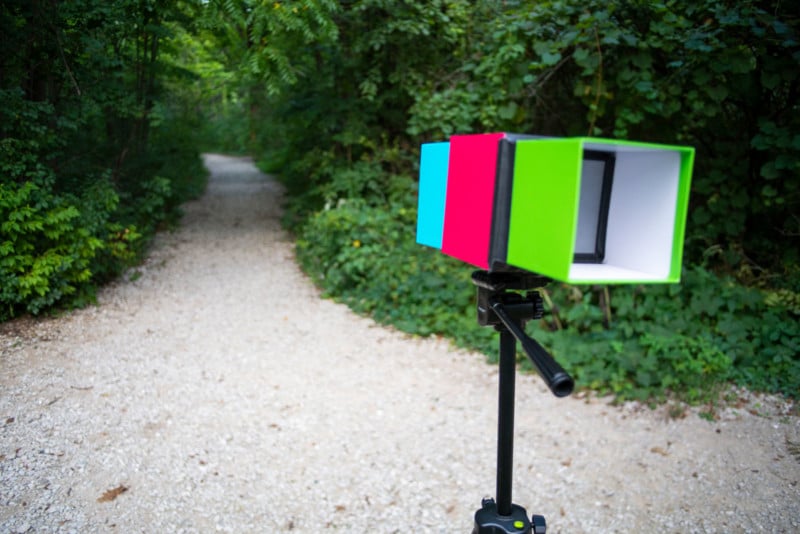 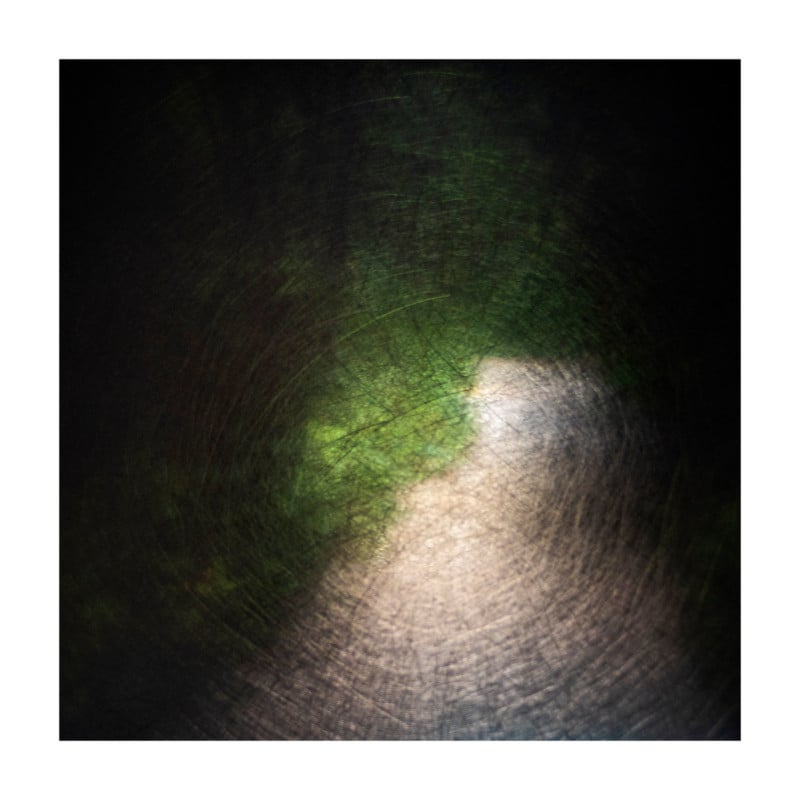 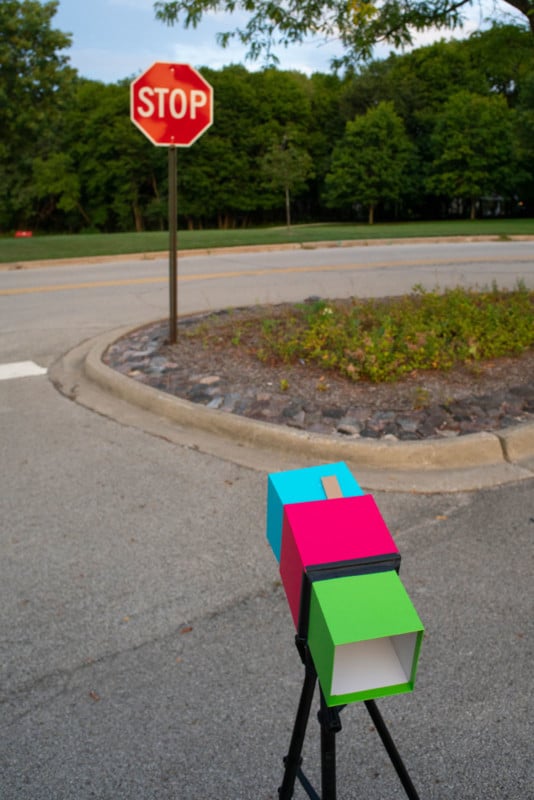 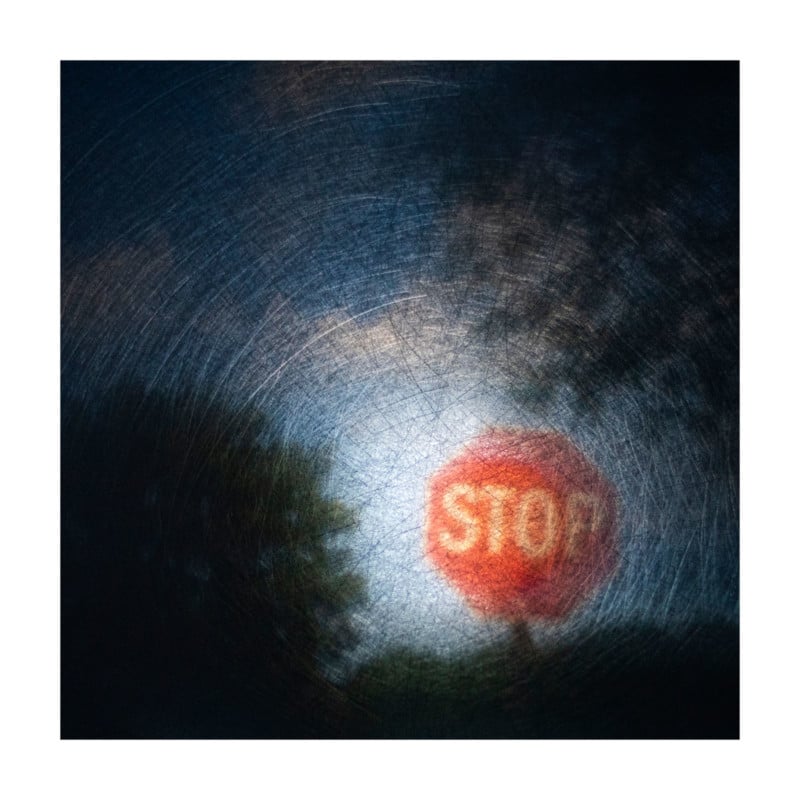 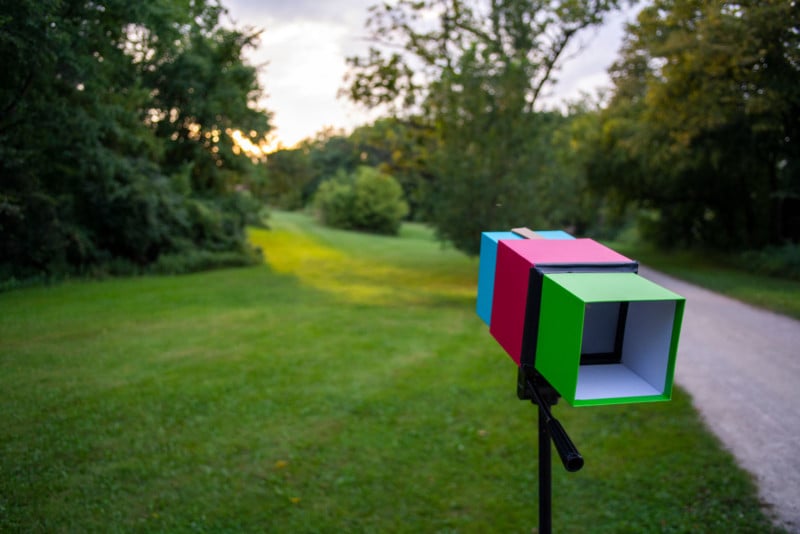 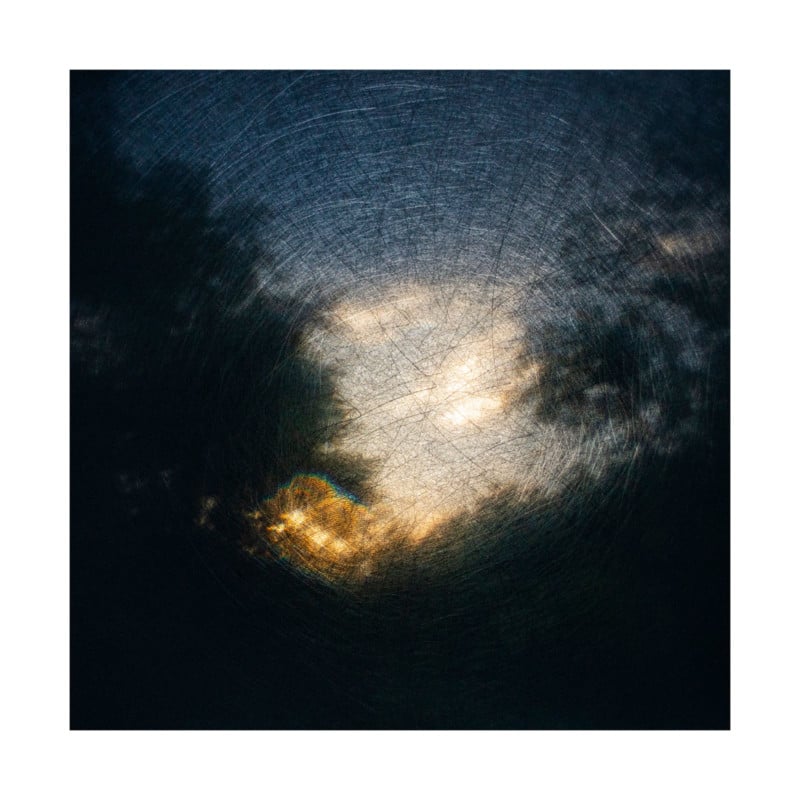 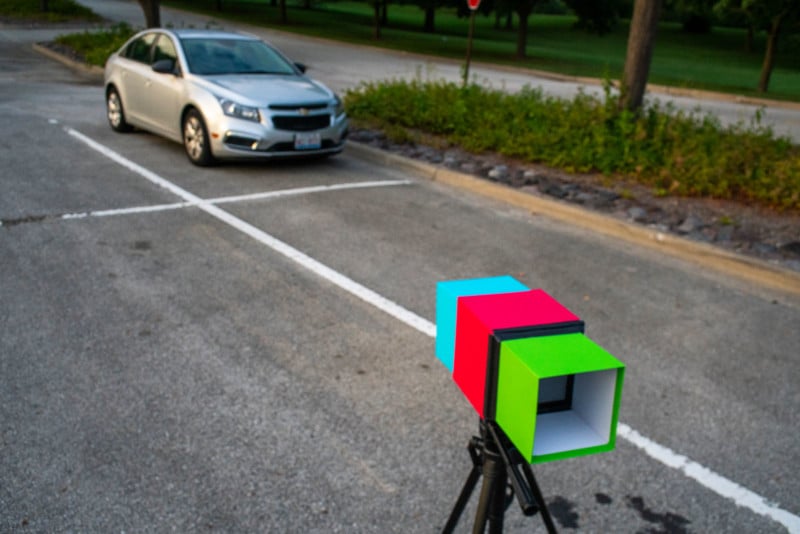 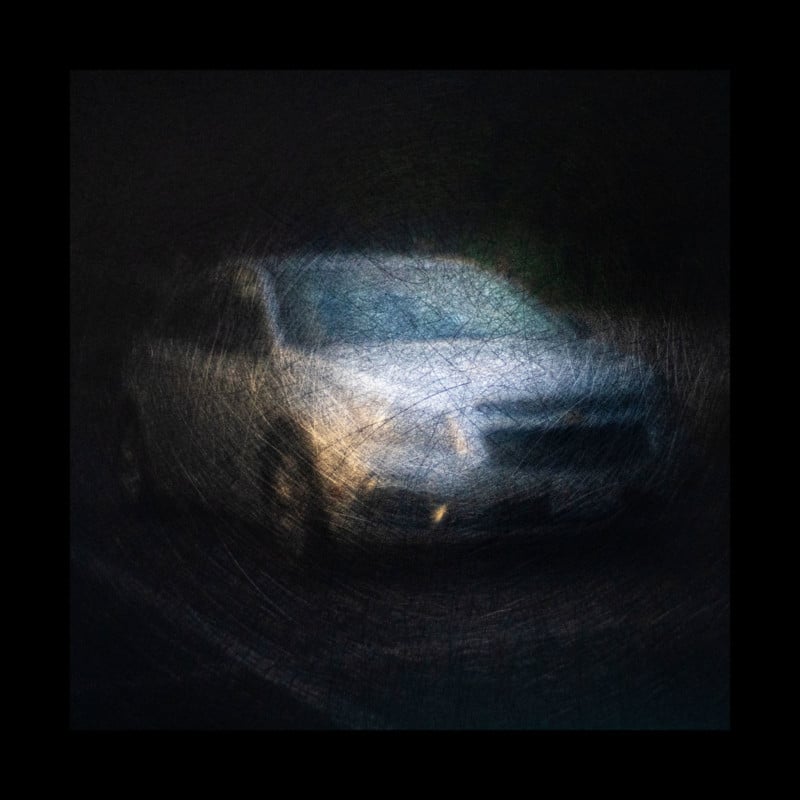 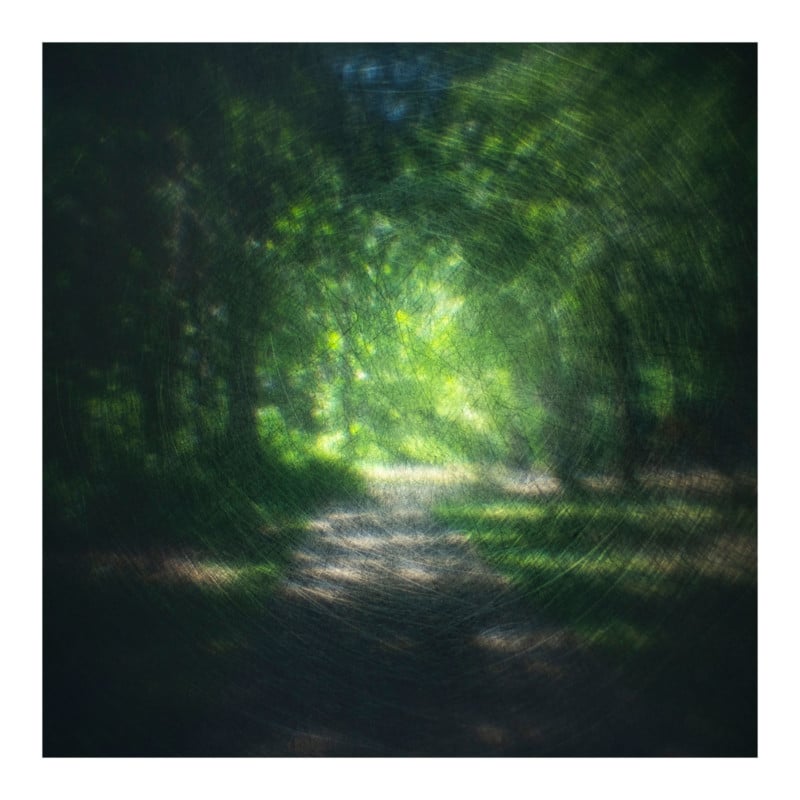 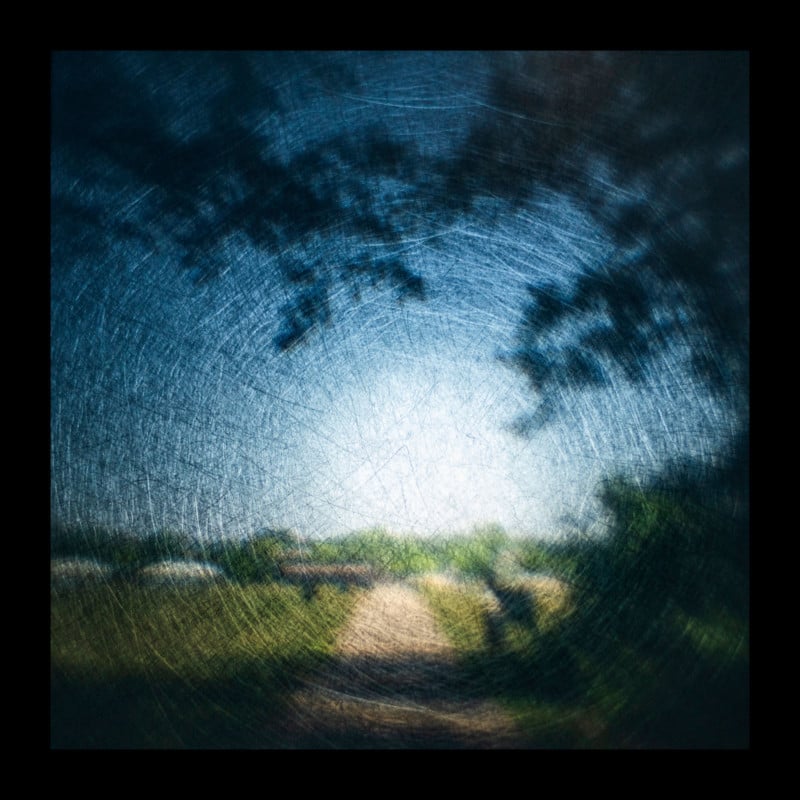 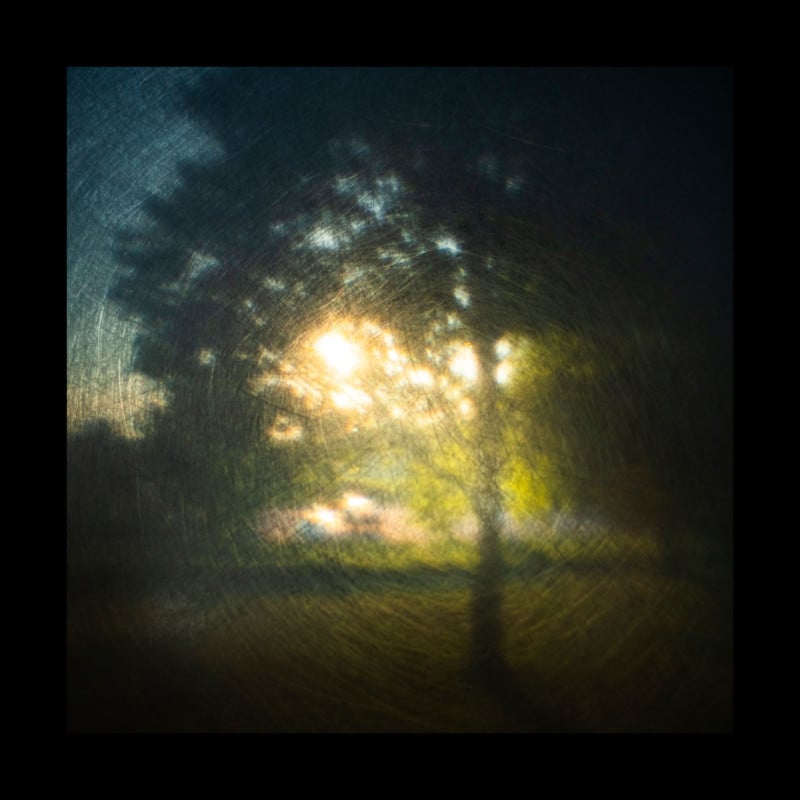