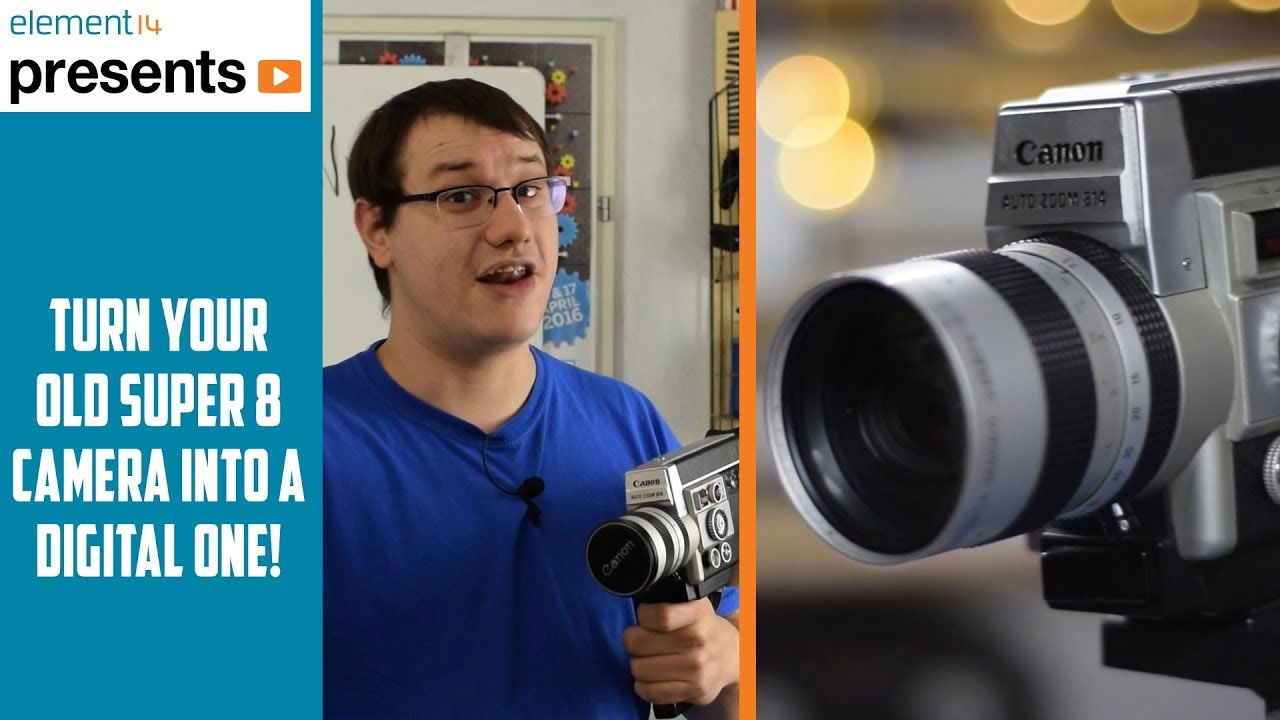 When old tech basically becomes completely practically obsolete, I love seeing it get a new lease of life and this is no exception. In this video, Clem from Element 14 found a Super 8 camera in the trash. After realising just how expensive it is to buy and develop the film for it, he decided to send it digital, replacing the film cartridge with a Raspberry Pi.

The great thing about this project is that the camera isn’t destroyed in the process. Electronics have gotten so small these days that you can just fit everything into the film cartridge slot and you’re good to go. If you ever want to shoot film with it again in the future, you’re good to go.

The first step was to figure out the hardware. To keep things as compact as possible, Clem chose the Raspberry Pi 3A+ along with the Raspberry Pi camera. He initially thought to use the internals of a USB webcam, but the Pi camera offered him better mounting options. Then it was on to designing a case to fit them all in that was the same format as the film cartridges normally used in the camera.

Clem used a few tricks to line up the camera with the projection from the lens and wrote some code to make the Pi a little more interactive through buttons and LEDs on the GPIO pins.

The final result doesn’t look quite like Super 8, but with a bit more tweaking, you could definitely get it close. But the result Clem has now is still pretty cool!

You can find out more about the project, see the bill of materials and the ensuing discussion on the Element 14 forums.

Godox takes us back to the ’80s with the retro-themed Lux Junior on-camera flash
The Story of the FPoleV: The ‘Not a Drone’ Action Photography Tool
Nikon Z30 Announcement: Video-Oriented, Viewfinder-Free, Uninspiring
The Xiaomi 12S Ultra Smartphone Will Use a Full Sony 1-Inch Sensor
How to Work With Your Spouse in a Photography Business